IoT and Analytics- Redefining the Future of Business

Internet has over the years reached billions of people worldwide. Everything now comes under the purview of IoT, and this along with analytics is a massive opportunity for business. We keep hearing about Internet of Things (IoT) but what does it really mean? And people say it’s the next big thing but have we been able to truly the harvest the power of internet of things beyond proof of concept products or services?

By internet of things, it implies a World Wide Web connected network of devices; anything that can collect information from its environment as well as do things which can be as simple as turning on light switches. 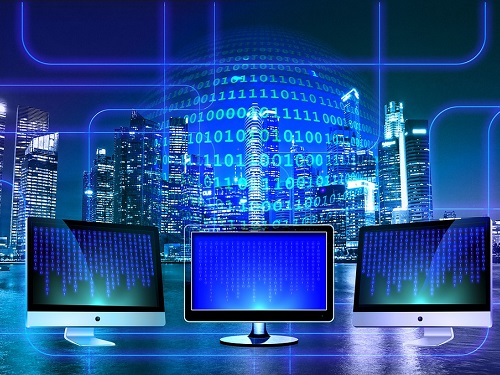 All the data collected by a huge network of such sensors will be useless unless they have been sufficiently processed to derive patterns that which can help people make better choices. For example, take the Map Navigation software. The traffic is measured by road side sensors, highway cameras as well as other Android or Apple devices accessing Maps for navigation. It then charts out a route that is optimized for time (mostly) and distance. This is one example where a network of devices work in tandem to help other users.

But what is the pitfall of such an apparent helpful service? Say the most commonly used road X from point A to B is crowded. Online maps shows an alternative route Y. And this it will do for all users. But our traffic police, which is anyway pushed to limit in almost all parts of the country, does not have access to the information that now a greater number of cars will be coming via route Y. It will not be able to deploy enough resources along the alternative route dynamically and fast enough to avert a potential traffic pile up on the otherwise emptier route Y.

In principle, a true IoT network coupled with efficient analysis algorithms will be able to close the above highlighted gap. And one missing feature that people normally do not associate with an IoT network is an option for human input. The existing algorithms relies heavily upon machine learning but rarely takes into account human intuition. But there is no denying that human intuition can be wrong but neglecting it can result in less efficient systems.

Last year alone IoT devices collected an estimated 200 Exabyte of data (that is 2 followed by a lot of digits). To process this data we need ever increasing faster networks and servers. To some extent we are limited by hardware processing capabilities, but what is more lacking is the acceptance of the fact that unless major strides are taken close the gap between acquiring and data processing, the full potential of IoT and analytics will never be realized.

Superficially one can say that there is a lack of a bridge between data and efficient analytics but from a more fundamental point of view, what is truly lacking is a framework that binds all of them together. The way data is collected and analysed varies across enterprises. There needs to be a common standard how the data is amalgamated. It makes implementation easier.

We truly haven’t understood the full impact that analytics and IoT can have. Every now and then there are innovative applications that people hear about but they are very specific.

One of my particular favourite is what is called predictive maintenance that has the potential of saving billions of dollars in maintenance of large scale industrial plants. It analyses data from tons of sensors connected in a plant and from past history, case studies, warranty documents and user inputs predicts whether breakdown of a system is imminent or not. It can be used to send data to the manufacturer to start the shipment of replacements. It can serve as a quick reference to the quality and overhead costs incurred by using products from a particular manufacturer when handing out tenders in future. It eliminates any cognitive bias that can be formed because of dubious marketing.

But one of the major difference between utilizing analytics for data collected in a public domain vs in an industrial plant is the question of privacy. How much information about ourselves should we allow to go out to a wider audience? And who decides the wider audience? This is a question which is very difficult to answer.

Take for an example. If my eating habits were somehow to end up with my medical insurance company, and they increase my insurance premium, is that fair? But let’s say my eating habits are collected by a confidential medical database. In the future I develop a medical condition. Then comparing my dietary habits along with others who have been diagnosed with the same condition, exact faults in our diets can be pointed out and help my children from contracting the same medical condition. Seems fair in the second case but something seems wrong in the first case. Maybe it is our loss averse human mind. The cost of losing something is higher to human perception than gaining something equivalent. I can always invoke my right to privacy.

But what if medical insurance companies refuse to insure me unless I give them access to the information. In a capitalistic economy, they have the right to defend themselves against potential losses and can push for such a requirement. Where do we draw the line? Which one do we choose?

This is just like the dilemma of signing a pre-nuptial agreement: gains and pitfalls in whatever we choose.

But more than the moral question of privacy, the security of personal data is of equal significance. In absence of a common framework, it is hard to ensure and maintain a very stringent requirements on data security across different domains especially when data is collected pertaining to human users. Industrial Internet of Things are anyway likely to be closed.

The last topic that I believe requires a more extensive study is the carbon footprint of IoT devices. We cannot ensure all bio-degradable materials to be used throughout an IoT device. Shouldn’t a common framework ensure that most components are to mandatorily make out of bio-degradable materials, meet certain energy efficiency standards? But enforcing a stricter adherence to such rules will push up the cost making it more difficult to be adopted on a wider scale. But the very concept of efficiency relies upon data-the more the merrier.

There is a long and interesting way to go before this marriage truly happens. And we will all be invited! This is one marriage that is going to happen eventually!

This article has been authored by Debamita Sinha from IMI Delhi