Netflix started with the on-demand video streaming services in the US and Canada. The company established in 1997, it started its subscription service in 1999 with mail order DVD and monthly subscription fees. It's amazing logistic chain with over 50 regional warehouses to distribute the DVD to its customer is the reason for success and growth during that time.

Netflix has always understood the power of data and has been investing on the data and analytics. Its innovation focused on only two things that is Data analytics and logistics, by 2007 it started its video streaming services. Its subscriber and member reached to 94 million in 2016, and expected growth of 100 million by first half of 2017. Its video streaming consumes 37% of downstream internet bandwidth during the prime Hours. Netflix has transformed much more than what it traditionally offered to the customer. They are the massive and huge fan of data and analytics. They use the analytics to know the customers: what their each customer watches? How much time do they spend watching? What content do they watch? Location of the users?, What time you watch the content? How many times you pause the content? Which content you fast forward and watch? Which content u repeatedly watches? 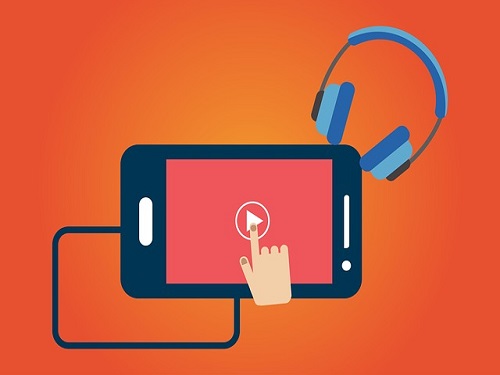 All these data are captured by Netflix to know what exactly the user wants and what they have to do to retain their customers. Their digital transformation can be seen in two ways

1. Technology- massive use of new technology

Netflix is a technology juggernaut which spending is mainly on the AI to make content spending decisions It shows that AI saves $1 billion per year. It improves its algorithms and uses them to reduce the human intervention in programming decisions. Netflix operates its own CDN (Called open Connect). This helps Netflix save bandwidth cost content being accessed from the same region cross multiple consumer groups. Netflix has a backup of the content on Google cloud storage; in case of any mishandling

of data it can recover the data in hours.

Netflix data analytics shows the company what the customer prefer watching, and it gives u the content accordingly. It basically gives the recommendation of the content for users to watch. It works towards personalization it directly theirs to communicate to the customers from their content and recommendation.

Example of House of Cards

Netflix House of Card started on February 1, 2013, was licensed y Netflix based on the analysis and data gathered by Netflix. They have observed that viewers who liked House Of card where fan of Kevin films and liked the movies directed by the David Fincher. They have algorithms to predict and understand the views preferences so they bet on Licensing House of Cards which turned out to be accurate

Analytics and data has made Netflix leader among its competitors. It is one of the few content generation company who mostly prefer data and analytics at this scale. Netflix receives better advantages among other competitors:

1. It does not believe in spending on the pilot episodes. Pilot episodes are the small episodes of the series of movies which are shown to the views before it gets launched or released so that the company can generate the success rate of the show. But Netflix data analytics itself shows the likelihood of a shows' success.

2. The success rate of Netflix shows are 80%

3. Netflix provides a customer with personalized experience. According, to the survey it shows that 75% of Netflix’s viewing is driven by the recommendation algorithm.

4. Their use of data and prediction of the success rate of the shows has helped them to reduce the cost on promotional advertisements and campaign budgets.

1. Netflix spends $1 billion on its algorithms.

2. Netflix member loses interest after 60-90 seconds of choosing something to watch.

3. It uses personalized video and recommendation on the viewers to watch similar kinds of show.

4. “Part of Netflix’s appeal knows what the customer wants before they want it.”

6. Operates according to the culture and country recommendations and suggestions.

Netflix has always focused on constant changing and flexibility of the business from DVD rental business to online video streaming to now owning a TV shows has taken up a speed growth. Their use of data analytics has helped the company to be more customers centric and provide quality experience to the viewers.