‘There are people in the world so hungry, that God cannot appear to them except in the form of bread’ - Mahatma Gandhi

India – World’s Leading Producer of Fresh fruits and Vegetables, Pulses, Rice and Wheat. Yet Malnutrition is a common phenomenon in India. 60% of children in India are underweight and malnourished and as a total 21% of the total population is malnourished. According to World Bank, productivity losses in India due to stunted growth, iodine deficiencies and iron deficiencies are equal to almost 3% of GDP. 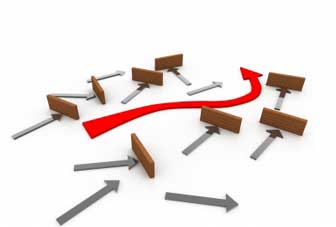 Growth in Agricultural Productivity has increased from 40% to 500% in the past 40 years, yet the availability of food remains a problem for many households in India. Poor Transportation System, Inefficient chain of traders, Absence of sheltered storage and cold storage facilities, Poor Food packaging are said to be the main reasons why Food Distribution in India is so poor.

India has the second longest Road Network in the world. But less than 2% of the entire road length is covered by National Highways. This 2% of the road handles 40% of the Cargo. We can’t expect the same vehicles to run in other smaller roads and we need to depend on other modes of transportation. Normal distance travelled by an Indian Truck is 250-300 km/day as against an International norm of 600-800 km/day. Also most of the roads in India can support only 16.2 tons as against an International norm of 36 tons.

Many of the Indian cities have brought in ‘Truck Curfews’ by blocking the trucks during day time. If the curfew is missed, the trucks have to be parked outside the city and there is a long delay. This type of delay becomes a problem in case of Perishable goods. For instance, it is said that 20% of the Tomatoes get rotten during Transit.

Railway network is not very suitable for transit of Food items as it does not provide end to end delivery in many cases. Port Infrastructure is very important for importing Food Items and the delay caused in the ports can have adverse effect. High dependence on manual labour and low technological presence impacts the supply chain lead time. The cost of an Import Container box in India is USD 500 as against USD 300-350 in foreign ports.

In India, only 6% of the logistics is organized. The absence of organized logistics paves way for delay in Transportation of food produces from the farm to the end consumer. There are lot of middlemen involved and the time taken for the produce to reach the end consumer results in Food Wastage and price hike.

Recently Government has introduced 100% FDI in Logistics Sector. Organized Logistics firms like DHL, TNT and FEDEX are coming into the markets, but they are limiting themselves to the commercial areas. This is mainly due to the lack of infrastructure in hinterland.

Two types of Warehousing are required for Food Produces. One is a sheltered Warehouse to store Food Grains like Rice, wheat and Cereals. The other one is Cold Storage Facility to store Fruits and Vegetables.

Many of the warehouses have inadequate capacity. The crop production has gone up significantly over the years, but the warehouses have not increased. In 2010-2011, the Food Grain produced was 233 Million Metric Tons. The storage capacity owned by the Government was 91 Million Metric Tons. As a result, many crops are stored in the Open Space and if it rains unexpectedly, then the food grains are damaged. Also due to the absence of Pest Control Mechanisms, 20% of the food grains are eaten by rodents each year. 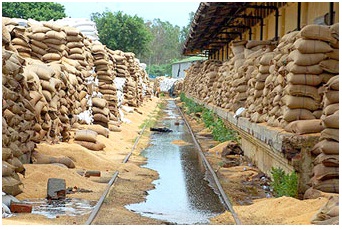 Farmers do not have any facilities to store the food produce in their place. So, if the Food Corporation of India procurement team doesn’t come on time and it rains, then the farmer is affected. This completely affects the farmer and hence the dominance of middle men comes in. In India, Farmers get one-third of the final price as compared to 66% in Western Countries.

The absence of Private Players in Warehousing is also a main concern. Most of the warehouses are controlled by Government and they are not able to expand as per the demand. Government Storage Facilities are poorly maintained and it also contributes to loss of Food Produce.

How to overcome the Barriers?

3PL are Service Providers who take care of End to End Delivery. The concept of single Logistics Service Provider (LSP) is at an infant level. Government must encourage 3PL players by easing the norms. A single logistics service means that there will be no loss of Food produces in between due to the presence of various players.

Government must encourage Private firms to set up Warehouses. The Government has already shown interest in this scheme, though Private Players are not very interested. There have been few cases of Private Public Partnership in this sector.

Adani Agri Logistics has tie up with Food Corporation of India (FCI) and has set up State of the Art Warehouses at seven places in the country. It has currently capacity of 0.6 mn Tons and is planning to increase the capacity to 2 mn Tons. Fully Integrated, IT enabled Operations makes sure that there is no loss in both Quality and Quantity of the Food Grains. These type of Firms must be encouraged by the Government. 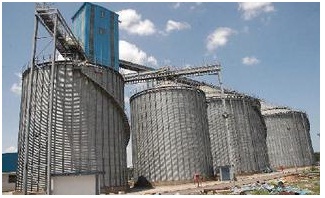 India is the World’s leading Producer of Fresh Fruits and Vegetables, but 40% of it is wasted due to absence of Cold Storage.

It is a common phenomenon to see the Tomatoes and Onions being overproduced during the rainy seasons and thrown away as garbage due to the absence of buyers. Since there are no storage facilities, the farmers don’t have any other way to sell the products.

If Storage Facilities are present, the vegetables can be stored for a longer time as shown in the below Figure. The storage facilities will be beneficial to both the Farmer and the End Consumer. 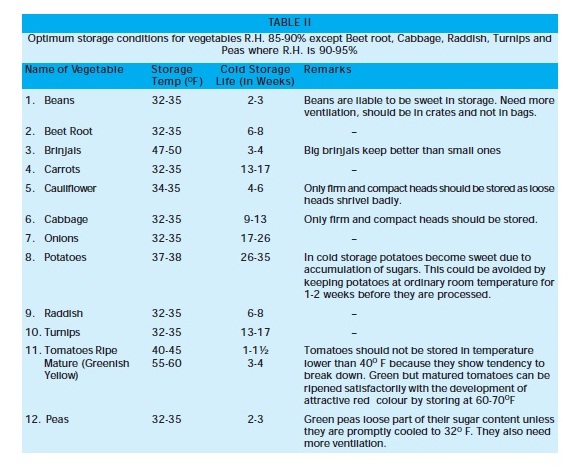 Some Cold Storage Warehouses could be created just outside the major cities. This will enhance smooth transit between different Transportation systems and will also smoothen the effect of Truck Curfew.

Back in 2009, in order to increase sales in Rural Areas, Coco Cola provided the retailers with small Solar Coolers ‘eKOCool’. They can store 48 cool drink bottles and can be easily carried. This enabled the retailers to store the Coke bottles without having to spend anything.

A similar scheme can be implemented by the Government, where the farmers can be given subsidy to buy such Solar Coolers. This would enable them to store the fruits and vegetables before selling. This will decrease the farmer’s dependence on middle men and the farmer can sell the produce as per the market demand.

The fact that we are the leading producers of Rice, Wheat, Fresh Fruits and Vegetables makes us proud. But the reality that it doesn’t reach the end consumer and 21% of our population is malnourished is hard to digest. One of the main reasons for this is the inefficient Supply Chain Management in the Agricultural Sector. It is high time that we focus on the gaps in the Supply Chain and bridge them by means of improving the Logistics Infrastructure.

This article has been authored by Karthick S, Vijay Krishnan A from Great Lakes Institute of Management, Chennai.