Impact of Technology on the Investment Process

Way back in 1971, C.P. Snow wrote about technology in the New York Times. He said, "Technology is a queer thing. It brings you great gifts with one hand, and it stabs you in the back with the other."

Indeed technology has shaped the way we conduct business and financial transactions. Technology is central to everything ranging from fixed income management or dealing with rising rates or finding alpha to justify fees.

The impact of technology on the investment process could be analysed by studying impact on- productivity, decision making, price transparency and the investment universe. 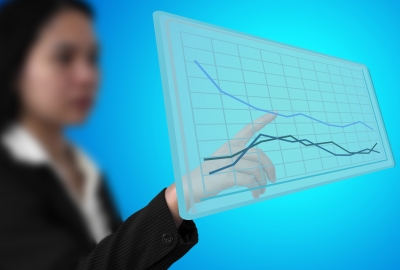 The rate of growth and progress in technology has been astounding. In 1965, Gordon Moore, co-founder of Intel, observed that the number of transistors per square inch on integrated circuits had doubled every 18 months from the invention of the integrated circuit. Moore’s law was thus, recognized as the doubling of the number of transistors on a computer chip every 18–24 months.

This prediction has been good for more than three decades, and it is fairly well known and understood.

Before the advent of various analytics tool, analysts had yield books. The yield book method was fairly accurate, but it was not fast. An analyst needed different books to deal with different kinds of securities—books for government bonds, books for corporate bonds and later, books for mortgage securities. The downside of this was constant change that was needed whenever there was any change in coupon rate.

In 1975, Compucorp introduced the 360 Bond Trader Calculator, which provided an actual readout. Monroe improved upon this machine in 1979 with its Trader Bond Calculator, which allowed one to calculate all the different kinds of bonds in one place. That method was common until IBM’s introduction of the PC in 1981. The downside of the IBM PC was that analysts had to program it to calculate price to yield. The upside was that they could program other things as well. Another drawback was that the original IBM PC did not have much memory, analysts could not easily create graphs and charts, and not many software packages were available for it.

The effect of all these innovations affected productivity. This is proved by a quick cost comparison of computing a bond yield.

Thirty years later, the IBM x335 servers which are currently used is capable of five billion floating point operations per second. So, the calculation requires a small fraction of a second and costs approximately $0.000000000013 per price–yield calculation.

According to Moore’s non-law, “something” should double every two years. And the period of these developments spans 30 years, so it should cost 215 or about 32,000 times less to do a bond pricing today than it did in 1974. But actually, it costs 37 million times less. So, some other factor has been causing a 1,000-fold improvement in the past 30 years. That factor is synergy: While the hardware was getting faster, it was also getting cheaper, smaller, and easier to use. In other words, a great technology synergy was enormously boosting productivity beyond Moore’s law/non-law.

While computers were getting faster, they were helping human beings to work faster. In 1974, a large Treasury transaction was usually a competitive endeavour. The investor would call up three or more dealers and tell them a bid was wanted, say 30 minutes later. Then, in 30 minutes, he would receive the bids and determine who had the winning bid and then notify the winner, the cover (the second place bidder), and the losers. Next, he would write up the tickets and book the trade. All could reasonably be done in an hour.

In 2004, 30 years later, systems like TradeWeb allow the trader to click on a bid quote of 10-year Treasuries, type or click on the quantity, select three to five dealers, and send off the requests for quotes (RFQs). In a matter of seconds, the quotes come back, the trader clicks on the best one, and the trade is booked automatically.

The most convenient and commonly used tool is the ‘spreadsheet’. The spreadsheet was a major advance to productivity because it brought computation to the masses.

The math needed for these models has become increasingly sophisticated. So, the programs require sophisticated software plus machines that are fast enough to get the job done in a reasonable time.

The third aspect of the great impact that technology has brought is the price transparency. In 1970s, prices were conveyed around the Street in ways such as “pink sheets” for Treasuries and “the blue list” for municipals. In 1972, an innovative firm called Cantor Fitzgerald started to actually display prices of the bonds that it traded on the Telerate System. This system was not much of a computer; it was more like cable television. The viewer could select the channel and see various markets with the prices displayed. It was a breakthrough in terms of quickly getting information on price action out to market participants. Price transparency has increased by leaps and bounds. And when market participants can see what is going on, markets become more and more sophisticated.

The fourth area in which technology has had a large impact is the investment universe itself. It is believed that the fixed-income market creates products based on participants’ ability to model them, to price them, and to manage their risks. The model is the product. Following are some examples where without the model, no product would exist:

The result of all that technology has delivered—price transparency, fast execution times, accurate models, lots of data, software to mine the data, and hedge vehicles in the form of derivatives—is that the fixed income market has become highly efficient. In an efficient market, price tells participants a story. The more efficient a market is, the harder it is to find alpha, which is a great irony because technology has provided all these great tools to do the investment manager’s job faster.

In future, some of the drivers that are likely to shape financial services and investment process are:

Technology makes markets more efficient, and by making markets more efficient, it makes alpha hard to find, but it also makes managers better at finding alpha. Similarly, technology introduces new products and new techniques into the marketplace, so the market becomes more complex. And a complex, efficient market raises the bar in terms of the skills needed to operate successfully in that market.

With newer trends bringing in the innovativeness to the business, it will enable financial services organizations to compete (and comply) more effectively in the global market-place.

The bottom line is that the significant business challenges have been effectively addressed through innovation in technology and IT delivery models. And for effective and efficient financial systems in future we need reinvention of technology, and information architectures that enables on demand business, anytime, anywhere, and on any device.

This article has been authored by Shubham Singh from LBSIM