Aviation industry in India has gone through turbulence with some of the carriers closing down and some of the existing airlines running under losses .To sustain in the highly competitive environment, specially for the low cost carriers, many airlines have implemented several cost cutting measures like purchasing only one type of aircraft to minimise maintenance costs, operating only economic class flights with reduced fares to accommodate as much passengers as possible. All these have lead to attract huge number of passengers and enormous increase of air traffic across Indian airspace. 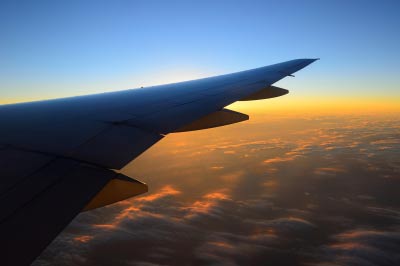 Nevertheless, this increase in air traffic cannot be sustainable alone without proper infrastructure, airport operations and air traffic control services. All these collectively play a major role in enhancing the growth of aviation industry by making flight operations safer and timelier. Though among the carriers, both private and government players exist, the infrastructure and the airport operations are mainly controlled by the Airports Authority of India, the public body. In recent times, some airport terminals are getting privatised and public private partnership is created for development of those but the air traffic management is solely owned by Airports Authority of India.

With the rise in number of flights, A.A.I  has come up with several measures for modernisation of air traffic management operations to ensure better utilisation of airspace ,safety , orderliness and expedition of the air traffic movements -

At present the Indian airspace is divided into 5 FIR-s namely- Chennai, Delhi, Guwahati, Kolkata and Mumbai FIR-S and

With the concept of upper airspace harmonisation for each FIR, the upper airspace above a specified flight level will be under the control of 1 Upper ACC. This results into the amalgamation of all ACC-s under each FIR into 1ACC and formation of 4Upper ACC-s - Chennai, Delhi, Kolkata and Mumbai in total (Kolkata will take charge of the upper Guwahati FIR airspace).Each of this 4 Upper ACC-s will have multiple sectors.

All other present ACC-s like Varanasi, Ahmedabad etc will be re-designated as Lower ACC with redesigned vertical and lateral jurisdictions.

Later, the 4 Upper ACC-s will be merged to form 2 Upper ACC-s in total. On such successful integration, the Indian airspace will be designated as Class A which means the following-

This means that there would be better control and co-ordination across the entire airspace.

The upper airspace harmonization has already taken shape in Chennai FIR. In the pilot project of Chennai FIR, Chennai will act as the upper ACC with 5 dynamic sectors and integration of 10 RADARs including a defence RADAR has already taken place. Hyderabad, Mangalore and Trivandrum will be now onwards acting as Lower ACC .

1.   Increased RADAR coverage- Previously some of the crossing points of flight paths were not covered under RADAR scope. This necessitated longer time separation between aircraft crossing at those particular points. Now installation of additional RADAR-s will provide surveillance of the entire airspace by VOR (VHF Omni-directional Range),ADS (Automatic Dependent Surveillance),MLAT (Multi-Lateration ) RADAR-s and smoothen the air-ground communication. This will reduce the time separation between aircraft at crossing points and thus can accommodate more aircraft in a particular path.

Cross Coupling of VHF would lead to multiple sectorization of the airspace thus facilitating the upper airspace integration .

The integration of several RADAR-s under each Upper Airspace ACC is possible by the implementation of ATS automation system discussed in the next paragraph.

Implementation of ATS automation system is completed in some ACC-s like Chennai, Mumbai, Delhi etc and it is about to be completed in some like Kolkata ACC. It is estimated that by mid 2014 all the existing ACC-s of India will start operations under the implemented Automation System.

The future of Civil Aviation in India is escalating upwards at a fast pace due to these rapid advancements in the Air Traffic Management Operations.

The article has bee authored by Dipanwita Ghosh, XLRI, Jamshedpur

1)I have worked as an Air Traffic Controller with Airports Authority of India for 3 years. I have witnessed the above mentioned developments myself.