What would you call operations spread over 3.2 million square km, covering a network of over 64,000 km, having over 6900 destinations with more than 1.6 million employees and catering to over 20 million people daily? There can only be one word - Stunning. This is what the Indian Railways system constitutes and thus it is such a huge operational phenomenon. 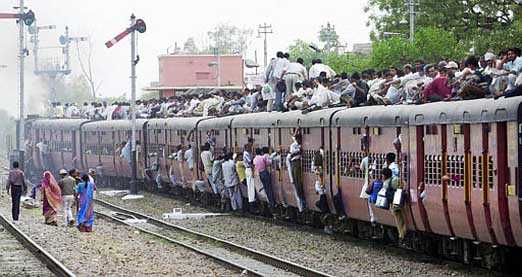 Railways were introduced in India during the colonial period in 1853 connecting Bombay to Thane, which were a luxury for passengers' convenience. It was introduced so as to provide better connectivity for transportation of goods. But now the extensive network of Indian Railways which is spread from the biggest metros to the remotest of villages forms the lifeline and pulse of the nation. Thus, effective operation of the entire system is extremely crucial, which the Indian Railways Authorities have managed to achieve with brilliance.

The operations within the railways system is an ocean within itself. From handling passenger queries to controlling ticket counters, from online bookings to passenger service, from managing railways stations to making security arrangements throughout the country, the operations within the Indian Railways are performed on a gigantic scale. Apart from handling passenger trains, Indian Railways also handles freights and simultaneously operations on multiple tracks are carried out efficiently.

From the operations perspective, Indian Railways can be the role model for organizations on how to go about dividing roles and responsibilities for effective control and command. A clear zonal indication must be present in companies, like the zonal breakup of the country in East, West, North, South and Central, for effective control. Similarly, special classification and operations of suburban railway systems is carried out like WR and CR of Mumbai, Delhi Metro and Kolkata Metro, for efficient authority and responsibility.

Apart from handling millions of passengers on board and in stations, Railways is constantly surrounded and prepared for unforeseen circumstances like natural disasters, floods, cyclones or even union strikes. The railways responsibly arranges for passenger treatment and security in cases of delay, prepares divergent routes and still manages to serve the people. Despite all these regular problems, the Railways continues to deliver quality service to all the passengers and businesses, and is the most reliable and dependable mode of travel across the length and breadth of the country.

Suburban railways in metropolitan cities are the prime example of Just-In-Time process, as trains arrive within the space of minutes according to their scheduled time, irrespective of the prevailing conditions. Moreover, handling local train’s alongwith long distance trains, is another activity which is performed effectively.

Operations performed in the Indian Railways system is an astonishing feat, which is growing and prospering by the minute. With the use of best technologies, latest locomotives, and finest passenger service facilities, Indian Railways is definitely an operational marvel, far beyond any in the entire world.