What is a Disaster?

A disaster is a natural or man-made event that negatively affects life, property, livelihood or industry often resulting in permanent changes to human societies, ecosystems and environment. 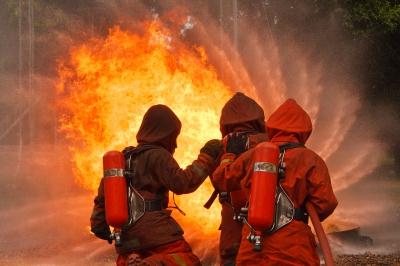 Why are we concerned with disasters?

Below are some graphs showing the impact of disasters: 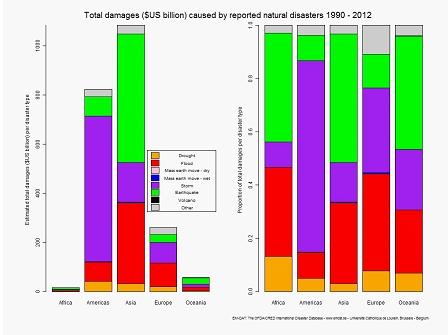 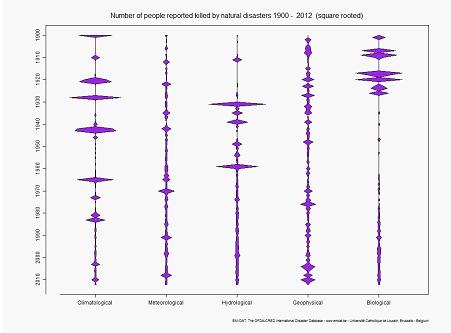 These graphs show the impact that disasters have caused in terms of Human Life and in Monetary Terms. The sheer magnitude of these is reason enough to worry about disasters.

Similarly disasters can also be considered in the business world in terms of their effect on the wealth, brand value as well as existence of organizations e.g. – failure of BL 5C batteries in Nokia cell phones, Toyota Car Recalls etc.,

Why do disasters happen?

“Disasters only occur when hazards come face to face with vulnerability”

A common pattern can be observed with the occurrence of all manmade disasters. The pattern goes as:

• A hairline problem, unnoticed or unattended leading to fracture.

• Presumption that we are immune to disasters

• No or insufficient corrective action

Disaster management can be defined as the organization and management of resources and responsibilities for dealing with all aspects of emergencies, in particular mitigation, preparedness, response and recovery in order to lessen the impact of disasters.

During the pre-impact stage, the focus should be on disaster mitigation and preparedness for the impending event whereas the post-impact phases have Response and Rehabilitation as the key steps.

Disaster mitigation is one of the key components of the disaster management system with an aim to avoid the disaster where possible i.e., in cases of manmade disasters and to lessen the impact of disaster otherwise. Mitigation is an important part of organization’s pro-active approach and requires understanding of risks and demands investment of resources with a long term view. Research suggests that a dollar spent on Mitigation saves 4$ in response a recovery/rehabilitation activities thus signifying the importance of Mitigation activities in minimizing economic losses. The following diagram demonstrates the key steps in the mitigation process. 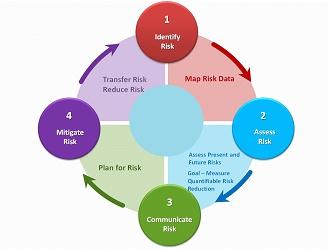 • Regular flooding resulting in loss of lives as well as property

• $15 million in damage were avoided

• Around 200,000 people have permanent injuries

• Out of 3 children born after Bhopal gas tragedy, only 1 survived

• Ignoring a few minor leaks which happened in the days preceding the actual disaster.

• Rapid evacuation of a large number of people beforehand

• Efficient early warnings to the residents through mobile phones and TV

• Deployment of 2,000 personnel of the National Disaster Response Force for preparedness

• Stockpiling of rations, water and medicines by central and state governments.

• Total casualties of around 20 people in comparison to 10,000 when a cyclone of similar magnitude hit in 1999

• 6000 sq.kms of area surrounding the power plant has been declared uninhabitable

• Contamination of fish and ground water

• Lack of an emergency response plan

Seven people died after taking extra-strength Tylenol capsules that had been laced with potassium cyanide, a deadly poison.

The company put customer safety first, recalled 31 million bottles of Tylenol worth $100 million worth and stopped all production and advertising of the product. It also got involved with the Chicago Police, FBI, and FDA in the search for the killer, and offered up a $100,000 reward. Post-crisis, the company reintroduced Tylenol with new tamper-resistant packaging and $2.50 off coupons thereby creating a positive image about the company and helping the Tylenol brand to recover

Rehabilitation in context of disaster management is to bring back things to normal state/ pre existent state. The challenges of operations in rehabilitation are:

• Fulfilment of scope i.e.- bringing things back to normal, overcoming all technical barriers

Timely action is the Key to effective Rehabilitation/Recovery.

Total estimated losses of $ 1.3 Billion and more than 1 Million houses were to be repaired and reconstructed apart from rehabilitation of water distribution system, restoring of electricity, slum development, restoration of roads etc.

For this many special bodies were formed including Gujarat Emergency Earthquake reconstruction Project (GEERP) which reconstructed and repaired the houses in record time of 2 years. For the rehabilitation work, the Gujarat State Disaster Management Authority was awarded the UN SASAKAWA award.

Example of Rehabilitation in Business situations:

The reporting of worms in chocolates led to fall in sales by 30% and also affected Cadbury’s brand perception as a whole. As a means to reinstate its quality program and also its perception as a quality brand Cadbury came up with 3 Ideas:

All these steps helped Cadbury regain its leadership with 70% market share and took 4-6 months with increase in spending by over 15% for the last quarter of FY 2003-04.

From the examples we have reflected upon in the case, some key learning with relation to operations in disaster management are:

• Disasters occur due to a chain of mistakes starting from a hairline, thus a vigil attitude can prevent disasters from happening

• Gap analysis and operations for gap reduction can prevent disasters

This article has been authored by Suneel Palukuri,Prabudh Jain from MDI Gurgaon

1. Robert, E.M. (2005). Will Your Next Mistake Be Fatal: Avoiding the Chain of Mistakes That Can Destroy Your Organization. New Jersey: Pearson Education