Freelancer Limited, the world’s largest freelancing, crowdsourcing and outsourcing marketplace in terms of number of projects and users, is headquartered in Sydney, New South Wales, Australia. 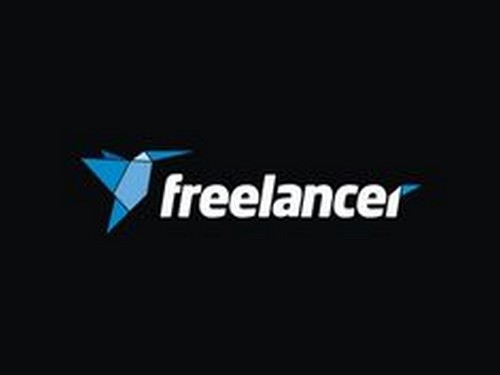 Freelancer makes client’s business more competitive, reduces cost and accelerates profit and growth. The company was incorporated in January, 2009. It acquired Swedish firm GetAFreelancer in May 2009 after raising an initial funding from Startive Capital. It launched Freelancer Marketplace, a virtual content marketplace in July, 2010. It acquired Freelancer.co.uk in November, 2010 and LimeExchange (a former business of Lime Labs LLC) in USA in December, 2010. In June, 2011, a Freelancer contest crowdsourcing platform was launched. Freelancer opened its Initial Public Offering in November, 2013.

NEXTDC, a leading Data-Centre-as-a-Service (DCaaS) provider in Australia, is headquartered in Brisbane, Australia. 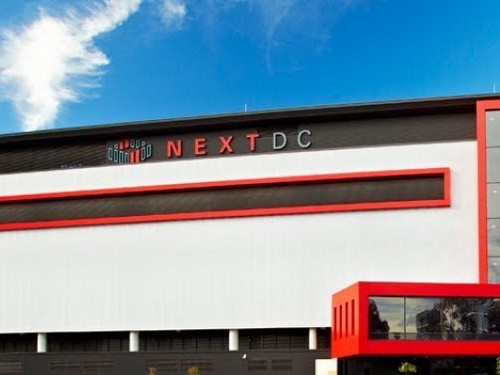 It is revolutionizing hybrid cloud computing in Australia. Mr. Bevan Slattery, one of Australia’s most successful IT and internet entrepreneurs, established the firm in May, 2010 to build and operate carrier and vendor neutral data centers in Australia and New Zealand. NEXTDC’s operations consisted of the acquisition and development of data center facilities and the recruitment of a high-performing team. It got listed on the Australian Stock Exchange after acquiring properties in Brisbane and Melbourne.

NEXTDC Limited designs, builds and operates data centers across Australia. The unique features of its DCaaS model offer a number of value propositions to the clients. In July 2012, NEXTDC announced the general release of ONEDC® customer portal and app, which was a world-first development in the data center industry. It also announced intention to launch Australia’s first listed data-center property fund, the Asia Pacific Data Centre Trust (APDC), to enable NEXTDC to recycle lower-yield assets. In March, 2015, it has announced Beta trial of new ONEDC Data Centre Intelligence SaaS platform.

GBST Holdings Limited is a software and services provider to the global financial services industry. 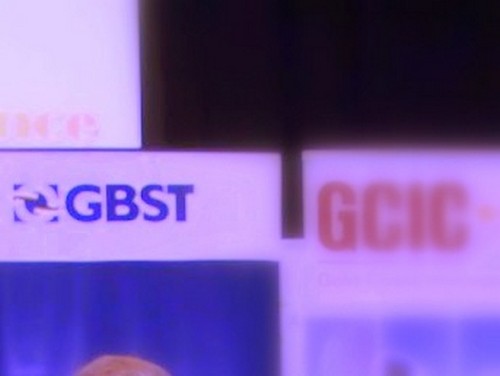 It is headquartered in Brisbane, Australia. GBST (then Star Systems) was established in Australia and New Zealand in 1984. GBST employs over 470 staffs in offices across Australia, Asia, the UK and the USA. It is also eyeing further penetration into North America and the broader Asian market place. It has 25 years of experience in delivering robust, innovative and reliable solutions for securities processing, capital markets and wealth administration. GBST’s continued investment in product development ensures its unique solutions to deliver unique business benefits to its clients.

GBST provides next generation, model-based software solutions and technology delivering unprecedented flexibility, scalability and efficiency. It also offers fully integrated systems to administer your front to back office needs in real-time. GBST Interactive Design is an award winning team specializing in digital and interactive development for the financial services market. The Syn~ platform is widely known Capital Markets platform. The platform provides a multi-entity, rules and workflow driven solution allowing the clients to make changes as needed without downtime and vendor dependency.

The Hansen Technologies Limited, headquartered in Doncaster Victoria, Australia, is a global company. 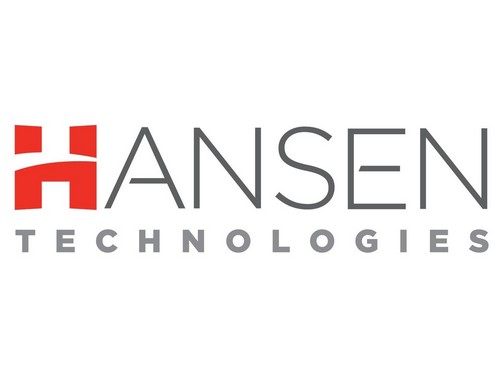 It specializes in developing, implementing and supporting proprietary customer care and billing solutions for telecommunications, energy and PAY TV service providers in over 45 countries. Hansen Technologies was founded in 1971, and since it has grown into a worldwide, trusted billing and customer care solution and facilities management provider. The Hansen family of products include: ICC, Banner CIS, HUB, Nirvanasoft, Peaceplus, the Utilisoft product set and also offers facilities management and outsourcing services. Presently, it employs more than 400 employees across the globe.

Isentia started off as a small Australian family business. 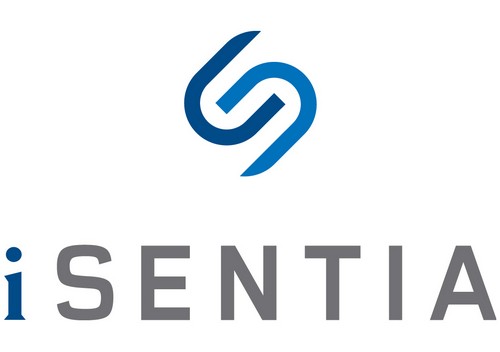 Currently, it is a global leader in delivering business intelligence across the Asia-Pacific. A Sydney-based advertising pioneer Neville Jeffress founded Isentia in 1982. Until recently the company was known as Media Monitors. Media Monitors successfully merged with other enterprising Australian companies with the vision to reshape the Australian media intelligence landscape.

Focus on innovation and success led to international expansion by the company. Isentia expanded operations in Singapore, went through a merger with New Zealand-based Media People, and consolidated in China through the successful acquisition of Sinofile between 2004 and 2008. Having been established as a proven listener in the global village of online conversations, adding Brandtology, Asia’s leading online business intelligence company, and BuzzNumbers, an Australian social media monitoring firm to the Isentia family reiterated a vision to integrate the social and traditional media.

In 2011 Isentia made an acquisition of MediaBanc, the largest and most experienced media intelligence organization in South East Asia. It also expanded its business into the Philippines, Thailand, Indonesia and Vietnam. It has most comprehensive media reach, most advanced search technology and talented people providing deeper insight and service excellence as major differentiators. 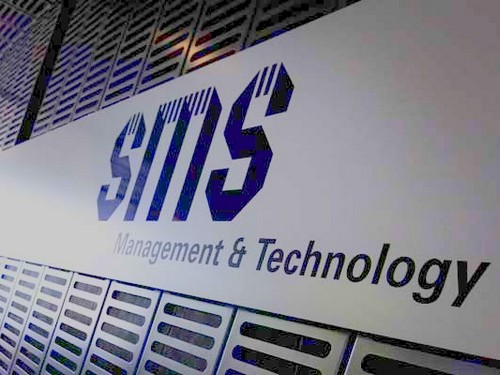 SMS was established in 1986 on the foundation of three core rules: add value, maintain unity and enhance reputation. Throughout its journey, these values remain central to the business, allowing it to continue delivering excellence.

It also specializes in offering clients deliver real business outcomes by improving how they use people, process and technology spanning from strategy advisory and design to digital enablement and managed services. Its advisory offerings include Strategy & Innovation, Customer Experience and Strategic Design. It provides a portfolio of solutions including Digital Enablement, Mobile Solutions and Application Development. As part of the managed services it offers Outsourced Operations, Streamlining Business and Cloud Services.

Technology One Limited is a Queensland-based business-to-business software manufacturer. 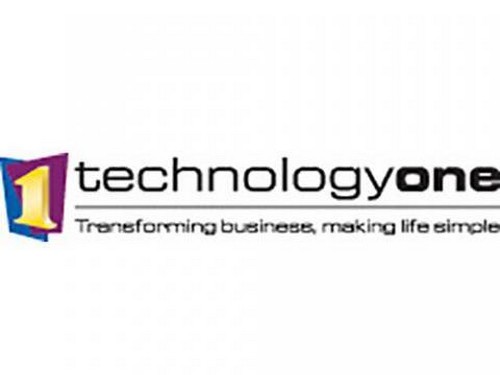 Its operations are spread across six countries. It creates solutions that transform business and make life simple for its clients. Over 1000 government departments, leading corporations and statutory authorities benefit from its software portfolio. It provides powerful, deeply integrated and easy-to-use enterprise software. It was established in 1987 in Hemmant, Brisbane.

Technology One gained accreditation to the International Standard ISO9001 (Quality Management system) in 1994. It opened the Service Delivery division in 1995. It got listed under Australian Stock Exchange in 1999. In 2008, the company acquired the technology of Outcome Manager to add TechnologyOne Performance Planning solution in its portfolio. It ventured into cloud computing in 2010. It unveiled OneBanking – the industry-first software for the financial services sector at the Abacus Convention in partnership with Police and Nurses Credit Society in 2011. It also launched OneWater – the first ever software solution designed in Australia to help water corporations and councils manage business operations. In 2013, the company launched OneFire and Rescue Services, an enterprise software solution for the emergency services market in UK.

UXC Limited is an end-to-end IT services company that specializes in solving problems and simplifying technology. 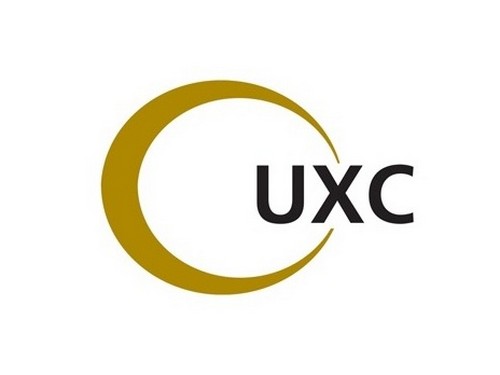 It is headquartered in Melbourne, Australia. It started back in 2002 through a successful merger of Utility Services Corporation and MITS with a vision to build a customer centric and locally owned ICT solutions company that was capable of competing with the multinationals. It has since evolved and achieved this aim through targeted acquisition and organic growth.

UXC established Oracle capability in 2004 and SAP in 2006. In 2011 it merged consulting and IT infrastructure businesses. It went through a series of acquisitions as it acquired Clarity, Convergence and Saltbush Group in 2014 in order to expand its businesses. Having experienced 12 consecutive years of growth, and with more than 2,900 employees UXC is listed in Australian Stock Exchange. The Consulting and Advisory business units with more than 550 resources help designing the right solution to match client needs. The services portfolio includes ICT Research, Change Management and Training, Strategy & Architecture; Program & Project Services, Service Management, Business Analysis, Cloud based Business Intelligence & Data Warehousing, Communications, Mobile Content Management, Digital Transaction Management; Information and CyberSecurity, and Quality Validation & Test Management,. It also offers a plethora of Enterprise Applications and IT infrastructure solutions.

IRESS Limited is an Australia-based software company that specializes in wealth management and financial services industry. 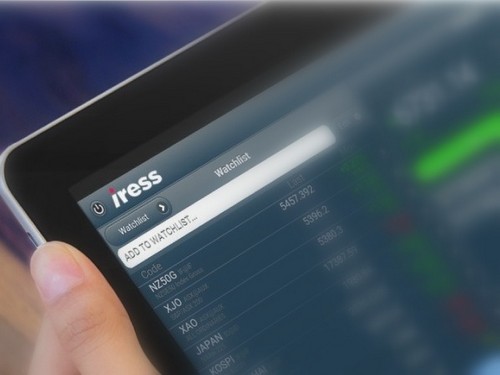 It is headquartered in Melbourne, Australia. In 1993, Dunai Financial Systems (DFS) was formed by Peter Dunai, Hung Do and Neil Detering. In June, 1995, IRESS equity information system was launched into the Australian marketplace. Bridge Information Systems acquires 80% of Dunai Financial Systems (DFS) and forms BridgeDFS in January, 1997. After getting listed in Australian Stock Exchange, BridgeDFS changes its name to IRESS Market Technology Limited in October, 2001. IRESS starts providing wealth management software solutions after the acquisition of XPLAN Technology Ltd. in March, 2003. In some of the recent acquisitions, IRESS acquired Peresys (Pty) Limited making it the leading provider of sell side and buy side financial markets technology in South Africa. In September 2013, it acquired Avelo FS Holdings Limited, a leading provider of financial services technology in the UK.

IRESS produces innovative solutions for serious financial market and wealth management participants. It provides two core products – IRESS and XPLAN. Both comprise of a trading and equity information platform, and a suite of financial planning and associated tools. IRESS clients range from large corporations to independent operators. It supports all financial market and wealth clients who need to manage and monitor industry information.

MYOB, a company headquartered in Victoria, Australia, is a leading provider of business management solutions. 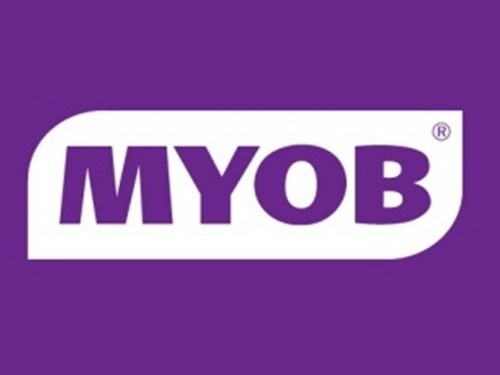 Christopher Lee and a team from Teleware, Inc., who developed accounting software, established MYOB in 1980s. Best Software, Inc. purchased Teleware in 1993. In 1997, Data-Tech Software, the Australian producer of the MYOB products, entered into a mutual agreement with Best Software to purchase the company (renamed MYOB, Inc.) and the intellectual property rights to the software were also sold. Data-Tech Software renamed to MYOB Limited and got listed on the Australian Stock Exchange on July 9, 1999. MYOB Limited went through a successful merger with Solution 6 Holdings in 2004. In August 2011, Archer Capital, a private equity consortium, sold MYOB to Bain Capital. The major acquisition led Bain Capital to hold a majority stake in MYOB alongside existing management who continued to be shareholders of the company. MYOB Group Limited was relisted to the Australian Stock Exchange on 4 May 2015.

The companies are ranked according to the criteria as described below.

2. These companies are ranked according to Revenue only, and Market Value only i.e. two separate rank lists are prepared.

3. Points were assigned to each company in these two lists depending upon their ranks. For example, in the list sorted according to revenue, rank 1 company, which has highest revenue, is assigned 100 points. Rank 2 company assigned points according to the ratio of its revenue with rank 1 company’s revenue.

4. Step 3 is repeated for assigning points to remaining companies and the other list.

5. Points obtained from the two lists are added for each company by giving equal weight to revenue, and market value.

6. The final top 10 companies’ list was prepared according to total points obtained in step 5.