Here is the list of top 10 media and broadcasting companies in India 2015. India is currently one of the largest television markets of the world. Emergence of new technologies in broadcasting has totally transformed this industry. India has also been producing the highest number of feature films, after Hollywood. Improvements in infrastructure such as freeing up long distance services, allowing fiber optic cable operators to enter into basic services, etc. have certainly helped in increasing the market penetration of this industry.

PVR Limited is the most popular Multiplex Cinema Exhibition Company in India. 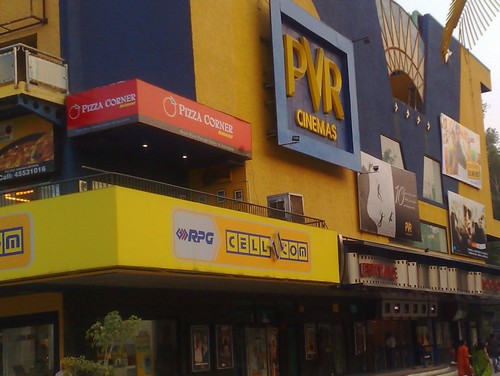 It is incorporated in the year 1995. It has the largest number of screens (more than 500) and is also the first to establishing the first multiplex cinema in India. It earns its revenues from cinema broadcasting, advertisements and sale of food and beverages in multiplex premises.

While the food sector business of PVR has been growing at an average rate of 20%, the increase in footfalls in 2015 over 2014 is around 4%.

IBN18 Broadcast Ltd is an Indian based company, into the business of broadcasting, telecasting, relaying and transmitting general news programs. 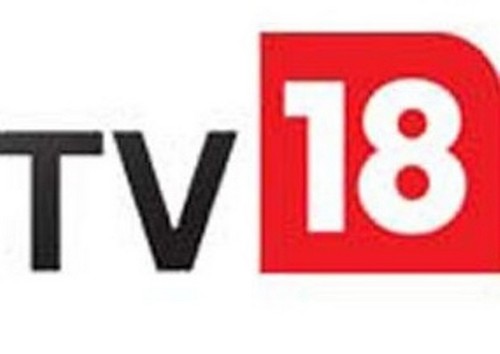 It was incorporated in 2005 as Global Broadcast News Pvt Ltd .The Company also operates 24-hour news channel CNN IBN and IBN 7. The major operation of the company is in media and entertainment industry.

The company also owns an internet news portal, www.ibnlive.com. The news, as well as videos are available on the website and also provide news alerts through SMS,etc. The ibnkhabar.com is the Hindi online platform for IBN7 and plays similar role as ibnlive.com.

The company bought shares of Web18 in 2008, constituting about 15% of the paid-up capital of Web18. The company also entered into Hindi news space by acquiring stake in Channel 7.It also forayed into regional news channels through JV’s with Lokmat Group for IBN Lokmat. They also have Joint venture agreements with Viacom18 Media Pvt Ltd, Jagran TV Pvt Ltd and BK Fincap Pvt Ltd for diversifying into entertainment space.

TV Today Networks (TVTN) Ltd is one of the leading English and Hindi news television networks. 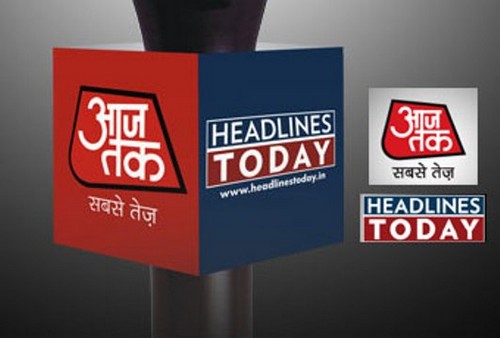 It was incorporated on December 28, 1999. They were the first Indian broadcasters to uplink from India, a 24 hour Hindi news channel. It is largely owned by Living Media Inc(more than 51% stake), which also publishes one of India’s top weeklies, India Today. It consists of popular news channels such as Aaj Tak(Hindi,launched 2000), Headlines Today(English,launched 2003), Tez(Hindi), Business Today(English) and Dilli Aaj Tak(Hindi launched 2006, specifically catering to Delhi viewers). Aaj Tak has been the recipient of the Indian Television Academy Awards for Best News Channel for record 12 years in a row. 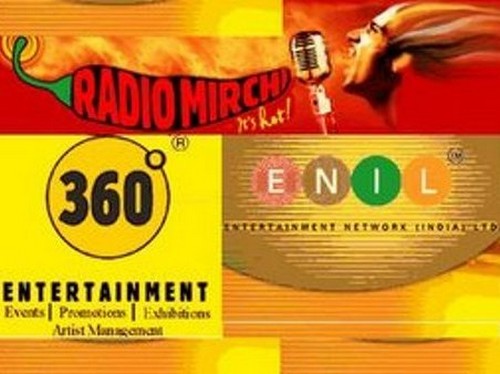 The company is majorly known for its radio broadcasting across the country under the brand name – Radio Mirchi. They are also into the event management and out-of-hoe media businesses under the brands ‘360 degree’ and ‘Times Out-of-home Media’ respectively.

The company was incorporated in 1999 and was owned by Times Infotainment India Ltd, a 100% owned subsidiary of Bennett Coleman and Company Ltd of Times Group. The company won the largest number of licences in 32 cities when government auctioned 108 FM frequencies and thus “Radio Mirchi – it’s hot” was born.

The channel has more than 41 million listeners (as per IRS Q4, 2010, last week recall) across stations. More than 40% of the radio revenues come from local advertisers. ENIL also has nine online stations, of which five were launched in 2013. ENIL also offers 17 radio feeds on a dial-in IVR platform, which is available across telecom networks. 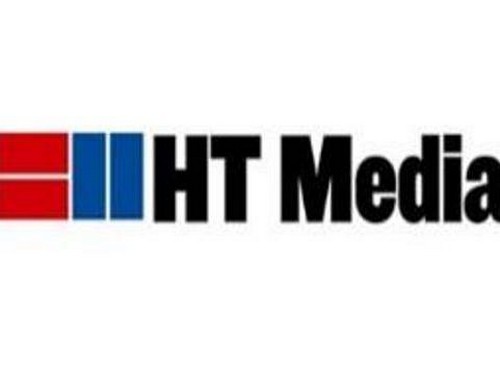 They also manage a website Livemint.com, an integrated finance portal. HT Media has also entered Radio segment with the channel Fever 104 FM in association with Virgin Radio. The Company was also awarded World Young Reader Prize in the years 2006 and 2007 by the World Association of Newspaper, France. The company expanded its radio operations by acquiring Radio business of HT Music and Entertainment Company Limited. It also ventured into other categories such as Radio, Online, Events,mobile marketing, etc. Hence HT Media is now a diversified media company and plans to consolidate its businesses into a well balanced portfolio.

Eros International Media Ltd, a part of the Eros Group, was incorporated in 1994 as a private limited company with the name Rishima International Pvt Ltd. 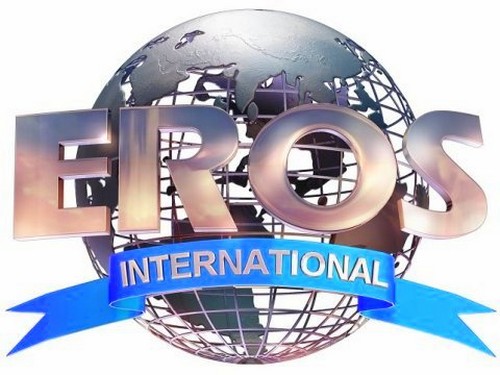 It is a global player within the Indian media and entertainment sector. It has offices in India, UK, USA, UAE, Singapore, etc. and earns revenues through various businesses such as home entertainment, theatres, television and digital new media.

They source Indian film content across various Indian languages and earn revenues through home entertainment distribution in India, Nepal and Bhutan. They source the content mainly through acquisitions from third parties and co-productions. The acquisition can be attained at various stages of film production, or also co-produce films from inception. They have rights to over 1000 films including Mughal-e-Azam, Lage Raho Munnabhai,etc.

The company entered into a strategic tie-ups with Star Network and T Series to be a part of their new ventures. It is currently led by Sunil Lulla and reported more than double PAT at Rs. 195.32 crores Q3-FY15 from Rs.158.30 crores in 9M-2014.

Jagran Prakashan Limited (JPL), was born in 1975 and is majorly into publisher business. 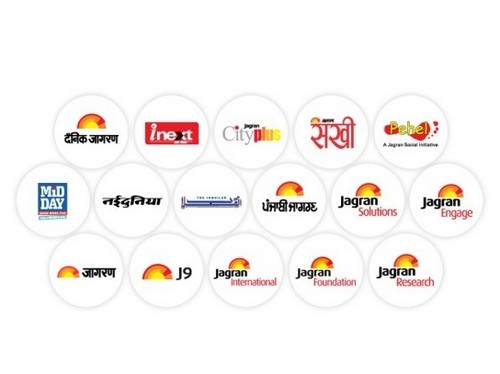 It is engaged in printing and publishing Jagran Prakashan Limited (JPL), magazines, journals and media related businesses.The company has also acquired popular newspapers such as ‘Dainik Jagran’ in Kanpur,Gorakhpur,etc. It launched the website www.jagran.com in 1997 for various purposes.

The company, in the year 2007 entered into a joint venture with Yahoo India, to launch a co-branded Hindi news channel and current affairs Internet property. It also entered a 50:50 joint venture with Network18 for expanding its business of print space. 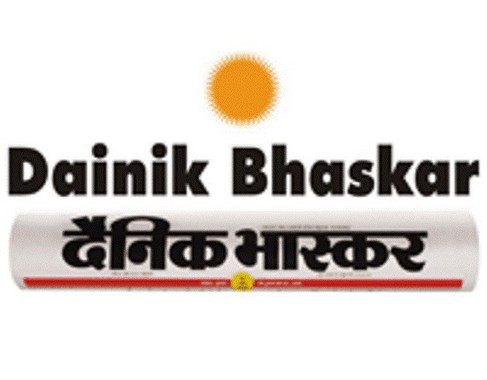 It was incorporated in the year 1995 as Multi-Tech Energy Ltd. The company also produces monthly magazine Aha Zindagi, Bal Bhaskar, Young Bhaskar to cater to different age groups. It has one of the largest newspaper production and distribution network in India, with installed capacity of approximately 1.94 million copies per hour.

The company through their subsidiary, Synergy Media Entertainment Limited, has a strong presence in radio business under the brand name My FM. It operates in 17 Indian cities such as Jaipur, Ahmedabad, Indore, Udaipur, Bhopal, Surat, etc.

The company is currently headed by Sudhir Agarwal who said that the company is striving towards market expansion along with tighter internal operating efficiencies and better expense management. The company has reported 3.2 percent higher PAT of Rs. 316.98 crore in FY15 against PAT of Rs.306.65 crore in FY14. 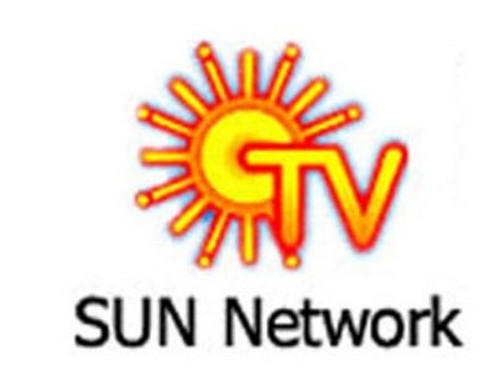 Sun TV Network also owns its own earth station, beaming programs directly to the satellite. The network is available to countries such as Australia, Europe and USA, Asia, South Africa. The company also won Indian Television Academy award for the best Telugu, Tamil, Malayalam and Kannada TV Channel for the year 2001. It has channels specific to fields such as movies, news, music, comedy,etc. along with general entertainment channels.

The company has started its radio operations in the year 2003 and it holds licenses for 45 FM Radio Stations across India. Sun TV Network Ltd through its subsidiary - South Asia FM Ltd (SAFL) had entered into a joint venture with Red FM to strengthen its FM Radio broadcasting business in the East, West and North Indian markets. 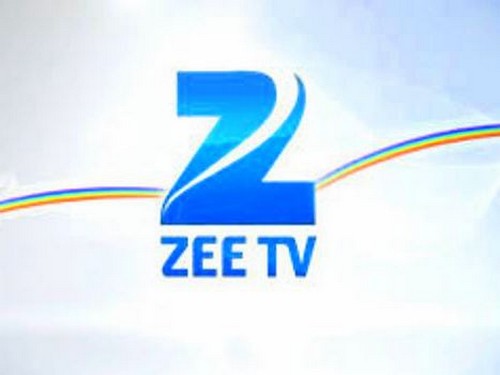 It was incorporated in the year 1982 and was previously known as Zee Telefilms Ltd. It is among the largest producers and aggregators of Hindi programs in the world. It also owns rights to more than 3000 movie titles and it has a presence worldwide with over 500 million viewers across 167 countries

During the year 1999-2000, the company has undertook several merger and demerger arrangements including demerging several regional channels and merging ETC networks, 9XM, etc.

The ranking of the top players in this industry has been done on the basis of Net profits made in the financial year 2014-15.