For More details about rankings and parameters, read on.

MTNL is a state-owned telecommunications company with operations in New Delhi, Mumbai and the island nation of Mauritius. 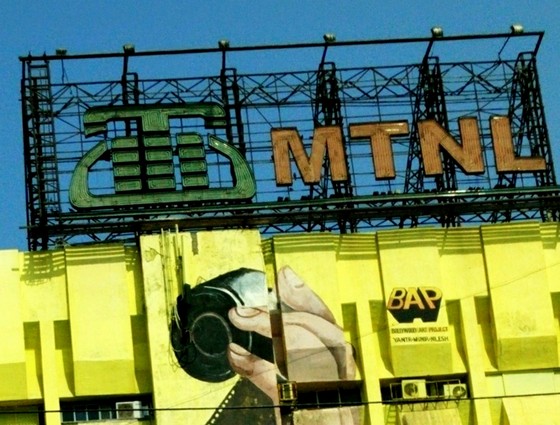 It was founded on 1st April, 1986 and has its headquarters in New Delhi, India. The authorized capital of the Company is Rs800 crores, and the paid up share capital is Rs630 crores divided into 63 crore share of Rs10 each.

At present, 56.25% equity shares are held by President of India & his nominees and remaining 43.75% shares are held by FIIs, Financial Institutions, Banks, Mutual Funds and others including individual investors. MTNL has been given Navratna status in 1997 and was listed in New York Stock Exchange in 2001.

The corporate objectives of MTNL are:

• To expand customer base and services.

• To provide latest technology and services to the customers, at affordable prices.

• To achieve the highest level of customer satisfaction and delight.

• To diversify in other areas for providing telecom services at national and international levels.

• To provide convergence of Telecom, Information Technology and related services.

• To improve productivity by training and redeployment of man-power.

• To work for social benefits.

Currently, MTNL has a subscriber base of approximately 7.09 million customers and a Total Revenue worth INR 30,003 million as per the financial reports of the Financial Year 2016-17. 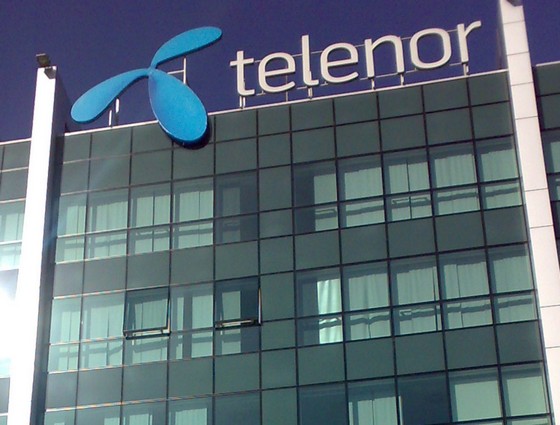 Uninor propelled in eight telecom hovers on 3 December 2009, in the wake of finishing one of the world's biggest GSM Greenfield dispatches which was additionally one of the speediest telecom move outs ever in India. As indicated by Uninor, the brand was worked around a desire serve the youthful, striving for India. After six months, 5 extra circles were propelled including metropolitan zones like Mumbai and Kolkata. As per the Financial Reports available, the company earned a Total Revenue of INR 6,032 million in the Financial Year 2016-17 but incurred a Net Loss of INR 7,846 million.

Tata Group is represented in the telecommunication sector via Tata Teleservices Limited. 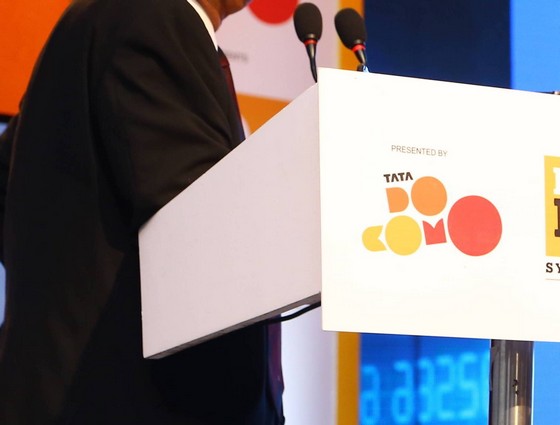 The company was founded in 1996 and has its headquarters in Mumbai, Maharashtra, India. It has a wide presence across key geographies, spanning over 19 telecom circles and operations in towns and villages across the country. The company offers integrated telecom solutions to its customers across wireline and wireless networks on GSM, CDMA & 3G platforms. In 1996, Tata Teleservices Limited was the pioneer of the CDMA technology platform in India.

In November 2008, Japanese telecom monster NTT Docomo bought a 26% equity stake in Tata Docomo, a backup of Tata Teleservices, for about ₹130.7 billion (US$2.0 billion) or an undertaking estimation of ₹502.69 billion (US$7.8 billion). NTT DOCOMO reported on 25 April 2014 that they will offer 100% of their offers in Tata DOCOMO to Tata Teleservices and leave Indian Telecom. The purpose behind exit is a result of colossal loss of $1.3 billion. In February 2008, TTSL reported that it would give CDMA versatile administrations focused towards the young, in relationship with the Virgin Group on a franchisee demonstrate premise. By April 1, 2015, all Virgin Mobile CDMA and GSM clients have been moved into the umbrella Tata Docomo mark (Tata Indicom for Delhi NCR).

Tata Teleservices is one of the most awarded brands in India for marketing excellence. Its brands, Tata Docomo and Tata Photon, have been very popular in the Indian telecom segment.

As per latest records, the company has an estimated subscriber base of 54.73 million and Total revenue of INR 52,785 million during the financial year 2016-17.

Reliance Jio Infocomm Limited or Jio is a LTE mobile network operator in India which was founded in the year 2010. 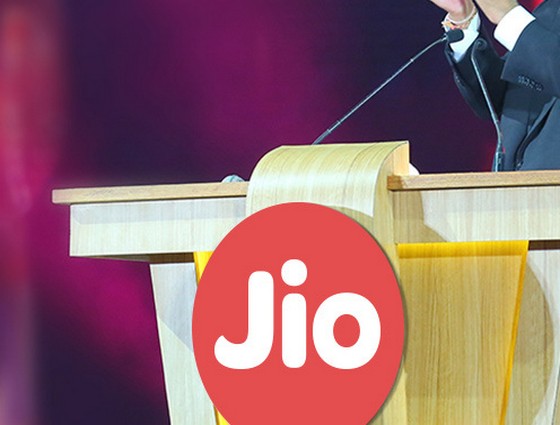 Jjio is a wholly owned subsidiary of Reliance Industries, and the company is based out of Navi Mumbai, Maharashtra, India. Jio is the only network provider in India which provides VoLTE services (Voice Over LTE). The company commercially launched its services on 5th September, 2016. As per Reports, the company has a customer base of 121 million subscribers and a Total Revenue of INR 339,623 million in the Financial Year 2016-17.

In June 2010, Reliance Industries (RIL) purchased a maximum share of Infotel Broadbandfor ₹4,800cr. Albeit unlisted, IBSL was the main organization that won broadband range in each of the 22 hovers in India in the 4G sell off that occurred before that year. Later proceeding as RIL's telecom backup, Infotel Broadband Services Limited was renamed as Reliance Jio Infocomm Limited (RJIL) in January 2013. In June 2015, Jio reported that it will begin its operations all once again the nation before the finish of 2015. However, after four months in October 2015, the organization's representatives conveyed a public statement expressing that the dispatch was put off to the primary quarter of the monetary year 2016-2017.

Products and Services offered by Reliance Jio include:

The Aircel group was formed in 1994 as a business alliance between Malaysian Maxis Communications Berhad and Sindya Securities & Investments Private Limited. 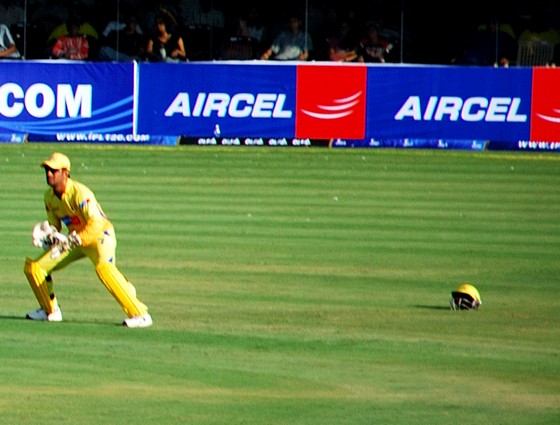 Aircel commenced operations in Tamil Nadu 1999 to offer affordable and outstanding mobile services, and the company has its headquarters in Gurugram, Haryana, India. The company offers voice and 2G, 3G and 4G data services. The company has considerable presence in Orissa and North-Eastern Indian states. In August 2016, Reliance Communications (RCom) and Maxis Communications announced that they would merge their mobile network operations.

List of awards and recognitions received by the company:

As per latest reports and articles, the company has a subscriber base of 90.9 million customers and a total revenue of INR 62,620 million during the Financial Year 2016-17. 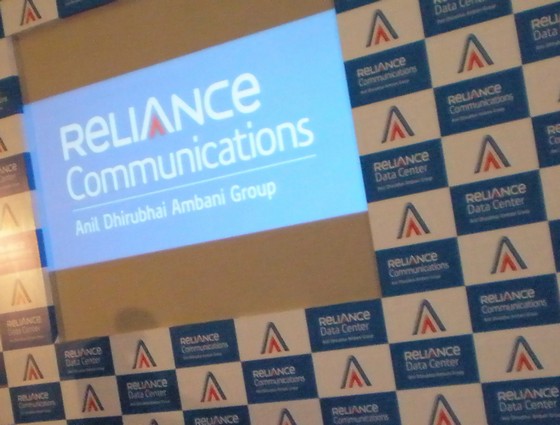 The organization is recorded in the BSE (Scrip ID 532712) and NSE (RCOM). The organization was established in 2002 and is headquartered at Mumbai, Maharashtra, India. The Company has a client base of over 118 million. Reliance Communications corporate customer base incorporates more than 39,000 Indian and multinational companies including little and medium ventures and more than 290 worldwide, provincial and local bearers. Reliance Communications has built up a dish India, people to come, coordinated (remote and wireline), united (voice, information and video) computerized organize that is fit for supporting best-of-class administrations crossing the whole interchanges esteem chain, covering more than 21,000 urban communities and towns and more than 400,000 towns. Reliance Communications claims and works the world's biggest cutting edge IP empowered availability foundation, involving more than 280,000 kilometers of fiber optic link frameworks in India, USA, Europe, Middle East and the Asia Pacific district.

A few honors and acknowledgments earned by the organization in the Financial Year 2016-17 are:

According to Reports, the organization earned an aggregate income of roughly INR 213,439 million in the Financial Year 2016-17.

Owned by the Govt of India, BSNL is one of the largest telecom companies in India. 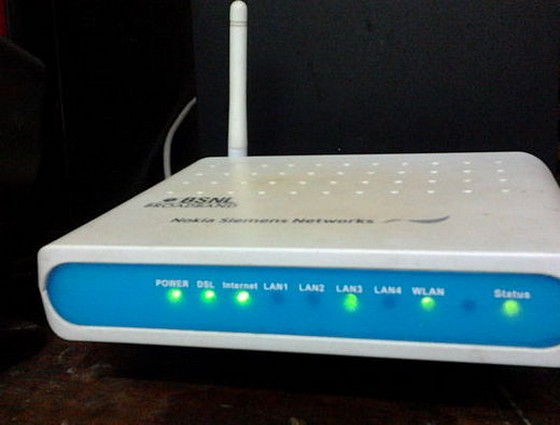 BSNL has been a strong telecommunication player in the Indian segment providing services like Fixed line and mobile telephony, Internet services, digital television, IPTV to its customers. The company has more than 110million customers across the country. The headquarters of the company are located in Delhi, and more than 200,000 people are employed with Bharat Sanchar Nigam Limited. In 2017, BSNL has planned to installed 25000 wifi zones in rural areas to increase penetration of telecom services especially data.

More than 800 cities are serviced across India by BSNL with its 3G services. The 4G services of BSNL would be operation soon in many of its circles providing high speed internet. As a part of its prepaid and postpaid services, BSNL provides voice mail, SMS, call conferencing, roaming services apart form other voice and data services.

Vodafone is the second largest mobile network operator in India after Bharti Airtel in terms of subscriber base. 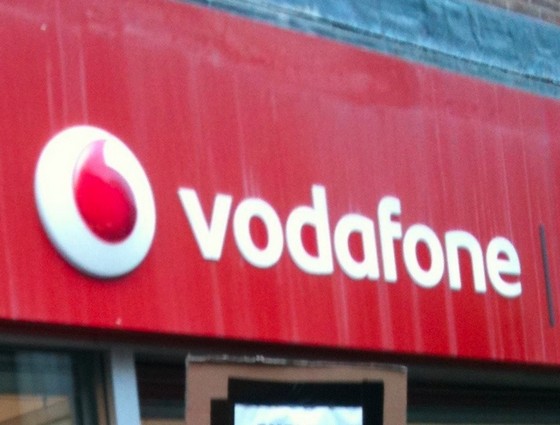 Vodafone India has its headquarters in Mumbai, Maharashtra, India, and the company has a subscriber base of nearly 200 million customers. The company commenced operations in India in 2007. The most renowned services offered by the company are – 3G services,4G services and the M-Pesa service. Curently, Mr. Vivek Badrinath is the CEO AMAP. Vodafone India is a 100% subsidiary of Vodafone Group. As per the Financial Reports for the Financial Year 2016-17, the company earned a total Revenue of approximately INR 356,742 million and a Net Profit of INR 37,918 million. On 20th March, 2017, Vodafone India merged with Idea Cellular which created the largest telecom company in India by subscriber base as well as revenue.

Some awards and recognitions earned by the company in the Financial Year 2016-17 are:

Idea Cellular is an Indian mobile network operator with its headquarters in Mumbai, Maharashtra, India. 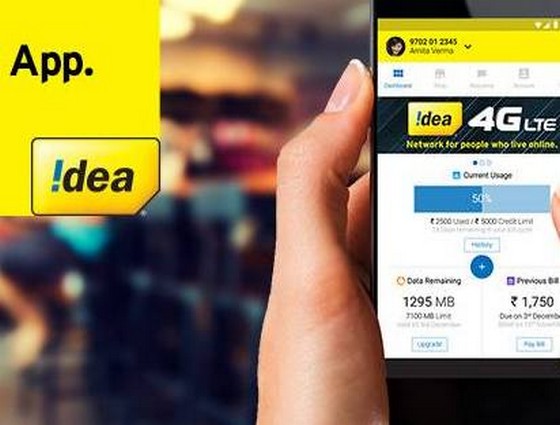 The company was founded in 1995 and it offers the following services – 2G, 3G and 4G mobile services. Amid its commencement in 1995, Aditya Birla Group, Tata Group and AT&T Wireless each held 33% value in the organization. Following AT&T Wireless' merger with Cingular Wireless in 2004, Cingular chosen to offer its 32.9% stake in Idea. This stake was purchased by the staying two partners equally. Tata forayed into the cell showcase with its own auxiliary, Tata Indicom, a CDMA-based versatile supplier and in April 2006, Aditya Birla Group reported the obtaining of the 48.18% stake held by Tata Group at INR 40.51 an offer adding up to INR 44.06 billion with 15% of the stake gained by Aditya Birla Nuvo and the staying by Birla TMT property Private Ltd. both AV Birla family possessed organizations. On 20 March 2017, Idea and Vodafone India reported that their particular sheets had endorsed a merger of the two organizations. The merger excluded Vodafone's 42% stake in Indus Towers Ltd. The merger created the biggest telecom organization in India by supporters and by income. Under the terms of the arrangement, the Vodafone will hold a 45.1% stake in the consolidated substance, the Aditya Birla Group will hold 26% and the rest of the offers will be held by the general population.

The company is listed in the following stock exchanges in India:

As per the Financial Report for the Financial Year 2016-17, the company earned a total Revenue of INR 358,827 million and a Total Comprehensive Income of INR 27,142 million.

Airtel is an Indian Telecommunications company with its headquarters in New Delhi, India. 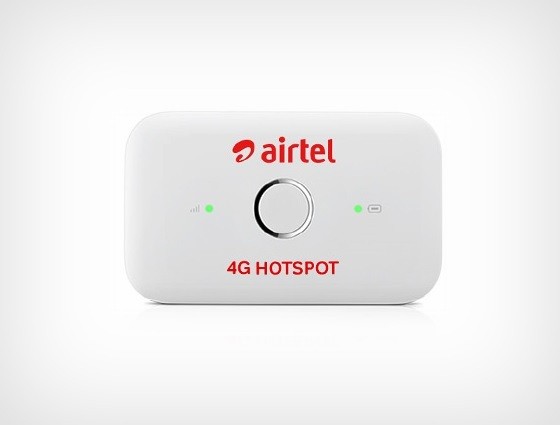 Bharti Airtel has operations in approximately 20 countries across South Asia and Africa, and has a strong presence in the industry. The services provided include – GSM, 3G, 4G LTE, fixed line broadband and voice services, enterprise services. Bharti Airtel is the largest mobile network operator in India with a subscriber base of approximately 269.71 million GSM mobile customers, 2.1 million Homes customers and 12.815 million Digital TV Subscribers. The vision of the company is to enrich the life of their customers and are obsessed with winning customers for life through exceptional experience.

Bharti Airtel was established on 7th July, 1995 as a public limited company. It is listed on the Bombay Stock Exchange (BSE) as well as the National Stock Exchange of India (NSE). The symbols are: BHARTIARTL (NSE), 532454 (BSE). The current Chairman of the Company is Mr. Sunil Bharti Mittal. As per Ind-AS Accounts, Bharti Airtel earned a Total revenue of INR 954,684 million and a Net Income of INR 37,997 million in the Financial Year ended on 31st March, 2017.

Some awards and recognitions earned by the company in the year 2016-17:

• Ranked first in a listing of 100 emerging market multinational companies

• Recognised as the ‘Firm of the Year – Telecom’

1. The leading telecom companies are taken

2. Parameters like customer base, total revenues and net income are given weightages of 0.6, 0.3 and 0.1 respectively

3. The final scores are calculated to derive the final ranks