In this article, we have prepared the list of top telecom companies in the world 2022 based on business parameters of Revenue. Telecommunication has seen a steady growth for the year with increasing penetration of services. With calls becoming unlimited & free, and data volumes surging, top telecom companies are in a growth phase. With 5G network being the next milestone in the industry, these telecom companies have started working on the infrastructure and services. These companies are known for their best mobile network capabilities and services which makes the biggest in the telecom business. The highly growing telecommunications industry, consists of all Internet service providers and telecommunications/telephone companies.

Since 2010s, smartphones, connectivity, internet and technology all have grown together to create a new connected world. Telecom has played a major role in ensuring it through mobile networks, broadband, wireless services to customers and businesses. All the sectors including traditional manufacturing, automotive, finance are relying on top telecom companies to ensure online services, faster processing, customer experience, service etc. Telecom companies have also moved on from just being a telephone or fixed line providers to being connectivity partners for their customers giving bespoke solutions to meet the growing demand of data and information. 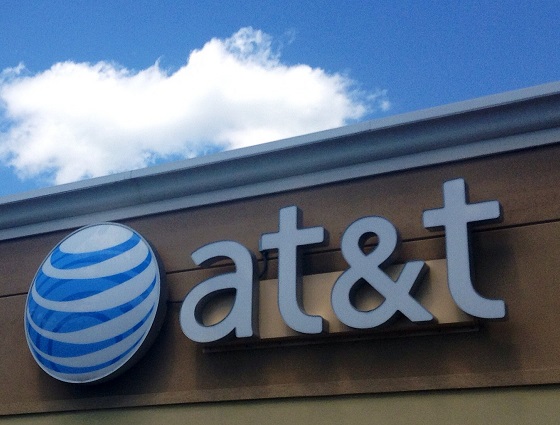 American Telephone & Telegraph Company, is world leader in telecommunications, technology, and media and communications. Being a Fortune 100 company, they have recorded 34 consecutive years of quarterly dividend growth.

Begun as Southwestern Bell Telephone Company in the year 1983, it changed its name to SBC Communications Inc. in 1995. SBC acquired former parent AT&T Corporation and took on its branding, with the merged entity naming itself AT&T Inc. in 1995. AT&T Communications serves U.S. Consumers with broadband, video and voice services. AT&T International includes DIRECTV Latin America and AT&T Mexico. Being the country’s fastest-growing wireless business, At & T Mexico serves both businesses and consumers. And DIRECTV is a pay-tv leader in 11 countries and territories in the Caribbean and Latin America. It’s new advertising and analytics startup is leading the way to premium video advertising. AT&T also focuses on various corporate social responsibilities like It can wait: a letter to drivers, smart city agreement with Mexico City, the power of giving, At&T Aspire, Piedra, Tijera, Papel etc. The company is recognized as Socially Responsible by the Mexican Center for Philanthropy  and Alliance for CSR (AliaRSE). The company is also one of the Fortune 100 Best companies to work.

Based at 1095 Avenue of the Americas in Midtown Manhattan, New York City, yet fused in Delaware, Verizon is an American multinational telecommunication conglomerate. 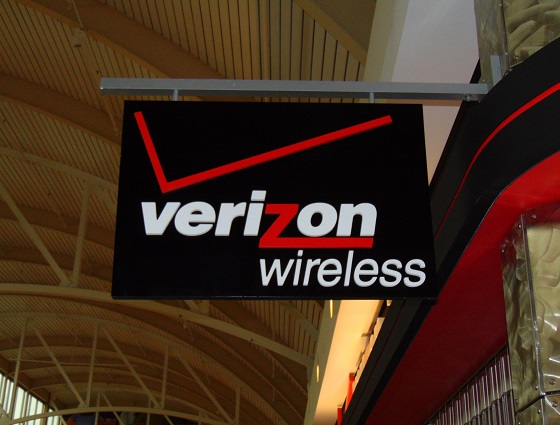 It is also a corporate part of the Dow Jones Industrial Average. The company is dead-set on a digital  & mobile future and has been investing in next-generation 5G wireless technologies as well as the multitrillion-dollar Internet of things opportunities it enables. Verizon is a big telecommunications company and one of the largest in US. Founded as Bell Atlantic in 1984 and eventually became Verizon, and has been a pioneer in the telecom industry. The company is headquartered in New York. It’s products include:

The company is also a title sponsor of various performance and sports venues as well as a sponsor of several major sporting organizations like National Hockey league, Motorsports, National Football league.

China Mobile Communications Corporation, also known as China Mobile, is one of the largest telecom companies in world 2022. 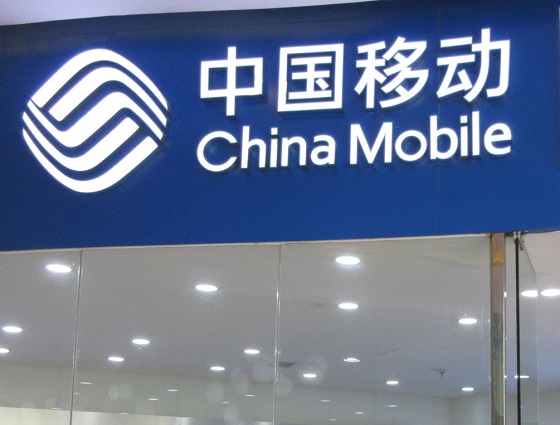 China mobile is a Chinese state owned telecommunication corporation, which also operates China Mobile Hong Kong, a subsidiary mobile network in Hong Kong. The company is the largest mobile telecommunications corporation by market capitalization. It provides voice mobile and multimedia services through its nationwide mobile telecommunications network across Mai. Born from the 1999 break-up of China Telecom, China Mobile has its 70% ownership with China Mobile (HK) Group Limited and 30% with public investors. China Mobile has been listed on the NYSE and the Hong Kong stock exchanges, and it holds 70% of the domestic market share in China and has a penetration of 97% in China. It has a good number of rural subscribers in China, and is the largest player in China and the world. With about  3 million+ mobile base stations, among which 1.79 million are 4G base stations, the company  covers 12 million kilometers of transmission cables. It has close to 1 billion customers globally. The IoT connection of the company reached to 200 million users across China. 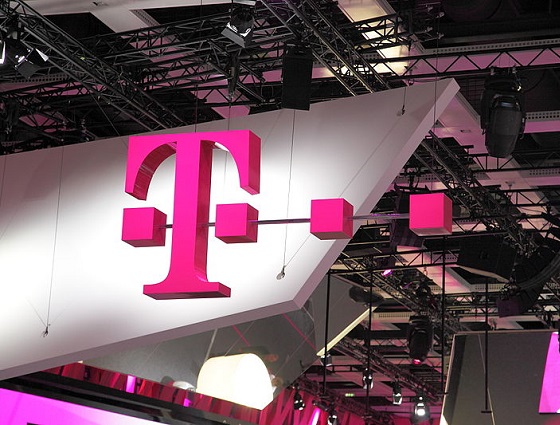 The company is driven with 14.5% of its stake with the German government and 17.4% with government bank KfW. The company is also a part of the Euro Stoxx 50 stock market index. When the former state-owned monopoly Deutsche Bundespost was privatized, it became one of the largest telecom companies (by revenue) in Europe, the Deutsche Telekom was formed. The company operates several subsidiaries worldwide, including T-Mobile- the mobile communications brand. The company owns substantial shares in other telecom companies, including Central European subsidiaries Magyar Telekom (Hungary), Slovak Telekom (Slovakia), Hellenic telecommunication operator OTE. It has more than 200000 employees worldwide. The company was has received the national German Sustainability Award in the "large companies" category. The company is also one of the 100 enterprises worldwide that made it into the Climate A list.

The Nippon Telegraph and Telephone Corporation known as NTT, is a Japan based telecom giant. 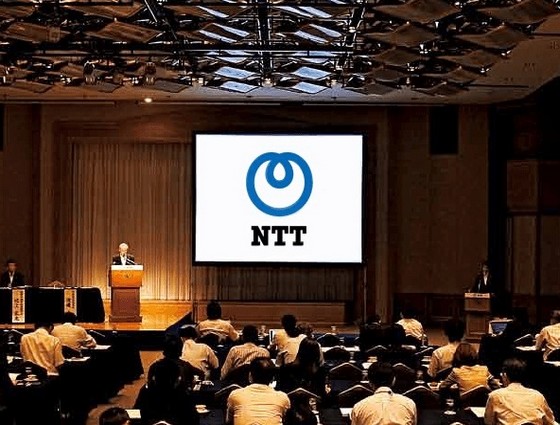 NTT is based out of Tokyo Japan and started as a government corporation in 1952. NTT has been divided into 5 segments out of which NTT DoCoMo and NTT Data have been listed on stock markets. The company is listed on Tokyo, Osaka, New York and London stock exchanges, making it one of the top telecom companies worldwide. The company is ranked 4th on the list because of its sales of above 100 billion USD. NTT Group has undergone a transformation of business structure based on "Towards the Next Stage". It is the medium-term management strategy which was made public in 2012. This strategy was succeeded by "Towards the Next Stage 2.0". It aims to continue with and strengthen the strategy, and it is now taking steps toward becoming a "Value Partner" that customers continue to select.

Headquartered in Beijing, the Chinese state owned Telecommunications Company China Telecom was founded on 17th May 2000. 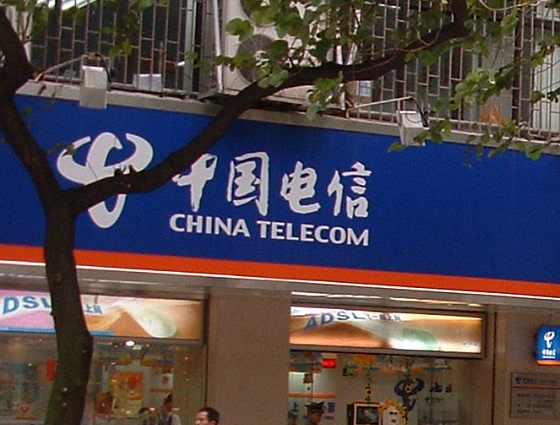 The company is a constituent of Hang Seng China Enterprises Index, the index for H share of state-controlled listed companies, which is traded in the Stock Exchange of Hong Kong since 15 November 2002. Even the company’s American Depositary Shares ("ADSs") are listed on the New York Stock Exchange respectively. After marketization of China, the state-owned enterprise China Telecommunications Corporation spin off the brand and China Telecom started operating as a subsidiary, being floated in the Stock Exchange of Hong Kong. The Company has mobile subscribers, wireline broadband subscribers and access lines in service of about 127 million, making it one of top telecom companies in the world. State-owned China Telecom Global has its sights set on expanding its data Centre business across the ‘One Belt, One Road’ region, after signing an agreement with UK data Centre owner Global Switch and Chinese data Centre operator Daily Tech.

Softbank is a global company which provides IT and telecommunication services like internet services, related software development etc. 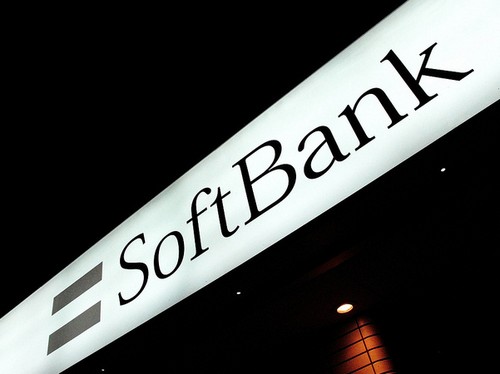 Softbank Telecom is the subsidiary of the Softbank group and ranked 6th globally in terms of revenue. Softbank provides application service provider services and ecommerce related services. It communication services makes it one of the largest telecom companies globally. Founded in 1981, it is headquartered in Tokyo. Softbank group employs around 70K people. The company is one of the world’s largest company in terms of market capitalization. A company that believes in expansion, Softbank Telecom offers mobile telephony as well as other communication services like fixed line and internet.

Vodafone, which predominantly operates services in various countries of Asia, Africa, Europe, and Oceania, is a British multinational telecommunications company founded in year 1991. 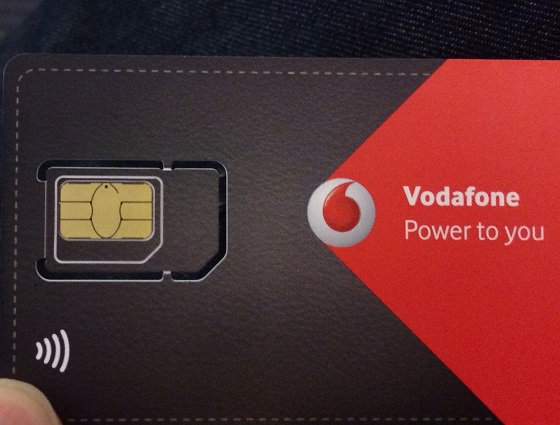 Headquartered at London, this 26-year-old company owns networks in 26 countries and has partner networks in over 50 additional countries. Since making the first ever-mobile call on 1st January 1985 in UK, today the company has 500 million customers. The company’s Global Enterprise division provides IT services and telecommunications to corporate clients in 150 countries. The company has primary listing on London Stock Exchange and secondary on NASDAQ. The company’s entry in the Internet of Things (IoT) consumer market was marked by the launch of “V by Vodafone”, hereby thus enabling consumers to connect millions of electronics and home products to the Group’s dedicated IoT network – the largest of its kind in the world. Frost & Sullivan’s Company of the Year award went to Vodafone for the second consecutive year for its considerable accomplishments in the European contact centers and cloud communications market. Factors like development of visionary scenarios based on in-depth understanding of mega trends; ability to address unmet market needs; superior customer purchase experience; strong financial performance; price/performance value and brand equity has contributed to the company’s success.

Found in 2000, the fourth largest mobile network operator in terms of equity subscribers América Móvil, is now one among the biggest firms in the world. 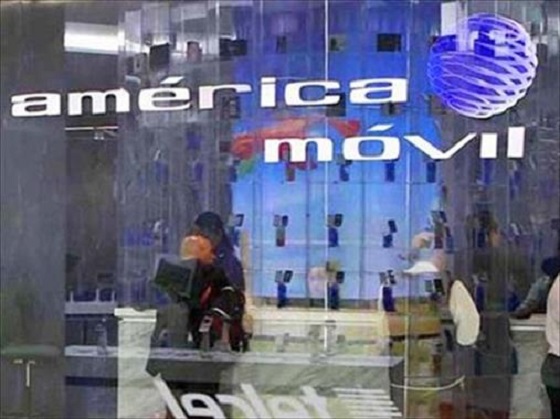 Headquartered in Mexican City, Mexico this Mexican telecommunications corporation is one of the largest telecom company. This venture of Carlos Slim is the leading provider of integrated telecommunications services in Latin America. The company offers a portfolio of value added services and enhanced communications solutions in 25 countries in America and Europe through 300 million access lines, including 280 million wireless subscribers, 30 million landlines, 25 million broadband accesses and 20 million PayTV units. The company operates under various brands: Telmex, Telcel and Claro In Latin America. In Mexico, the company has 65% of wireless market share with 91% wireless penetration. América Móvil and its subsidiaries have joined the United Nations Global Compact, reiterating their commitment to respect and promote the Ten Principles and the Sustainability Management Model of the UN Global Compact, both internally and throughout our supply chain. Through Groupe Speciale Mobile Association (GSMA) América Móvil like many other mobile operators work together with government agencies and private corporates to increase business and give its socio-economical contribution in Americas in terms of Response to natural disasters, privacy, SMS control, child protection, environmental care, handset theft, digital inclusion etc.

Telefonica telecom, a Spanish telecom organization was founded in 1947 by Mariano Ospina Perez and headquartered in Bogota D.C. 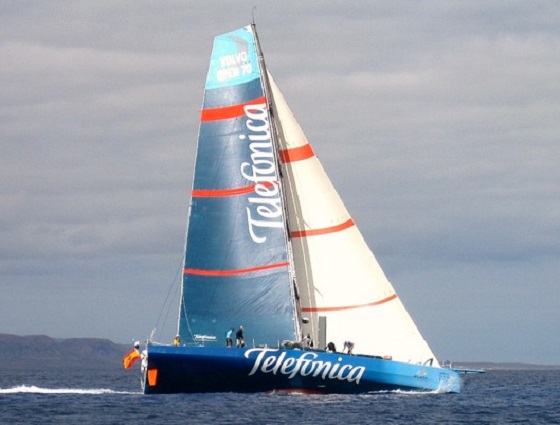 It extends its services to 300 million clients across 20 countries and has the employee base of 120,000 professionals. Telefonica has more than 20 million Internet and data accesses, 300 million total accesses,  250 million mobile phones accesses and 8 million pay TV accesses. Telefonica telecom is 100% listed company traded in some of the most important stock markets globally and have more than 1 million shareholders. The present market capitalization of Telefonica is 42.26 billions Euro It is mostly known by its commercial brands like movistar, O2 and vivo providing products and services ranging from mobile, landline, internet and televisions telecommunication service in several countries. Telefonica has been the winner of the My World Communications Award by the United Nations. The selection committee has highlighted the company's efforts to promote the initiative My World in Spain. It has also won Great place to work award. Telefonica recently signs an agreement with Microsoft Azure to work on integration of Internet Of Things devices, which will enable the users to easily, securely and reliably connect their IoT devices to Azure IoT Hub. Telefonica and Huawei are in partnership to create a suite of big data products for businesses and to expedite the process of digital adoption in the SME market.

Step 1: 20 top telecom companies were shortlisted based on their revenues

Step 3: Based on the rank of their revenues, ranking was done.