n this article, we have prepared a list of top oil and gas companies in the world 2022 using business parameter of Revenue. Oil & gas is one of the biggest sectors in the world not only in terms of revenues and profits but also in having influential companies. The leading oil & gas companies in the world are from China, Russia, Europe etc. Oil and gas industries are the backbone for any other industry or business which needs to work. Petrol and diesel forms the basic utility for consumers using cars, vehicles or even public transport, which are served through petrol & gas stations.

The top oil & gas companies include Aramco, Sinopec, Shell, PetroChina, ExxonMobil, Total followed by Chevron, Gazprom, Lukoil etc. Here is a list of the top 10 oil and gas companies in the world 2022.

Based out of Dhahran, Saudi Arabia, this giant is the world’s largest producer of Oil and Gas, which has been in existence for the past 83 years, been founded in 1933. 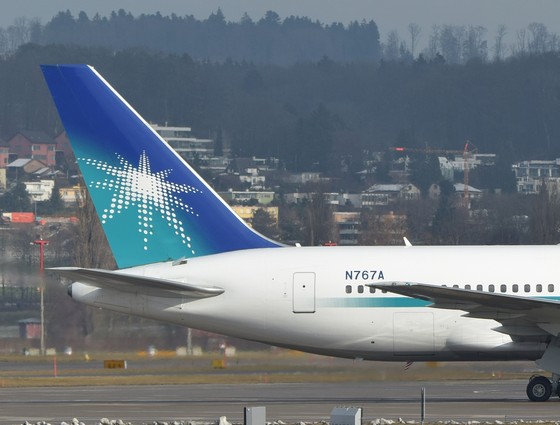 It is a totally vertically integrated company which undertakes exploration, extraction, refining, distribution, shipping and marketing of all petrochemical products. It also exports crude oil to nations (for refinement at their establishments) which are deficient in energy produce.

They believe that energy is an opportunity and that no nation should lag behind in development because of unmet energy demands. They have been and are continuing to be the most reliable energy suppliers to the Kingdom and to the rest of the world with a daily production of 12.5 million barrels per day. Still not a listed company, this company operates the world’s largest onshore oil field, the Ghawar Field as well as the world’s largest offshore oil field, the Safaniya Field. They have their subsidiaries and affiliates located across the globe in China, Egypt, Japan, India, the Netherlands, the Republic of Korea, Singapore, the United Kingdom and the United States apart from Saudi Arabia.

Sinopec was established in December 2000, is headquartered in Beijing, China and presently utilizes more than 78,000 individuals. 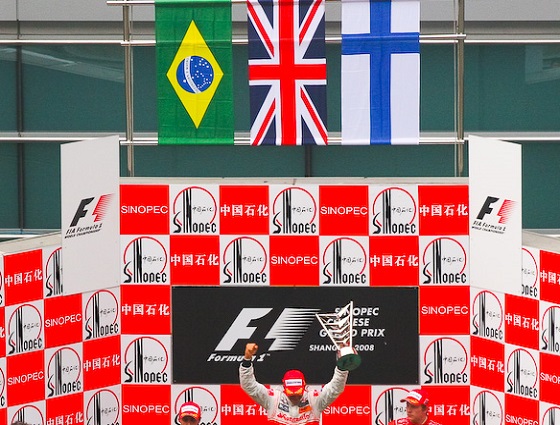 The organization fabricates chemicals and petrochemical items and is one of the top oil and gas companies in the world. The business keeps running by working through five areas, these are: Polyester Chips, Bottle-Grade Polyester Chips, Staple Fiber and Hollow Fiber, Filament and Purified Terephthalic Acid. With bottomless supply, household refined oil items showcase saw solid rivalry. As indicated by the insights, local utilization of refined oil items expanded by 5.5% contrasted, among which gas and lamp oil utilization kept up solid development force, and diesel utilization turned around its descending pattern and acknowledged development year on year.

PetroChina is engaged with the investigation, improvement, generation and offer of unrefined petroleum and gaseous petrol. 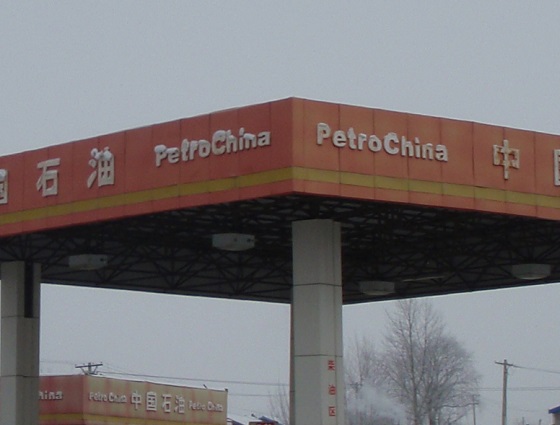 With its focus on three strategies of acquiring best resources, marketing and internationalization, it is committed to harnessing energy with maximum environment protection as symbolized by its logo. Headquartered in Beijing, China, this company operates its business through five segments: Exploration and Production, Refining and Chemicals, Marketing, Natural Gas exploration and its pipeline, and other segment like cash management, financial activities, R&D, etc. The business is additionally engaged with the refining of raw petroleum and oil-based commodities, generation and advertising of essential petrochemical items, subsidiary synthetic items and other substance items. The organization was established on the fifth of November, 1999 and is headquartered in Beijing, China and it employs more than 800,000 employees and has more than $350 billion revenue.

ExxonMobil was established by John D. Rockefeller in the year 1882 and is headquartered in Irving, Texas. 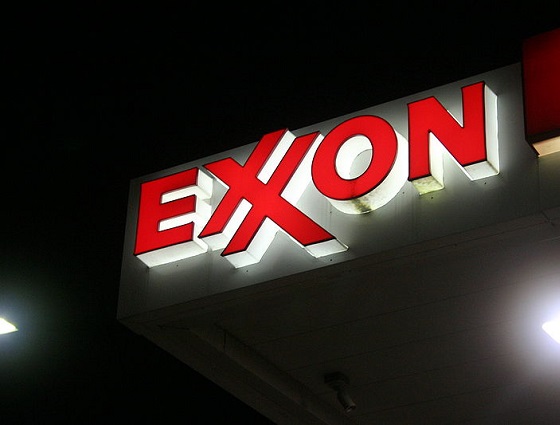 Exxon Mobil, among the top oil and gas companies worldwide, headquartered in Irving, Texas, was formed in 1999 by the merger of Exxon (an oil company based out of New Jersey) and Mobil (another oil company based out of New York). With a daily production of 5.3 million barrels per day, it ranks among the top oil & gas companies in terms of both productions by volume and revenue generation. They have a presence in not only the petrochemical products but also products derived from hydrocarbons like Plasticizers, Chemicals, etc. They are committed to carbon capture and storage, optimizing energy efficiency, and sustainability in all their operations through cutting-edge technologies. Its sustainability concept stands on three pillars of Social, Economic and Environmental impact.

Dutch Shell was established in February in the year 1907 and is headquartered in The Hague, Netherlands. 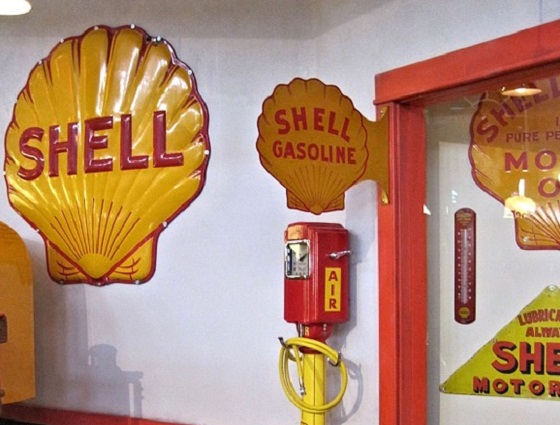 Shell, formed in 1907, through the amalgamation of the Royal Dutch Petroleum Company of the Netherlands and the "Shell" Transport and Trading Company of the United Kingdom is headquartered in the Netherlands. The company is placed at the sixth rank in terms of production by volume. It is also one of the top oil and gas "supermajors". The Royal Dutch Shell plc, incorporated on February 5, 2002, is responsible for exploration of crude oil and natural gas around the world, both in conventional fields and from sources, such as tight rock, shale and coal formations. On the other hand, Shell is a global conglomerate of energy and petrochemical companies responsible for outperforming development projects and investing in R&D that leads to low-cost investments for the future. Their operations are divided into four arms: Upstream (exploration for new liquids and natural gas reserves), Integrated Gas and New Energies (on liquefying natural gas (LNG) and converting gas to compressed liquids), Downstream (turning crude oil into a range of refined products), and Projects & Technology (meeting the global energy needs in a responsible way) alongside managing the Corporate and creating values for their shareholders. But their major strategic focus lies in the technological innovation required to meet the growing complex demands of modern world.

Total, the company was established in the year March 1924 and is headquartered in Courbevoie, France. 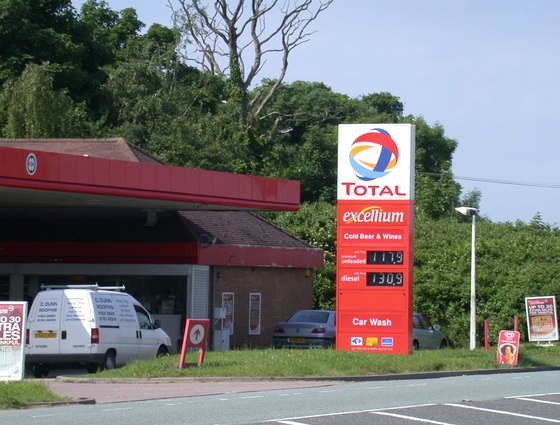 Its businesses cover the entire oil and gas chain form the upstream to the downstream, ie from crude oil and natural gas exploration and production to power generation, transportation, refining, petroleum product marketing, and international crude oil and product trading. Total is also a large scale chemicals manufacturer. Total is a major player in solar energy with SunPower and Total Solar. Total has its head office in Paris, France with 900 subsidiaries consolidated into the group, with significant affiliate investments and joint ventures, mostly in LPG. The company is listed on the European stock market index. The company has its foundation after World War I, when then French Prime Minister Raymond Poincaré rejected the idea of forming a partnership with Royal Dutch Shell in favor of creating an entirely different and independent French oil company.

British Petroleum was founded in 1909 and has come a long way since then. It is headquartered in London, U.K. 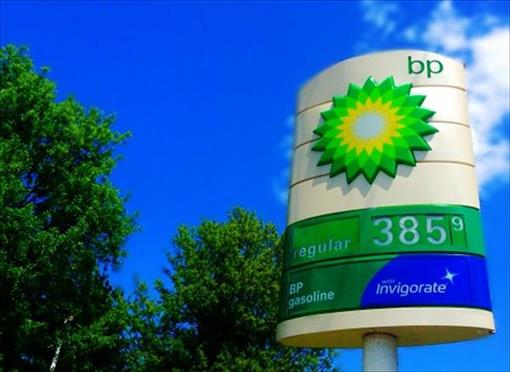 BP is one of the members of the world’s top oil and gas “supermajors”, which is the sixth largest company by volumes of production and is a complete vertically integrated company operating in exploration and production, refining, distribution and marketing, petrochemicals, power generation and trading. It also has side arms focusing on renewable sources of energy like biofuels and wind power. It has its presence in more than 70 countries with BP America as its largest division. It has a primary listing on the London Stock Exchange and secondary listing on the Frankfurt Stock Exchange and deals in products ranging from fuels for transportation, energy for heat, light to petrochemical products used in making everyday items like plastic bottles, paints.

Chevron was established in 1906 and has gone on to become one of the leading oil and gas companies globally. 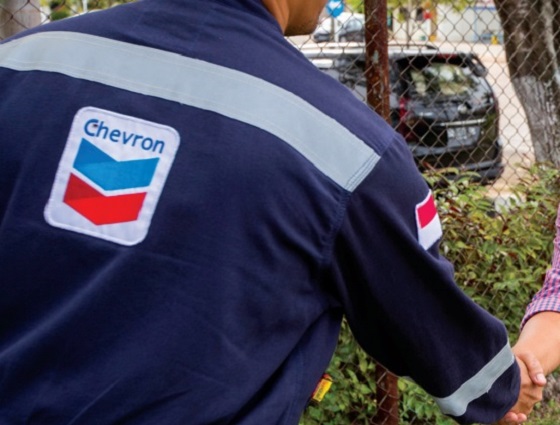 Its successor company is Standard Oil, which is headquartered in San Ramon, California, and present in more than 180 countries. In the year 1911, the federal government of the USA divided the Standard Oil Company into several divisions under the Sherman Antitrust Act. One of those divisions, the Standard Oil Co. (California), went on to become Chevron. It is listed in the Ney York Stock Exchange and S&P of the U.S.A. Chevron is present in every division of the oil, natural gas, and geothermal energy industries, starting from exploration and production to refining, marketing and transport; chemicals manufacturing and sales; and finally power generation. It was ranked sixteenth in the Forbes list of Fortune 500 companies.

Lukoil is one of the top oil and gas companies in the world based out of Russia. 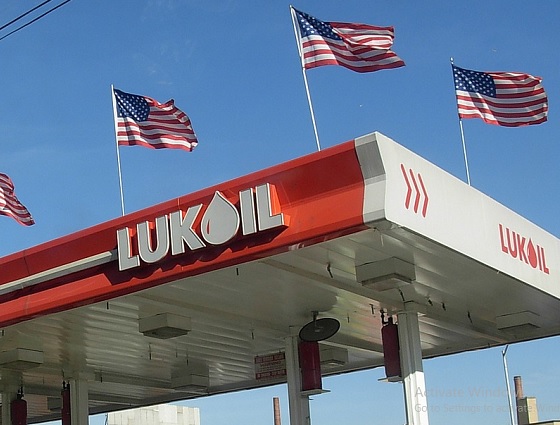 The company is known to serve global geographies like USA, Europe, Asia and Africa. The company is a leader in extraction, production of petroleum & natural gas, and also transportion of the world. Along with Gazprom, Lukoil company is one of the leading companies from Russia. The company has a strong legacy since it was formed in the year 1995. More than 100,000 people are employed with the organization.

Gazprom is a Public Joint Stock Company and is a Russian company which was founded in 1989, when the Soviet Ministry of Gas Industry was converted to a corporation, retaining all of its assets. 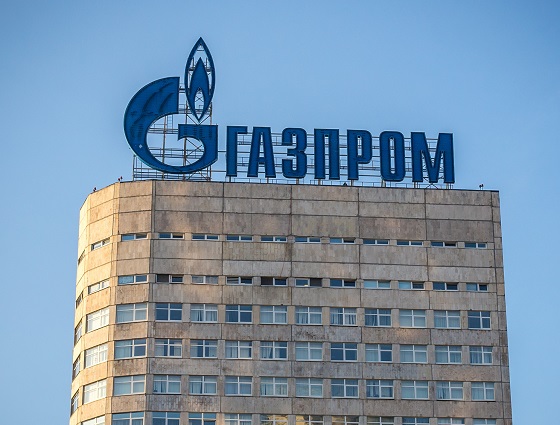 It carries on the business of extraction, production, transport, and sale of natural gas, largely in Russia. The company name is a portmanteau of the Russian words Gazovaya Promyshlennost. The headquarters of Gazprom are in Moscow. Although it is a private company, the Russian Government holds a majority stake in the company and Gazprom is involved in the Russian Government's diplomatic efforts which include setting of gas prices for export purposes, and access to pipelines by other nations. The Company’s share in the global and Russian reserves amounts. Gazprom holds the world’s largest natural gas reserves. Gazprom is a global energy company focused on all operations which are vertically integrated from upstream to downstream and includes geological exploration, production, transportation, storage, processing and sales of gas, gas condensate and oil, sales of gas as a vehicle fuel and aviation fuel, as well as generation and marketing of heat and electric power.

1. The largest oil and gas companies are chosen for the analysis

3. The biggest companies are ranked on the basis of revenues