Marketing Strategy of Intel analyses the brand with the marketing mix framework which covers the 4Ps (Product, Price, Place, Promotion). There are several marketing strategies like product innovation, pricing approach, promotion planning etc. These business strategies, based on Intel marketing mix, help the brand succeed in the market.

Intel marketing strategy helps the brand/company to position itself competitively in the market and achieve its business goals & objectives.

The product strategy and mix in Intel marketing strategy can be explained as follows:

Intel is the leading brand in Silicon chip manufacturing brand in terms of volume as well as revenues. It supplies microprocessors to many leading computer manufacturers like Dell, Apple. Inc, HP, Lenovo. It also manufactures embedded processors, network interface controllers, flash memory, graphics chips, motherboard chipsets. It invests heavily in new chip designing leading to at least one new chip per year. Designing and launching new chips has been the biggest advantage for Intel for gaining the market leader position. Intel first manufactured shift register memory, and RAM ICs and later grew fiercely with DRAM, SRAM, ROM. Intel 4004 was the first microprocessor but it gained major revenues from 8086 microprocessor. 386, 486, Pentium, Itanium have been some of the products of Intel that have followed. Recently, Intel has been trending with dual core, Core2duo, i3, i5 and i7 with various generations ranging from 1st to 7th. Thus, the products in the Intel marketing mix consist of the entire portfolio of offerings. 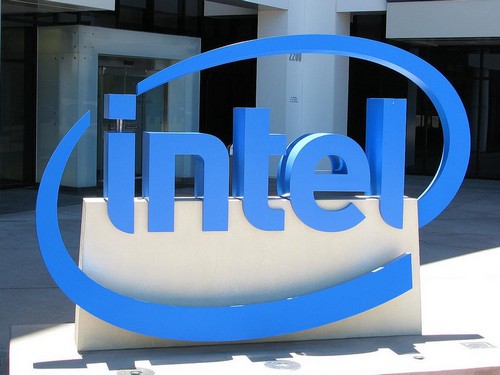 Intel being the market leader, has always been the price dictator in the market.

Because of its dominance in the market, the pricing strategy in the marketing mix of Microsoft is that of a market leader. Companies like AMD have been the market follower. Through immense market power, Intel has convinced its OEMs and the consumers that Intel is the best Processor manufacturer in the market thereby not being challenged for its pricing over the period. Due to its great control over the market, it has 90% market share. It has always been able to convince the OEMs that it prices its processors higher since they always deliver high-end products to the customers. Since it buys its raw material in bulk from its suppliers, the overall manufacturing cost for company goes down thereby generating huge revenues for the company.

Following is the distribution strategy in the Intel marketing mix:

Intel has its Headquarter in Santa Clara and is spread across 63 countries. It has 1 lac plus workforce and has plant and development centers in many countries. The major place of selling for Intel is OEMs. It operates in the business markets and sells its processors to leading Computer manufacturers like HP, Dell, Apple. Inc and Lenovo.

Thus, by improving its performance year by year and making quality chips, Intel ensures demand for itself in all the leading OEMs.

Introduced a five note jingle as a part of promotional activity that was aired in 130 countries in the world which resulted in high brand awareness and brand loyalty amongst its customers, worldwide. Intel increased its visibility through the stickers pasted on the Computers and PCs. It insisted its customers to promote its brand through their own ad campaigns and shared the expenses for the logo with the OEMs. Later it signed deals with MicroAge where both companies established each other’s credentials. In 2008, the company launched an online campaign narrating its success story to the world. The country also provides great deal of attention to discounts, packaging and advertisements increasing its visibility across every platform of communication. Intel has always believed in the power of mouth which has been the most promising method of promotion for the company. Hence, this completes the Intel marketing mix.

Found in 1968, Intel Corporation or also known as Intel is the pioneer of x86 based microprocessors, the processor found in most personal computers, laptops etc. It is the largest and highest valued semiconductor chip makers in the world with more than 100,000 employees, some of the smartest brains in the world.

With 15.4% market share (2014) Intel has been the market leader in the microprocessor industry consistently over the decades due to it’s strive for innovation and processor speed. Its major competitors include Advanced Micro Devices, VIA Technologies, Silicon Integrated Systems, Nvidia and AMD.