Marketing Strategy of Gazprom analyses the brand with the marketing mix framework which covers the 4Ps (Product, Price, Place, Promotion). There are several marketing strategies like product innovation, pricing approach, promotion planning etc. These business strategies, based on Gazprom marketing mix, help the brand succeed in the market.

Gazprom marketing strategy helps the brand/company to position itself competitively in the market and achieve its business goals & objectives.

The product strategy and mix in Gazprom marketing strategy can be explained as follows:

World’s largest natural gas reserves are hold by the Gazprom group. The major products in the marketing mix of Gazprom are petroleum, natural gas and other petrochemicals. The company produces around one tenth of total world’s production gas. Gazprom are one of the leaders of petroleum companies. In 2015, Gazprom reached a skyrocketing figure of production of natural and associated gas reaching numbers at 419 billion cubic meters. They are also into the business of transporting gas over long distances covering Russian as well as abroad customers. They are also thinking of expansion of chemical production. Gazprom Gazomotornoye Toplivo – the only operator which has been appointed to increase the awareness of using gas as substitute for vehicle fuel. 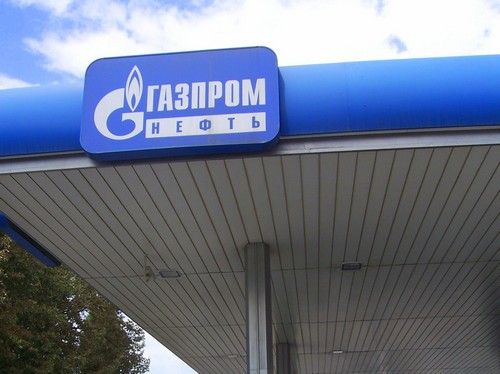 The prices of petroleum, natural gas and other petrochemicals are mainly governed by the policies adopted by the government.

Much of the market is shaped by the external players. So, Gazprom follows a competitive based pricing strategy in its marketing mix where they price their products based on the prices of the competitors. The Russian market is hard hit and low price environment prevails. Thus, the company is looking actively for more competitive strategy where it can benefit in short as well as long run. Gazprom has agreed over adoption of new contract model and introduction of spot prices on European hubs. Thus, the company is able to maximise its profits because of the presence of a clause in the contracts i.e oil product indexed price formation mechanism.

Following is the distribution strategy in the Gazprom marketing mix:

The production house of Gazprom mainly present in Russia. Most of its fields are present in western Serbia in Yamalo-Nenets Autonomous Okrug that is near the gulf of Ob. Its three largest fields are Medvezhe, Urengoy and Yamburg. Most of the products are delivered directly from these fields. They deliver products to different nations through collaborations and joint venture. One of it is Blue stream pipeline project where natural gas is supplied to Turkey via Black Sea. Under this project an agreement was signed between Russia and Turkey to transport natural gas. Most of them are transported through Gazprom’s Unified Gas Supply system that included compressor stations and trunk lines. They also venture into other nation via acquisitions such as they purchased 73% stake in Sibneft and purchased shares in Mitsui and Sankhalin energy. Their export strategy is mainly based on unified export channel where Gazprom has the only right to use gas pipelines to transfer gas.

They also use long-term contract systems to transfer their products.

Gazprom is pretty famous in Russia. Mr. Putin personally told that the company is a national champion as it not only looks for profit at the same time they also sees the interest of national people and the nation. They sponsor many big events and clubs in Russia and across the globe. They are the official sponsor and owner of FC Zenit Saint Petersburg club of Russian premier league. They also sponsored bundesliga club FC Schalke 04. Gazprom also partnered with b FIFA tournaments and official sponsor of FIFA 2018 world cup in Russia. Apart from these sponsors, they have their own website where data is presented in user friendly ways. They also have presence on social media platforms. This covers the entire Gazprom marketing mix.

Public Joint Stock Company Gazprom in short PAO Gazprom is an oil and gas Russian company. It was founded in the year 1989 and is headquarter in Moscow. It works in the field of natural gas involves in extraction, production, transportation and selling. Though, it is a corporation but the major stake is occupied by Russian government. It has been observed that Gazprom has 17% share in global gas reserves and around 72% share in Russian gas reserves. Gazprom is known for reliable and efficient supplier of gas to Russian and foreign customers. The sole aim of the company is to become the market leader among the energy companies by utilizing its resources to the highest capacity and improving efficiency. Gazprom is among the top four oil producer companies in Russia.

Moreover, Gazprom is also considered to be the best in the generation of thermal energy. Let us see the marketing mix of the company to have a better understanding.