Marketing Strategy of Nikon analyses the brand with the marketing mix framework which covers the 4Ps (Product, Price, Place, Promotion). There are several marketing strategies like product innovation, pricing approach, promotion planning etc. These business strategies, based on Nikon marketing mix, help the brand succeed in the market.

Nikon marketing strategy helps the brand/company to position itself competitively in the market and achieve its business goals & objectives.

The product strategy and mix in Nikon marketing strategy can be explained as follows:

Nikon is a Japanese consumer electronics company which is known for its cameras and imaging products. Post world war 2, Nikon resumed its normal operations of manufacturing civilian grade products in one factory. In the year 1948, Nikon launched its first camera. Duncan who was a journalist, was visiting Tokyo during the Korean War. He ran into a young Japanese man who introduced him to Nikon lenses. Using these lenses, he covered the Korean War. Later on, the Nikon cameras were popularised by Duncan in America. Nikon has produced microscopes in the past under the name Joico which is an abbreviation for Japan Optical Industries Co. In the 1950s and 1960s, Nikon came up with the Rangefinder series. Soon after, this range was shut down and all the resources were focused into developing Nikon F range cameras. These cameras used single lens reflex technology. It was introduced in the market in the year 1959. Nikon had introduced DSLRs for NASA in 1991. These were used in the space shuttles. In the 1990s, Nikon partnered with Kodak and developed Nikon D1 SLR. It was launched by Nikon under its own brand name in 1999. In the early 2000s, Nikon launched the Coolpix range of digital cameras as a part of its marketing mix product strategy. It made casual photography in the digital camera segment very popular. In the year 2005, there was a change in the management. Following this, new camera designs were developed in the R&D centres. In the year 2007, full frame camera Nikon D3 was launched. Soon after this Nikon D7000 was launched. In the year 2008, Nikon launched D90. It was the first SLR to record video. Following this Nikon zoomed ahead canon in terms of brand reputation, innovation and speed of camera operations. Post mid 2000s, Nikon started churning out affordable professional grade DSLRs. Following this sale of films fell in the market. Nikon announced it would stop making films and focus its resources on innovations in the Digital segment. The latest cameras of Nikon are divided into three variants: L, S and P. The L series is for budget users or beginners who are trying out their hands at photography for the first time. The S series look fashionable and are lightweight. The P series are the high end cameras which offer the best in class optics. Apart from photography cameras, Nikon has made a few video cameras too. R10 and R8 super zoom models became very famous. 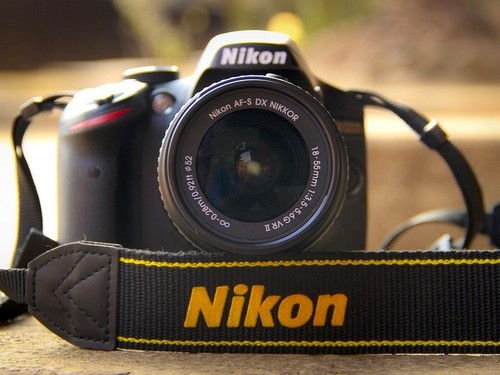 Nikon has a wide range of products from beginner to high end cameras.

These cameras and lenses are priced differently, catering to the needs of different class of consumers. Nikon prices its products competitively keeping in mind the prices of competitors like Canon, Sony, Fujifilm. This is done to retain loyal customers and attract new photo enthusiasts.

Following is the distribution strategy in the Nikon marketing mix:

With time, Nikon has created a strong user base and a wide network of shops and service centres. Cameras by Nikon are available worldwide. It is the number 2 camera maker in terms of sales, just after Canon, its main competitor. Excellent availability shows the strong distribution strategy in its marketing mix. The cameras are available at online stores like Amazon, Flipkart, Alibaba. They are also available in physical stores like, exclusive Nikon stores, multi brand stores, supermarkets etc. Stores of Nikon are spread all over the world. Service centres are a very important factor that determines if a camera will be sold or not.

For this reason, Nikon has set up service centres in all major urban cities and sub urban areas in India and rest of the world.

Promotional activities are carried out by displaying advertisements in newspapers, hoardings in important public places, magazines, television, online videos in YouTube, etc. Movie stars like Aston Kutcher, Priyanka Chopra have lent their glam quotient to Nikon in promotional campaigns and ads. Nikon targets prospective customers by sending them promotional emails with offers. General offers like cameras bundled with lenses at discounted prices, cashback offers are put out from time to time to retain loyal customers and attract new customers. On November 2013, Nikon was featured as the official camera of Disneyland resort. Most of Nikon’s campaigns feature ads which are not about the product only but also about the people surrounding it and have an emotional theme. Nikon is a very social media active brand, which stays in touch with the recent happenings all around the world. Nikon has photography clubs for its existing users. This gives the existing customers a sense of belonging to a special community. Nikon organises events and photography contests for photo enthusiasts from time to time. One of its most memorable campaign featured the line “I am ______”. This was filled by various people with words like Nikon, Brave, awesome. It induced creativity in customers and instilled self-respect. The campaign was so successful that people rushed to buy Nikon cameras resulting in huge volumes. Hence this completes the Nikon marketing mix.

Nikon is an optics and imaging products company based in Tokyo, Japan. It is a part of the Mitsubishi company group. It was founded in July 25, 1917. During World War 2, the company operated in 30 factories with 2000 employees.

It produced periscopes, binoculars, bombsights for the Japanese military. With time, it started producing optical lenses for microscopes, cameras etc.