Marketing Strategy of Fanta analyses the brand with the marketing mix framework which covers the 4Ps (Product, Price, Place, Promotion). There are several marketing strategies like product innovation, pricing approach, promotion planning etc. These business strategies, based on Fanta marketing mix, help the brand succeed in the market.

Fanta marketing strategy helps the brand/company to position itself competitively in the market and achieve its business goals & objectives.

The product strategy and mix in Fanta marketing strategy can be explained as follows:

Fanta, a brand of Coca Cola, is a leading beverage brand. Fanta is a fruit flavored soft drink with more than 100 flavors available worldwide. It has its presence in over six continents.it is consumed more than 130 million times every day around the world. Brazil is the biggest consumer of Fanta. Fanta is modified according to the geographical locations. For instance

Along with variety, Fanta is available in different volume bottles, plastic and glass bottles. The variants include can bottles 300 ml, 500 ml, 1 ltr, 2 ltrs and 2.5 ltrs. These volumes are also adapted according to the buyer habits across different locations, countries. Fanta always aims to enhance its colorful image; it introduced rainbow flavors back in 2013. 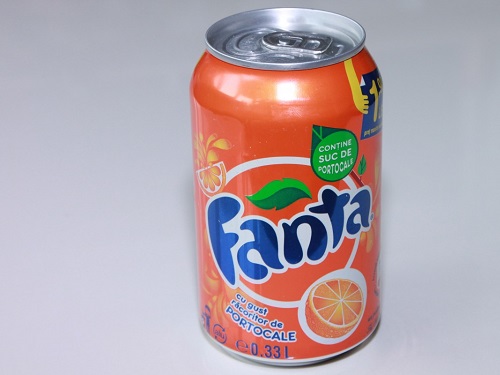 Fanta is well-known soft drink brand that have been available according to the locations.

The most common flavor is the orange flavor that is available in most of the companies. As there are lots of products available in the market, and high alternate options, the company has adopted competitive pricing strategy in its marketing mix. Its price range is same as that of competitors but its diversified variants and easy availability are the key factors for its high growth sales. To penetrate into new markets it adopts economic pricing policy. The closest competitor is the Mirinda by Pepsico. As there are easy substitutes, low customer loyalty Fanta has to keep everyday low pricing system which is reasonable and affordable so that customer buys it. For example in 2008, sales of Fanta rose by 11.8% in volume as it decreased its prices by 2% during the time when competitors raised their prices.

Following is the distribution strategy in the Fanta marketing mix:

As Fanta is one of the Coca Cola’s huge lists of brands, the distribution strategy depends on the strategy taken by Coca Cola. Fanta stands fourth in terms of revenue sales after Sprite, Thums up, and Coke. The Company makes cold-drinks, concentrate bases and syrups to bottling operators. The bottling partners package and ensure distribution of the brands to stores and vending partners, who then sell the drinks to customers. There are bottling partners assigned, which has a good connect with suppliers, restaurants, retail outlets, local point of sales like tea sellers, pan shops and they all work in synchronization with the Coca Cola and follow all the guidelines provided by them. The bottles are reusable materials and have reverse supply chain mechanism associated with it. The manufacturing of the cold drinks take place locally as it has wide range of units. In spite of a global brand, Coca Cola is very much local to its consumers. The point of sales can be categorized as: Wholesalers/ Distributors, Retailers/corner stores/super markets, restaurants/ cafes/ night clubs, Automated teller machines, petrol stations. The firms’ distribution network is so well planned and efficient that it is available even in the remote areas. The eatery outlets and some cafes have a deal with Fanta and the basic product they serve has Fanta in it without even demanding for it.

For example, in McDonalds we can get Fanta float.

Fanta is associated with ‘Fun’ and the company has this element reflected explicitly in all of its advertisements. The Fanta aims to be visual, with its colorful advertising, new brand content created by young people, and new recipes in the market. It launches new versions of products at exclusive theme parks with a vibrant feel to the audiences. Fanta has promoted itself as a positive thing in relation to happy and fun times. This positive image has helped it to position the brand strongly in the consumers’ minds. They rope in young talents, known faces, Youtube stars for their publicity which helps them to penetrate the social media and make an impact. They float hashtags #takeover.fanta.com where young people can find content and modules and eventually contribute them for content creation. In India Fanta advertised in different formats. There were ads which displayed 3D animated colorful characters. Fanta was promoted along with the festivals of colors- Holi, a festival of colors which was in line with the product. Hence this completes the marketing mix of Fanta.

Fanta is one of the brands of Coca Cola in the FMCG sector. The inception of Fanta can be traced back to 1940 during World War 2 in Germany. It was introduced by German Coca Cola bottling company. It is the second oldest brand the Coca Cola company and the second largest outside the US.

The name Fanta was derived from an employee contest to name a new beverage. In German ‘Fanatsie’ stands for imagination, so does the origin of the name Fanta.