Logitech marketing strategy helps the brand/company to position itself competitively in the market and achieve its business goals & objectives.

The product strategy and mix in Logitech marketing strategy can be explained as follows:

Logitech is a consumer electronics company which focuses on making computer peripherals and accessories. Founded in 1981 and located in Switzerland, Logitech is a manufacturer and provider of peripherals for computers and mobiles. It develops keyboards, mice, microphones, game controllers, webcams, computer speakers, headphones, wireless audio devices and audio devices for mobile phones as a part of its marketing mix product portfolio. Although Logitech is in the business for all the afore mentioned products, it is widely renowned for its products related to PC navigation, gaming, Internet communications, digital music and home-entertainment control. 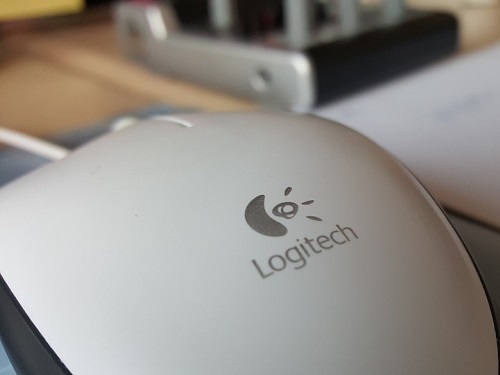 Logitech operates at affordable prices as well as the higher price segment.

Products like keyboard and mice are segmented in low price and mid-price segment whereas other products like digital music and home-entertainment control are segmented in mid-price/high-price segment. For example – A simple camera of ConferenceCam sells at around $250 to $1000 to $1250 for bigger groups of people. Keyboard mouse is priced as low as $14.99 which rises up to $129.99. Although mouse business was the largest contributing segment to the company’s revenue last year, gaming peripherals took over the mouse business in Logitech’s record sales. Logitech offers its products keeping in mind competition but owing to its higher quality, charges nominally higher.

Following is the distribution strategy in the Logitech marketing mix:

Logitech operates in the Americas (North and South America), EMEA (Europe, Middle East, Africa) and Asia Pacific (China, Taiwan, Japan, India and Australia). Approximately half of Logitech products are manufactured in China. The remaining products of Logitech are manufactured in Asia. It operates in more than 102 countries worldwide with its headquarters in Switzerland, though higher part of the revenue comes from United States.

Logitech also operate through its website all over the world.

Logitech is an apt example of how a brand rises after their sales dip down marginally. The company was reinvented, redefined and moved away from being one that revolves around PCs. They dropped ‘tech’ from their name to make it sound more as if they are interacting with a person rather than sounding like an organisation. They introduced a new logo, ‘Logi’ with multicolour hues to reflect that the company is a multi-category brand and does not specialise only in PCs. They never believed in just marketing, hence they replaced it with design. The brand reinvention was a step towards that and company reinvention. Logitech B2B campaigns focused on ‘Enabling Every Room, Enabling Every Person’. In 2011, they had launched a video campaign to reach ‘The New Office’. It was done to raise brand awareness. With this campaign they tried to create a new ‘anywhere workplace’ mentality and provided equipment that would enable the customers to work anywhere, away from their office. Logitech’s campaign #LogiTreats was quite innovative – they offered the attendees waffle versions of the products they already sell at Consumer Electronics Show in Las Vegas. This became popular all over the social media and they had initiated giveaways on various social media handles. #LogiTreats became one of the top hashtags. Hence this concludes the marketing mix of Logitech.

Logitech is a Swiss company which is headquartered in USA and is into manufacturing PC accessories and mobile phone parts.

More than 7000 people are employed with the brand worldwide which has strong business sales in Europe, Asia and America. Logitech was founded in 1981 and since then has grown to become a global brand with several acquisitions like Ultimate Ears, Mirial, Saitek, Astro Gaming etc.