BBC marketing strategy helps the brand/company to position itself competitively in the market and achieve its business goals & objectives.

The product strategy and mix in BBC marketing strategy can be explained as follows:

BBC is offering its different types of services through its multiple operational divisions: Television, Radio, News group, Design & Engineering, BBC North group. All these services form the marketing mix product strategy of BBC. These divisions fall directly under the supervision of BBC Trust. There are other divisions which are working as a separate entity due to the commercial aspects of these divisions and these include: BBC worldwide, BBC World News, BBC studios. We will see the services offered by each of these. The television services are available in different countries across the world and these are broadcasted via the channels like: BBC One, BBC Two, BBC Four, BBC News, BBC Parliament, CBBC, BBC Northern Island, BBC One wales. Its international channels include BBC America, Canada, Earth, Kids, Lifestyle etc.

The radio division is another major contributor the services BBC offer, the channels are present in both FM and AM like BBC Radio 1, Radio 2, BBC Radio 6 Music, Live sports and BBC world service. BBC News is the largest news network that exists in the world currently. It delivers its services to its domestic radio and tele services. BBC also have a massive online presence with its websites, Music and video streaming services. 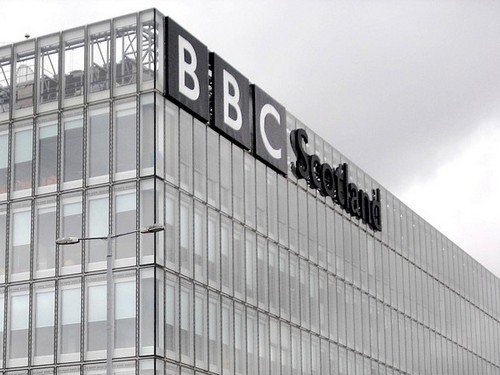 BBC is a leading broadcast player and has many sources of revenues and pricing.

Majority of the income BBC receive is from the annual license fee collected from the households. As it is a public service organization all the prices it sets are comparatively less than the competitors. Thus, mostly the marketing mix pricing strategy is dependent on competition. The licence fee that is being charged currently is about 145.5 pounds per annum, users will be receiving 8 television channels and 10 radio channels for this subscription. Apart from these there are commercial units of BBC that are aimed at making profits and help the organization as a whole to charge less amount of money on users. BBC Worldwide is such business unit that is operated for commercial purpose, this sells different BBC services like television channels, news services and online services. This unit generated a profit of 157.4 million pounds in year 2013/14.

Following is the distribution strategy in the BBC marketing mix:

BBC is operating from the offices in North/south America, Asia and Australia apart from its base, London (Europe) making the organization a multinational. The extensive global reach shows its marketing mix place strategy. It has also initiated a unit called BBC north project to start programs in other regions of UK. The services are used by the customers/ viewers in different means like, Television, Radio and computers and mobile devices through internet. BBC has built a strong digital presence through its websites and applications. Also as BBC operates in local languages in respective countries, it is a most preferred resource for its rich content in entertainment, Music, sports, education and lifestyle.

Recently BBC is launching its services in four other regional languages in India apart from the existing four languages including Hindi.

As mentioned earlier as BBC is a public service broadcaster it does not indulge in any promotional activities like advertisements. But BBC world, a commercial unit does the digital marketing, search engine optimization, billboards in cities. BBC uses very effective and creative above the line and below the line advertisements.

Since this is a service marketing brand, here are the other three Ps to make it the 7Ps marketing mix of BBC.

BBC employs nearly 20,950 people in its public sector division and its commercial wing combined. Majority of these work for the public sector division i.e. 16,000+ employees. In addition to these BBC also hires on part-time basis and some contract staff and these constitute nearly 14,000+ people. BBC hires the best of the talent from across the globe as they are the ones who are responsible to take the BBC programs to millions of people every day. These employees work in for television, radio, online, journalism, digital space, technological division and corporate services. BBC trains them with the best of the facilities and provide them a great platform to unleash their true potential and so enjoys as the best employer status.

As mentioned above BBC has separated its operations into several divisions like Television, Radio and News group etc., this will help BBC to maintain and run its vast empire in an efficient manner. Unlike other large organizations where different units work in silos BBC’s divisions work in tandem with each other across the globe providing the services of one division to other help the organization function successfully. Even though this is a public service company the commercial arm which work closely with this make sure that BBC earns enough revenues to sustain and grow. It uses state of the art technology in its broadcasting services and online delivery of services.

BBC has changed its logos several times since its inception and now the current logo is used since 1997. That is a three box logo with BBC written in each box. Its headquarters is located in London with a great architecture and design. It has several offices located in different parts of the world. BBC world wide uses billboards and street arts for its camping. This gives an overview of BBC marketing mix.

1922 – the year BBC made its first broadcast remains a significant milestone in the field of broadcasting business all over the world. Oldest and the largest – these are the attributes everyone would use in their description of the legendary British Broadcasting Corporation a publicly service broadcaster. Having Started its journey as private organization it later turned to a public service organization.

BBC trust is responsible for the managing all the operations as this is a statutory entity which is free from direct government intervention. Almost all the countries can receive at least one of the services provided by BBC.