Marketing Strategy of BP analyses the brand with the marketing mix framework which covers the 4Ps (Product, Price, Place, Promotion). There are several marketing strategies like product innovation, pricing approach, promotion planning etc. These business strategies, based on BP marketing mix, help the brand succeed in the market.

BP marketing strategy helps the brand/company to position itself competitively in the market and achieve its business goals & objectives.

The product strategy and mix in BP marketing strategy can be explained as follows:

BP is one of the leading global oil and gas companies worldwide. BP operates in two major streams upstream and downstream. As per the requirements and needs of individuals BP develop, produce and utilise these sources of energy. BP follows a 3-step strategy: unlocking and exploring various energy potentials, optimisation of assets and improvement of operations. BP has got its business worldwide in the following brands/categories: gas/petrol stations, fuel cards and credit cards, lubricants, Aral (Europe), ampm (US), AirBP, Marine fuels, Acetyls Europe, Solar warranty, BP Biofuels, Shipping, BP Gas North America, Castrol, Wild bean café, target neutral and crudes. All these give an insight in the marketing mix product strategy of BP. 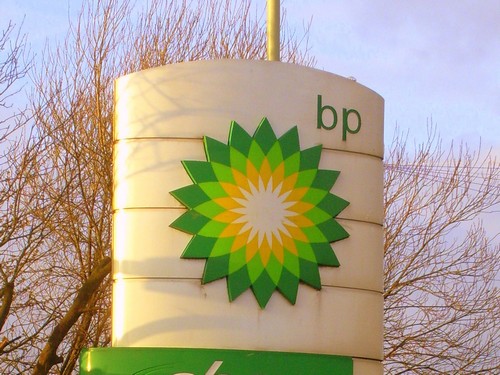 Since it is a petroleum, oil and gas company its prices are heavily regulated by the government. BP believes in setting the prices economically for easy accessibility of public, but the final prices are always revised and set by British Government. Competitive pricing is also followed, which affects BP’s pricing policy. The government checks and makes changes in their regulation policies time to time. Exchange rate also plays a major role in setting the price. Thus, the pricing strategy in the marketing mix of BP is dependent upon regulatory bodies, price of crude oil and the demand.

Following is the distribution strategy in the BP marketing mix:

BP’s operations are worldwide and divided in the following regions: Europe, Americas, Africa and Middle East and Asia. Majorly, BP’s business is concentrated in the United States of America, Germany, China, United Kingdom, Australia, Spain, India, New Zealand and Canada. BP has 15 fully or partially owned refineries operating in these regions. Through a highly innovative and well-designed distribution network, it supplies it products in every corner of the world. Its website is also well managed and anyone can access information over there. It has sections allocated for investors where all the financial data is available in detail.

BP has a well-established distribution system, as a result of which it successfully generated a revenue of 225+ billion USD and cost per barrel is 3.3Mbbl/d.

BP has been an active advertiser but not been very aggressive. However, with changing times, the marketing mix promotional strategy of BP has also evolved. BP has used TV, websites, social media, print, billboards etc to promote its brand. BP also uses its gas stations and petrol pumps to advertise about its products. Also, car service companies, garages etc promote the brand showcasing various products in BP’s portfolio.

Since this is a service marketing brand, here are the other three Ps to make it the 7Ps marketing mix of BP (British Petroleum).

Through its multi demographic culture it is clearly visible that BP believes in diversity and inclusion. BP continues to grow domestically as well as internationally to make the best use of technology from wherever possible and spread its business to every corner of the word.

BP strongly believes that through diversity and employing people from different parts of the world, more ideas can be shared and their inclusion will lead to a holistic growth of the organisation. BP also encourage women employees and provide them special benefits and unbiased work environment. As a result, they proved to be successful leaders being a part of upper management where a good ratio of male to female management is maintained. BP also work for the betterment of the society and social welfare of existing employees. Special precautions are taken for the safety of employees, especially those involved in extraction. BP has a vision of incorporating at least 25% women group leaders in the organisation and they are providing all means to support women.

BP provides best in house facilities with up to date infrastructure and global environment in all its offices. The complete setup helps the employees to experience the best work environment so that they perform as per the organization’s expectations. The physical presence of BP is seen through its gas stations, petrol pumps etc. Also BP products have the green and yellow logo, which helps to connect with the customer.

BP has several business processes in place as it is a major service brand. BP has several processes in extracting oil and gas, ensuring a smooth global distribution. There are also several other business processes for customer, investors, employees etc. Through the various social activities and best practices BP maintains a good relation with its customers and investors, which in turn avoids a bad ‘word of mouth’. All these helps the organisation to grow in long term and motivates its employees to continue being loyal to it and give their best throughout their tenure. The customers are also successfully retained and new ones are attracted. Hence, this summarizes the BP marketing mix.

BP PLC was initially set up as British Petroleum in 1908, and is headquartered in London, England. BP is an oil and gas MNC which aims at environment sustainability along with achieving company’s objective. BP started under the brand name of Anglo Persian Oil Company, and it aimed at the exploration of oil in Iran. During World War I, British Government was it major stakeholder. In 1935 the company was renamed as Anglo Iranian Oil Company and British Petroleum in 1954. The company explored options in Alaska and emerged as the first company to extract oil from North Sea, in 1965. It also made certain acquisitions and mergers with leading companies like Standard Oil of Ohio, Amoco, ARCO, Burmah Castrol and finally emerged as BP Pvt. Ltd. company in 2001. BP also entered a joint venture with the Russian company TNK-BP for 10 years, 2003-13. BP has been involved in various incidents and the proceedings continued till 2015. Major ones include Texas City Refinery Explosion - 2005, wreck of Torrey Canyon, Prudhoe Bay Oil Spill- 2006, oil spill on Alaska’s North Slope, Deepwater Horizon Oil spill – 2010, etc. These led them to pay huge penalties, fines and pay outs of more than 19 billion dollars approximately.