Marketing Strategy of Tata Power analyses the brand with the marketing mix framework which covers the 4Ps (Product, Price, Place, Promotion). There are several marketing strategies like product innovation, pricing approach, promotion planning etc. These business strategies, based on Tata Power marketing mix, help the brand succeed in the market.

Tata Power marketing strategy helps the brand/company to position itself competitively in the market and achieve its business goals & objectives.

The product strategy and mix in Tata Power marketing strategy can be explained as follows:

TATA Power is one of the leading power generation companies in India. The product portfolio in the marketing mix of TATA Power consists of generation of conventional energy, renewable energy, power transmission, distribution, trading and strategic engineering. TATA Power generates around 7436 MW of Thermal power. Thermal power plants are installed in the states of Maharashtra, West Bengal, Jharkhand, Gujarat and Karnataka. New power plants of TATA Power in coastal Maharashtra are coming up. In the renewable energy, they are involved in the generation of hydro energy in Himachal Pradesh, solar energy in Gujarat and Maharashtra, wind energy in Tamil Nadu and Rajasthan, geothermal energy in Indonesia & Australia and waste gas generation in West Bengal. TATA Power also focuses on clean technologies like biomass gasification, concentrated photovoltaic and solar powered telecom towers. The electricity distribution business of TATA Power is concentrated mainly within the cities of Mumbai, Delhi and Jamshedpur. Its power trading business is mainly about power exchanges. 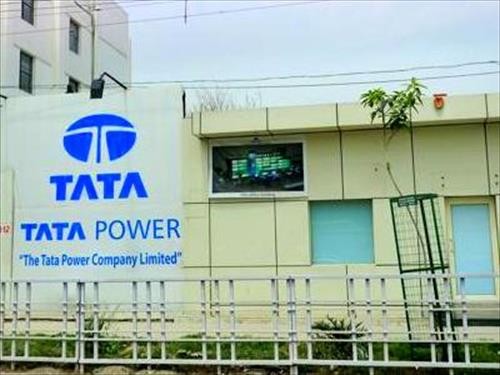 TATA Power is one of leading power companies in a competitive sector in India.

In the power sector the price of power generation projects depend on a variety of conditions. Depending upon the demand and supply and requirement of electricity, the government decides and finalized which and what type of project to be implemented. Then a tender process is initiated wherein TATA Power decides the price of the project and time of completion. And depending upon whether it wins a bit, a project will see its daylight. It also depends on the government’s willingness to pay and requirement. In the electricity transmission sector, it is done as per government policies. In most of the cases the price is decided by the authorities and TATA Power gets its fair share or price. In the electricity distribution sector, the price depends mostly on the demand and supply in a region, the competition, but with a government capping over it. Hence, this gives how TATA Power price’s its offering in its marketing mix.

Following is the distribution strategy in the Tata Power marketing mix:

TATA Power caters its products and services centrally operated from the head office. It also has got regional offices which spans across various metro and capital cities in most of the states. The website of TATA Power provides an easy access for concerned authorities to get connected with them and discuss about any related projects. Their main investments being in public assets, so in such a case they need to go through the tender process called upon by the concerned authority.

In many cases, they may hand over a project to the government, in such cases the project is typically in the form of public and private partnership projects.

TATA Power spends a less amount of money for promotional and advertisement activities. This is due to the fact that a major portion of their services are associated with governments, which do not need huge investments in advertisements. Although, for the electricity distribution business primarily in the cities of Mumbai, Delhi and Jamshedpur in order to be present in consumer’s mind TATA Power come up with advertisements in Television and print media, mostly those catering to the local news. Sustainability has been to the core of their businesses. They intend to make a sustainability model for environment, community, customers and people. Such projects help TATA Power gain a good amount of goodwill for the community within which they conduct their businesses.

Since this is a service marketing brand, here are the other three Ps to make it the 7Ps marketing mix of TATA Power.

TATA Power, like any other TATA company, is employee friendly and people centric. In any project, which is for the good of the general public, service quality becomes the major concern for the public. Keeping this in mind TATA Power ensures that the projects implemented and the services delivered are not compromised in their quality this can be achieved only by having competent employees and support staff. They recruit quality engineers and support executives from good colleges and universities across India. Power being a very sensitive issue to deal with TATA Power ensures that their employees are provided with adequate benefits so that they do not switch over from TATA Power to its competitors. Thus, in turn reducing attrition.

TATA Power has several processes related to business, electricity generation, customer service etc. Being a centralized operated company TATA Power central office takes care of most of the work from its headquarters. From power generation to transmission and from voltage regulating to final supply of electricity, a step by step meticulous process is involved so that the end consumers are satisfied with seamless service. Online portals and assessment is possible by TATA Power, so that government project is done without any flaws or discrepancy.

TATA Power has its physical evidence through its business operations, offices and websites. TATA Power has got a vast and varied physical evidence across all major cities of India. TATA Power also come up with attractive action plans of its services that attracts governments to make purchases its services and accept their tender for various public related projects. The presence of wide variety of electricity generation plants and attractive places of hydro power plants is a testimonial of its physical presence. Hence, this completes the TATA Power marketing mix.

TATA Power is an electric generation and distribution company catering its services only in India. It has its headquarters in Mumbai. TATA Power is a part of TATA group, which is India’s largest conglomerate. It was founded in the year 1915, when it established India’s first hydroelectric power plant. It was founded by pioneer industrialist Doorabji Tata. TATA Power altogether has an electricity generation capacity of 10568 MW. Soon after its inception and setting up of the first power plant it was followed up by many other power plants though intermittently. TATA Power’s portfolio of power plants spans across almost all states in India, but to name a few West Bengal, Jharkhand, Maharashtra, Gujarat and many more. TATA Power has overseas operations in many of the middle eastern countries and Asia.

Headed by the chairman of TATA group, Mr. N Chandrasekaran, with annual revenues of ₹36461 crores, TATA Power is one of the largest player in the power sector.