Marketing Strategy of Comcast analyses the brand with the marketing mix framework which covers the 4Ps (Product, Price, Place, Promotion). There are several marketing strategies like product innovation, pricing approach, promotion planning etc. These business strategies, based on Comcast marketing mix, help the brand succeed in the market.

Comcast marketing strategy helps the brand/company to position itself competitively in the market and achieve its business goals & objectives.

The product strategy and mix in Comcast marketing strategy can be explained as follows: 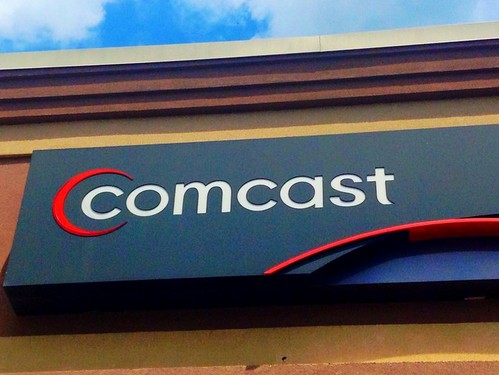 Comcast has several services spread across domains and geographies.

There are FCC regulations in pricing and Comcast follows those and to compensate those it follows differential pricing strategies in its marketing mix. Lower for basic cable services and higher for premium services, this can be termed as cross subsidization. As the media and entertainment sector is highly competitive it cannot neglect the competitors and their price points, so Comcast prices at par with market prices and follows price discrimination strategy by pricing differently for different customers. In this way it extracts the maximum from its customers. Comcast offers its services at different price points allowing for mass customization. As the switching costs are less in this sector customers will easily migrate to competitors if price is placed irrationally. Currently average annual bundle is priced around $100. Comcast company generates revenues in excess of $100 billion every year.

Following is the distribution strategy in the Comcast marketing mix:

Comcast serves the entire world with its services. Comcast offers a wide range of services that can be accessed from anywhere. Its services are accessible through internet and on multiple platforms like TV, Computer and mobile phone. Its services like internet and telecommunication are available in 40 states of USA and also in district of Columbia. And Comcast’s television services are telecasted in many countries across the world.

Its pictures produced are released in many countries and its television channels are aired across different continents.

Comcast uses all the promotional tools at its disposal for getting maximum user subscription to its services. Comcast provides discounts and coupons to users as sales promotions and it uses ad campaigns in its own platforms along with other partners. It promotes its movies and series in its television channels. NBC Universal and Comcast uses cross promotional strategies to promote their services in the other platforms. It has multiple options to use in its promotions like TV channels, multiple websites and their social media platforms and also its theme parks. Comcast has its internal creative agency which works for itself and other partners. This agency comes up with the required content. It partnered with Disney and 20th century Fox also in its cross promotional strategies. This is also called as symphony promotion. All the brands under Comcast has a strong digital marketing strategy, and have good engagement online with its consumers via online ads, social media platforms, public forums etc.

Since this is a service marketing brand, here are the other three Ps to make it the 7Ps marketing mix of Comcast.

Comcast takes pride in its human resource strength and supports them in every way as a part of its marketing mix strategy. Comcast employs more than 150,000 people in its diverse domains of operations. It is often ranked among the best places to work. Comcast creates an environment which is very attractive to work in and rewards the employees for the kind of work they do through different means like – a very good competitive pay, wide-ranging benefits like, career development programs where it provides tuition on various programs for the personal and professional growth. Medical, Dental and Vision plans and personal consultants. Comcast recruits people with military background and help them in transition after retirement.

As Comcast is a business in media and technology it brings the best of the both worlds in all of its processes to give best user experience. Its technological innovations are changing the way people consume entertainment. Its Parks and resorts also uses technological process to bring some of the legendary characters to life. In its sports division Comcast uses the best in class technology and production skills to create most watched sporting events. Customers can the bills at 7 – Eleven stores while they go for shopping making it easy for them and also return process of equipment is made simpler in three easy steps.

Comcast and NBC Universal being in media and technology space can be found and accessed everywhere. It offers its services in multiple platforms of TV, Computer and mobile phones. Comcast provides these services with websites, Apps and TV channels. Its Parks and Resorts are present in Hollywood and Orlando in US and also in other countries like China, Russia, Japan, Singapore. Its headquarters is located in Philadelphia. It’s a publicly traded company listed in NASDAQ and releases annual reports and financial statements about its performance and future plans and projects. This completes the marketing mix of Comcast.

Comcast corporation is the giant in global media. Comcast was founded by Ralph Roberts in 1963. Brian L Roberts, son of Ralph Roberts is now the CEO and Chairman of the company. It is an American global telecommunications company and the biggest in the world in the domain of broadcasting and cable television in terms of revenue. Also Comcast is the second largest Pay-Tv company in the world. It also provides telecommunication services. Headquartered in Philadelphia Comcast has two primary businesses – Comcast cable and NBC Universal.

Comcast operates and provides with the brand name XFINITY and these services are provided to both households and businesses. Comcast is a publicly traded company but often called as a family- owned business because of the controlling stake and family members of cofounder are serving as executives in the company.