Marketing Strategy of Adani analyses the brand with the marketing mix framework which covers the 4Ps (Product, Price, Place, Promotion). There are several marketing strategies like product innovation, pricing approach, promotion planning etc. These business strategies, based on Adani marketing mix, help the brand succeed in the market.

Adani marketing strategy helps the brand/company to position itself competitively in the market and achieve its business goals & objectives.

The product strategy and mix in Adani marketing strategy can be explained as follows:

Adani is a leading conglomerate in India. Adani’s product & service portfolio in its marketing mix includes energy, agribusiness, logistics and resources. It’s main subsidiaries are Adani Ports & SEZ Limited, Adani Power and Adani Gas Limited. Adani enterprises is the largest producer of cola in the world and AEL is on its way to become the largest producer of solar energy generation in India. Besides this its subsidiary Adani AGri Logistics is the first integrated bulk handling company in India, handling storage. Instituting India’s biggest apple supply chain Firm Pik, Adani Agri fresh with modern storage infrastructure and provides fresh farm products. This has also assisted in improving the lives of farmers. Adani Enterprises also set up the world’s largest solar power project at a single location in Kamuthi, Tamil Nadu. 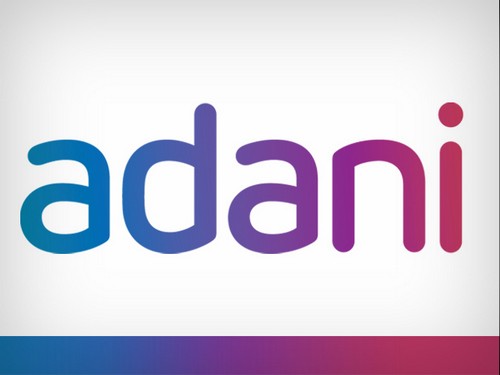 Adani Group has diversity in its services and hence a varying price offering.

With total sales value of INR 10,000+ crores from power supply and INR 2000+ crores from coal sales, Adani Enterprises has proven to be a rapidly growing company in India. Since the group deals with infrastructure, coal, port, power generation and other projects involving huge capital investments, it needs to have healthy working capital and cash reserves. Its value propositions in the B2B space along with liasoning with auxiliary agencies help it achieve the stupendous growth year on year. As far Adani’s low priced products are concerned such as Fortune vegetable oils, it competes head to head with Sundrop offering good quality and value pricing, thus retaining its perfect pricing strategies across the board. Hence, this gives an insight in the pricing policies of the products & services in its marketing mix.

Following is the distribution strategy in the Adani marketing mix:

Adani has got an excellent geographic reach. Having a global presence and also foraying into the energy sector in various Indian states gives Adani a competitive edge by virtue of reach and capital. Adani Group has set up gas distribution networks in Ahmedabad, Vadodara in Gujarat, Khurja in UP and Faridabad in Haryana. It also distributes along with Indian Oil Corporation to places like Allahabad in UP, Ernakulum in Kerala, Chandigarh and Panipat in Punjab, Daman, Udhamsigh Nagar in Uttarakhand and Dharwad. Adani has also acquired a license in 2007 issued by the Bulungan Regency by the Government of Indonesia and also has reach in Australia.

With Adani’s several benchmarks, such as being one of the largest suppliers of coal in India, largest revenue earner for the Railways of India to being the largest importer form Indonesia, Adani has made a mark unmatched by even some of the biggest infrastructure and energy companies in the world. Banking on such prestige, Adani’s brand name gets its boost from subtle online advertising and expensive newspaper and TV commercials. It mostly used Above the line advertising campaigns to further its reach and high investment plans and is projected as one of the most dependable high capital companies in India.

Since this is a service marketing brand, here are the other three Ps to make it the 7Ps marketing mix of Adani.

Adani is a people centric organization. With more than 10,000+ employees working with Adani, excellent Human Resource policies have been strictly formulated and implemented. This includes industry best safety standards for power plant employees, best in segment remuneration, sympathetic leave policies and other benefits. With a conduce work environment and overall well-being the top priority for Adani, employees are retained for far longer than several competitors. Its employees also helped build its brand image by following the Chairman’s advice to give up LPG subsidy.

With the rapidly depleting fossil fuel reserves clearly in sight, Adani enterprises understands the need to move to renewable energy sources keeping environmental concerns in mind. Therefore integrating a move to wind power is one of the key processes that Adani Enterprises is implementing. Therefore, by 2022, 60% of its energy generation would have moved to wind from fossil fuels. Also Adani Group has invested in a 40MW power plant run on solar energy in Gujarat and is a significant extension in the renewable energy space. It has also developed a vertically integrated plan for production of ingots, modules and solar cells in India.

Adani Group’s Carmichael railway, port and coal project including the building of Australia’s largest thermal coalmine to provide 10,000 indirect and direct jobs for local and overseas business is proof of the physical evidence of the enormity of Adani Enterprises. It has also raised benchmarks in the 648 MW plant for solar energy in Tamil Nadu. Its Solar parks are characterized by the plug and play model for project development of solar power generators, thereby minimizing risks. Hence, this gives an insight in the marketing mix of Adani Group.

Part of the Adani group, an Indian conglomerate, multinational in operations, Adani Enterprises is a Gujarat based company diversified into businesses which include logistics, agribusiness, energy and resource sectors. Part of the largest operator of ports in India, it is the owner of the famous Fortune brand, the largest edible oil brand in India, a joint venture with the group Wilmar International based in Singapore.

Adani Enterprises being the flagship company of the larger Adani group. The belief behind the formation of the company was ‘Nation Building’ and to develop national assets which add economic value to the country, as claimed by Mr Gautam Adani.