Zee Entertainment marketing strategy helps the brand/company to position itself competitively in the market and achieve its business goals & objectives.

The product strategy and mix in Zee Entertainment marketing strategy can be explained as follows:

Zee Entertainment is one of the top media and entertainment companies based out of India. Zee Entertainment has thirty-three domestic channels and thirty-eight international channels in its marketing mix. It has 200,000+ hours of content and a viewership of over one billion. The following are the category wise division of channels: 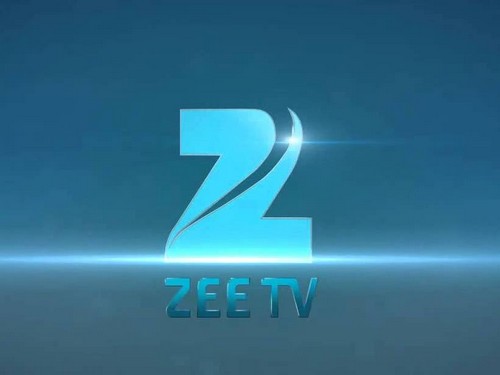 Below is the pricing strategy in Zee Entertainment marketing strategy:

Zee Entertainment faces strong competition from Star channel as in 2000.

Sony has also become a strong competitor. Zee had to extend its programme times in prime time and increase variety in programs. Zee Entertainment faces strong rivalry in face of which it follows a competitive pricing strategy to maintain a market share of 17.9% in mass media industry. Zee entertainment’s channel Zee News charged INR 3936 for 10 seconds of advertisement on a regular basis. According to an order by TRAI a basic mandatory fee of INR 130 will ensure broadcasting of hundred channels, the order is yet to be passed. This order can constrict competitive practices of the likes of Zee Entertainment hence reducing efficiency.

Following is the distribution strategy in the Zee Entertainment marketing mix:

The channels are highly differentiated so that it can better cater to myriad viewer preferences. Zee Entertainment is present in 171 countries. Zee Entertainment has recently invested in a digital platform where Zee content is accessible to all viewers online. This digital platform is called Ozee, it was established last year only. Zee has also set up the one of the first Spanish channel for Bollywood movies, which substantiates the extent of reach of Zee Entertainment. Direct-to-home satellite services and digital media are strengthening the media value chain. Zee channels are also accessible on platforms like Hotstar which is allows viewers to access programs according to their convenience.

Such platforms are the catching up and could be a new market for Zee Entertainment.

Zee aims to promote itself as a brand with true Indian culture but with modernisation. A balance of traditional and contemporary elements. Zee logo has evolved and changed thrice to depict the same. Zee focuses on promotions of its various programmes and channels. Programmes are popularised by cast members themselves and channels are pushed by television advertisements. A novel approach was undertaken by &TV recently when three members of the cast of an upcoming show gate-crashed a marriage in Lucknow, Uttar Pradesh as it resonated with the theme of the upcoming show. This sort of interaction with viewers is bound to leave impact. This was one of its kind of promotion ever done by media company as it went beyond the scope of television but involved real life interaction as well. Zee could also pair up with Youtubers and active social media persons for influencer marketing to break the brand perception of a traditional and old entertainment channel.

Since this is a service marketing brand, here are the other three Ps to make it the 7Ps marketing mix of Zee Entertainment.

Zee Entertainment Ltd. is well versed with the needs of the consumer so it very clearly differentiates the content in multiple channels and well defined time slots to target the ideal customer. For example, daily soaps meant for Indian audience are channelized in mainstream channels and the time slots are such that household chores do not get in the way of entertainment. For audience that prefers English entertainment, they can access TV series and movies in different channels meant for specifically TV series or movies. Such deep differentiation of content and well times slots ensure maximum customer satisfaction and retention.

Zee Entertainment Ltd. focuses on inclusion of all employees. The employees are put through formal training and fostered to grow their individual talents. Zee Entertainment also has a module called SAMWAD which allows all employees, top level or of middle level to exchange ideas, information, etc. SAMWAD helps boost conversation and communication in the company. This also is an employee engagement tool.

Zee Entertainment has marked its presence in many fields by bagging awards for impactful leadership, best in-house legal team, green initiatives, etc. This proves that it is a wholesome robust company that is fulfilling all its duties to all the stakeholders. As mentioned earlier, the presence of Zee Entertainment across multiple countries and across platforms now, is a proof to the strength of the company. Hence, this marketing mix of Zee Entertainment is covered here.