Marketing Strategy of AirAsia analyses the brand with the marketing mix framework which covers the 4Ps (Product, Price, Place, Promotion). There are several marketing strategies like product innovation, pricing approach, promotion planning etc. These business strategies, based on AirAsia marketing mix, help the brand succeed in the market.

AirAsia marketing strategy helps the brand/company to position itself competitively in the market and achieve its business goals & objectives.

The product strategy and mix in AirAsia marketing strategy can be explained as follows:

AirAsia is one of the most popular low cost airlines in Asia. AirAsia is an international air travel carrier, which started its operations in Malaysia, and has moved onto expanding its services in other countries in the Asian continent like India and Thailand. The low cost air services are the basic product strategy in its marketing mix. AirAsia focuses on providing convenience to guests, through competent services, in line with industry expectations and offers frequent flights and reliable point-to-point connectivity. Over the years, it has enhanced its payment service options through efficient payment channels and facilities like ticketless service. The passenger traffic was significantly impacted for the airline due to the pandemic in 2020. 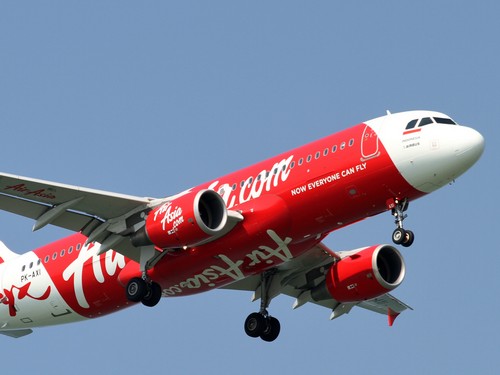 Following is the distribution strategy in the AirAsia marketing mix:

AirAsia stands for low pricing and a no frills policy. It engages in an anchor pricing strategy in its marketing mix, which creates a base for pricing all operations carried under the AirAsia umbrella. In anchor pricing, AirAsia prices its services and tickets at an extremely low price, encouraging the customers to start thinking about the possibility of flying with AirAsia.

Furthermore, prices are determined by the class of travel, Load factors for the airline , dates and days of travel along with competitor pricing in the airlines industry.

AirAsia has massive operations spread across more than 160+ destinations world spread across 25 countries. It offers both domestic and international flights on its routes. Distribution channels for tickets include multiple sources from the likes of internet booking, exclusive reservation and sales offices and company authorized agents. It operates through its affiliate airlines Thai AirAsia, Indonesia AirAsia, Philippines AirAsia, and AirAsia India while its sister airline, AirAsia X, focuses on long-haul routes.

When it comes to promotions, AirAsia has established itself as a player in the market that emphasizes on building customer value. To cater to its loyal customers, the company engages with them via frequent flyer programs. The Big Loyalty Program is one of the most successful campaigns run by the company wherein BIG SHOTs or privileged customers earn BIG Points for every transaction that they carry out and redeem the points against free air tickets for their travel. AirAsia focuses on providing accessibility based promotions wherein the consumer is informed of new product offerings with minimal interference from the company’s end using simple tools like emails. AirAsia engages in price based promotions extensively. Cheap flight tickets are given out on the basis of demand in the form of promotional schemes in an attempt to create a buzz around the entire campaign idea. Other than this, AirAsia engages in popular promotions through advertising for example on social media, through print ads or through simple but effective billboard advertising.

Since this is a service marketing brand, here are the other three Ps to make it the 7Ps marketing mix of AirAsia.

AirAsia is known for treating its employees, well. The company has close to 20,000 employees globally including pilots, ground staff & management. They engage in direct service development strategy simply by treating them as though they are an indispensable part of the organization. People provide most services that is the selection, training, and motivation of employees. Hence, it becomes key to choose the right set of people within the organization. AirAsia have an image associated with them of choosing the right set of people depending on their capabilities. When it comes to customer expectations, customers do not expect luxurious service or high class treatment, instead are satisfied with cheap fares and on-time performance of the flights along fast routes.

Physical evidence encompasses how AirAsia manifests itself. AirAsia is known for its optimum utilization of logo based branding- right from the exterior of the aircraft to the interior seats and uniforms. AirAsia’s brand colors are red and white. Both the choices of colors represent the right set of emotions that the consumers identify with. While Red means determination and Passion, White stands for perfection and positivity.

AirAsia boasts of a competent and dedicated customer care team, which is committed to resolving customer complaints between one to twenty four hours of request. They believe customers are key to their expansion and growth, and hence should be catered to with utmost priority. This completes the AirAsia marketing mix.

Headquartered in Kuala Lumpur with its main low cost carrier terminal located at the Kuala Lumpur International Airport, AirAsia has risen above objections to emerge as one of the leading low cost carriers in the entire world. Established in 2001, as a part of a vision to offer low-cost air travel to those seeking affordable travel, AirAsia redefined the image of travelling with its idea “Now Everyone Can Fly.” AirAsia assessed at the time of its inception, that there was a market of close to 3 billion people who were underserved with poor connectivity of flights and exorbitant fares. In an attempt to bridge the gap, AirAsia stepped in as the affordable carrier aiming to become a household name for air travel in and around Malaysia.

Today, AirAsia is popular for its cost cutting techniques, essentially by the use of same series of planes. It engages in point-to-point flying, which contributes to reduction in costs significantly.