Marketing Strategy of Wimpy analyses the brand with the marketing mix framework which covers the 4Ps (Product, Price, Place, Promotion). There are several marketing strategies like product innovation, pricing approach, promotion planning etc. These business strategies, based on Wimpy marketing mix, help the brand succeed in the market.

Wimpy marketing strategy helps the brand/company to position itself competitively in the market and achieve its business goals & objectives.

The product strategy and mix in Wimpy marketing strategy can be explained as follows: 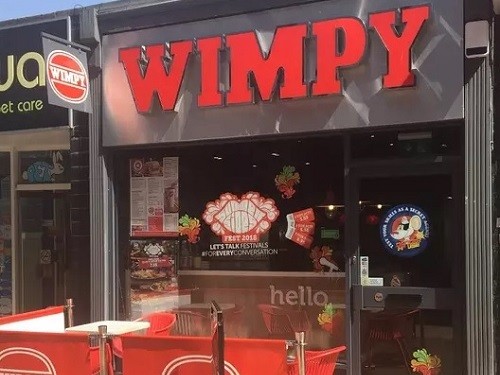 Wimpy mostly focuses on competitive pricing as the foods & snacks offered are similar to many other food chain brands.

All the items offered by Wimpy’s are differentially priced depending on the customer preference. Price of the products range from $21.9 to $ 149.9.

Following is the distribution strategy in the Wimpy marketing mix:

Wimpy is present in 170 locations in the UK with 80 restaurant chain. In 2011 Wimpy had 500+ restaurants in south Africa making it the largest franchise hub of the brand. Wimpy managed to penetrate the markets of south Africa, US, Australia, France, Greece, Ireland, New Zealand, Israel and India but was wiped out over the years due to the market dominance of McDonald’s. Also the brand has an online site that provides all kind of information about the menu items of a Wimpy chain.

Unlike other brands of its kind Wimpy’s also has a site tailored for kids and offers healthier options in burgers and drinks for the kids.

Wimpy adopts the traditional means of promotion of digital media, print, tv advertisement and billboards. It has also started a campaign called the #wimpymoment that people can use while uploading their pics in the social media while dining at a Wimpy’s. This is aimed at increasing the social visibility of the brand. Wimpy also partnered with other companies and get a breakfast or a burger meal at any Wimpy store.

Since this is a service marketing brand, here are the other three Ps to make it the 7Ps marketing mix of Wimpy.

Wimpy is known to have an extremely competent staff trained in managerial skills and are known to provide great customer experience. Wimpy as a brand aims to provide people with “A Wimpy moment” which is solely achieved because of the efficient people at Wimpy.

For over 60 years Wimpy has been providing its customers with their favourite dishes like the Spicy Soya Bean Burger, Knickerbocker Glory and Bender in a Bun. These are some of the brand’s iconic dishes that have contributed much in building the brand equity of Wimpy.

Not only the items on a Wimpy menu look scrumptious they taste delicious too. The outlets have a great ambience and provide an ideal spot for family lunch or breakfast with friends. This completes the marketing mix of Wimpy restaurants.

The first Wimpy restaurant opened in the year 1934 in the Chicago, United States by Edward Gold. The name “Wimpy” was inspired by a character in the Popeye series who was extremely fond of hamburgers. As the name suggests the company aimed to offer its customers hamburgers, fries and beverages. By the year 1936 26 chains of Wimpy had cropped up in the other Midwestern cities and it was reported that Wimpy sold around 8 million hamburgers annually in Chicago alone per year. In the year 1957 Wimpy restaurants expanded its business to the Lyons, United Kingdoms and came to be known as Wimpy's International Inc. By the year 1967 Wimpy’s had expanded to Murchies passage, Durban in South Africa. The opening day saw over a 1000 people flocking to Wimpy.

During the 1980s Wimpy’s became the first sit-down restaurant to serve all South Africans and the company in collaboration with Mobil took to the road to make Wimpy a pit stop for everyone. The year 1995 saw wimpy being voted the franchiser of the year and new dishes like Wimpy relish being added to the menu.