India is a huge market when it comes to sheer size. Lot of products are launched and are advertised. Lots of marketing campaigns are launched along with the products but there are few which people really connect with and remember for long time. 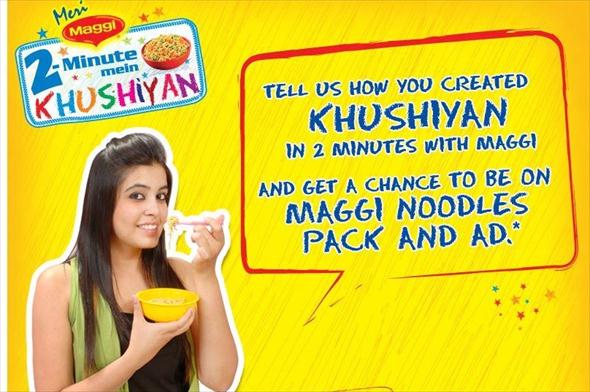 Maggi, the subsidiary of Nestle has been started in 1890. Its successful marketing campaigns help Maggi to get nearly 85% of market share. One of the secret behind this success is, it targets its consumer market with separate messages for different age groups, i.e. taste for children and convenience for mothers. Initially it was very difficult to change the strong eating habits of Indians, but they did that change.

The campaign of “2 minutes Maggi” and “Taste bhi, Health bhi” had a huge impact in its sales. One of the most remarkable strategies includes ‘Share your Maggi Moments’,’ Me and Meri Maggi’. Then those stories of Maggi loyalists had been shared in TV commercials. This story sharing campaign helped to retain its old customers and also the brand awareness also got improved. Apart from these repositioning strategies, it also introduced new products like vegetable, atta noodles and so on, to be in the position of market leader. In India, one of the main brand ambassadors for Maggi is Amitabh Bachchan. 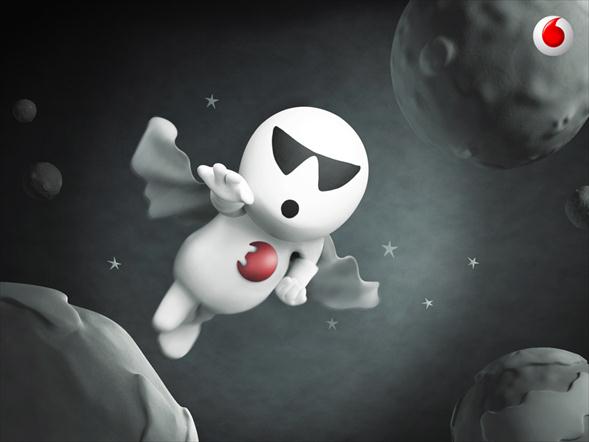 Vodafone, a British Telecommunication company, headquartered in London was founded in 1982. One of the most popular and innovative campaigns of Vodafone is the ZooZoos. ZooZoos were being introduced in its TV ad campaigns, for passing its Vodafone 3G messages to its target consumer. ZooZoos are human like character. Now it is the second largest mobile network company next to airtel.

In India, it successfully rebranded Hutch to Vodafone with the taglines such as ’change is good’ and ‘Hutch is now Vodafone’. Another one popular campaign in TV advertisements used by Hutch was Cheeka - Pug with the message of ‘Wherever you go our network follows’ by showing how the pet dog follows the boy to the barber shop.

Also another one interesting campaign includes ‘Happy to Help’ campaign. The similar pug ad, which had been used by Hutch, was used by Vodafone, but with a girl and a pug. It increased its brand awareness and reach to its target customers. 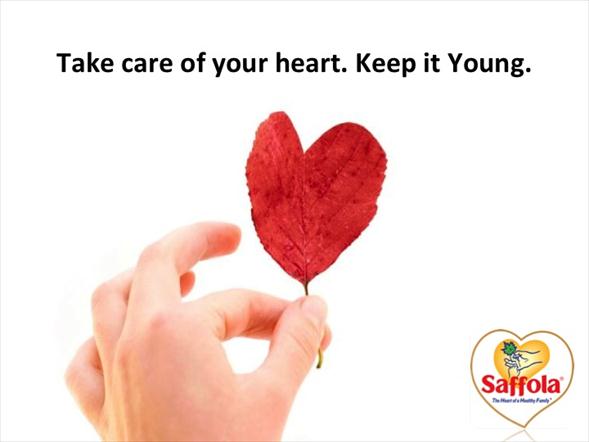 One of the main reasons behind the successful reach of Saffola to its target market is because of its interesting TV commercials. In the bigger competition from huge brands, it made an impact in the segment with the different messages related to healthy heart. The healthy life style message with the ‘hospital ad’ had been introduced to the target market, as it was lacked in many consumer minds in Indian oil segment. Thus it associates the brand with the ‘healthy heart’.

Its campaign of ’Kal Se’ is the most remarkable one for its huge success in India. This ad campaign with A R Rahman music shows how the caring wife takes care of his husband’s health with the Saffola Gold oil.

And ‘heart warning campaign’ in ads also increased its awareness and it was done with a little girl, who passes the message of risk of heart problem

Saffola Healthy Heart Foundation also has been formed to educate about the healthy life style and it conducted many heart check-up camps to increase the brand awareness and reach. 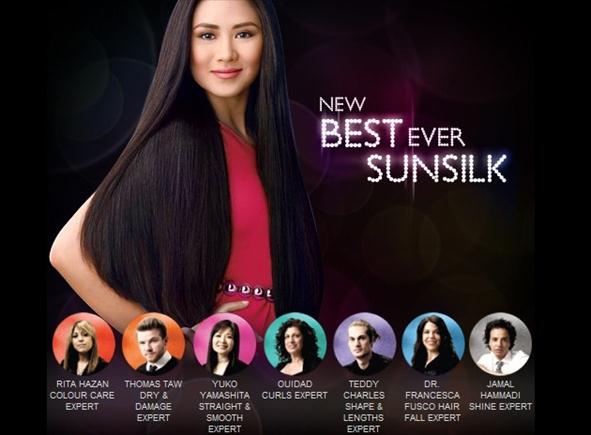 Sunsilk repositioned its brand to its target segment with the interesting ad campaigns. One of the main campaigns includes its co-creation campaign. In this campaign the hair care experts name has been included for different types of sunsilk shampoos. It made a huge impact in their sales and brand awareness. Through this co-creation concept, it educated its target consumer that how it made the product with the help of experts and also the chemical compounds used in the product. Even the most interesting thing in this campaign is those experts are from different countries and for different hair problems such as shine, straight, thick, strong and so on.

This unique and interesting co-creation campaign helps the brand for successful repositioning. 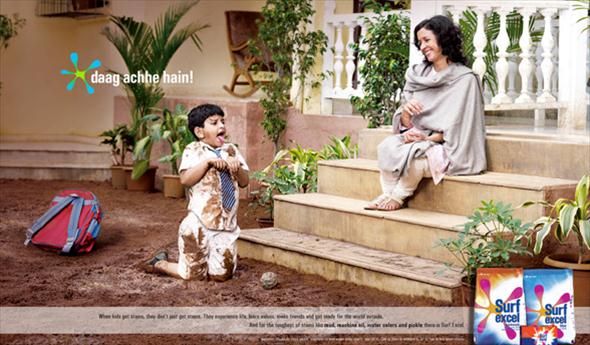 The purchase decisions of consumers are not only with rational, but also with the emotional connect. Apart from the product quality, with the successful emotional connect, a brand can succeed. One of the examples for this can be said as Surf Excel.

Surf Excel reached its target customer mind with the interesting campaign called ‘Dirt is Good’. It is such a huge successful campaign in the history of this brand. The campaign covers all platform from TV, newspaper, radio and so on. It placed its brand in upper segment with little high price, compared to its competitors like Rin, Tide. In the platform of less differentiable product, the brand campaign is the main reason for its huge success.

This ‘Dirt is Good’ ad campaign has been started by sowing the message that a little brother takes revenge on mud for spoiling his sister’s clothes. After this, many versions with the same message has come. It shows the message with many children small stories, when they are doing something good, their clothes get dirt. 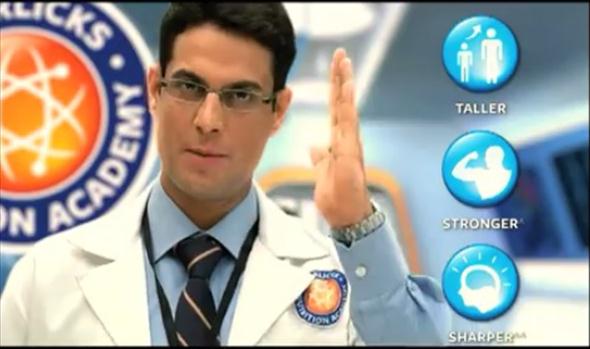 Horlicks, a GSK Product, in the segment of health drink has created a huge commercial campaign to create its brand in the competitive segment. It distinctively positioned its product with the unique campaign. It becomes popular in terms of brand awareness and reach, since 1930. In 2005, it came up with the message of ‘Taller, Stronger and Sharper’. This campaign targets its consumers itself i.e. children, instead of the customer i.e. their mothers.

‘Taller, Stronger and Sharper’ campaign shows the laboratory experiment with a number of children who are better in their growth, when they consume Horlicks, compared to the children who have not consumed Horlicks. This differentiated message has created the rational and emotional connect between the brand Horlicks and children.

Apart from this campaign, it has other successful campaigns such as Horlicks Lite for the adult segment, Women’s Horlicks, Junior Horlicks and so on. These campaigns have succeeded with the help of TV commercials. 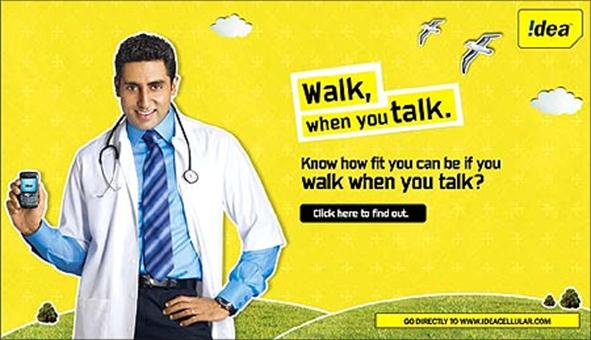 Brands try to connect with the customer always by sharing some messages time to time. Idea has achieved a great success in the mobile network market in such a short period of time with its innovative ad campaigns. Some of these idea commercial campaigns are mentioned below.

The journey of commercial campaigns is with the series of ‘What an Idea Sir ji’ campaign. And ‘Walk when You Talk’ campaigns created a huge impact in its reach and even brand has been emotionally connected with the mind of target customers. ‘Get an Idea’ Campaign shows the suggestion of Abhishek Bachchan as a waiter in a Hotel to a young girl to get an Idea network. At World Communication Awards, 2014, ’Get Idea’ ad campaign has got ‘Best Brand Campaign’.

These ad campaigns have helped it to bid its brand in Indian market nation-wide. This successful brand awareness and reach was with the brand ambassador Abhishek Bachchan. 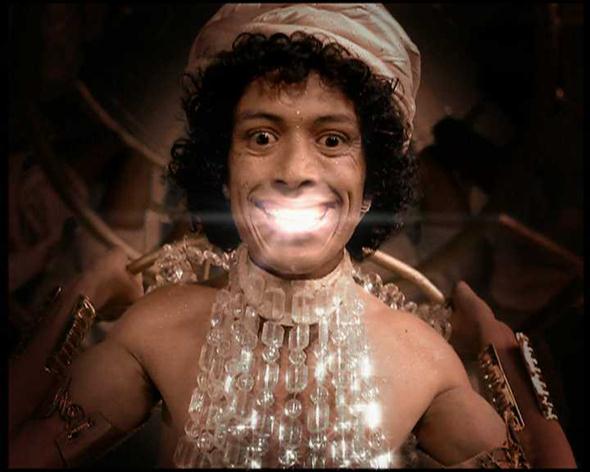 Happy Dent chewing gum came up with a brilliant campaign showcasing the best use of their product for ‘sparkling’ white teeth. The ad campaign beautifully shows the bright white smile one gets after having the chewing gum, which makes every dark night bright.

This ad campaign went on to become extremely popular in a humourous way and increased the brand presence of Happy Dent.