Many a times we come across products that may be simple or complicated but they are amazing. We have a list of 10 such amazing products.

The products in this list are not only amazing but many of them have changed many lives for good with just a simple idea.

If you know any similar amazing products leave a comment below. 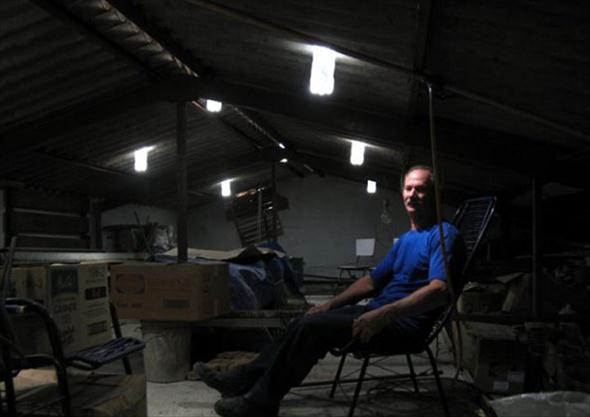 Who says that investment of millions of dollars in R&D will promote innovations? Most innovations can be found at bottom of pyramid, created to fulfill the needs of millions of poor, who do not have access to basic commodities (a luxury for them) of life.

Solar bottle lamps are created by Alfredo Moser in Brazil to address needs of slum people who do not have access to either sunlight or electricity. This is further adopted by MIT students to expand the product to globe’s poor.

Bottles, filled with water, are inserted on roofs – half inside & half outside. Their lower portion refracts lights like a 50 watt electricity bulb but without power. Few drops of algae killing bleach are added to keep water germ free & clean for a long time. 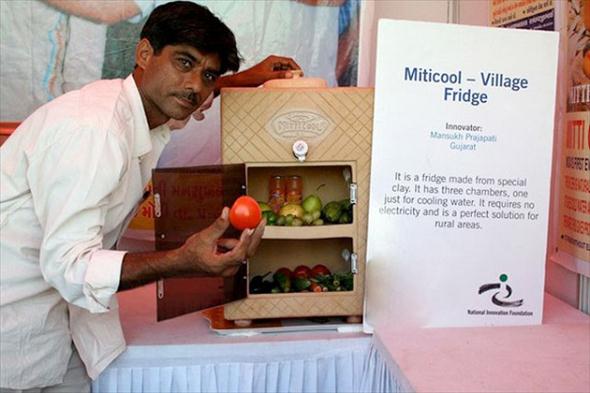 Termed as fridge of poor, Miticool or clay fridge is formed out of clay. It is created by Mansukh Prajapati, idea of which occurred when he saw a broken clay pot’s picture in a local newspaper with the headlines, “Poor man’s fridge destroyed” after an earthquake, which was used to keep water cool.

Commonly known as fridge of common man, Miticool does not need any electricity. The cooling is done by evaporation, a very simple natural process which was used prevalently in ancient times in forts & palaces to keep the rooms cool.

There is container of water at the top which cools the water & same water seeps down the walls of fridge & keeps food cool in lower chambers through evaporation. Also, the original taste of food is restored & Miticool does not require any maintenance. 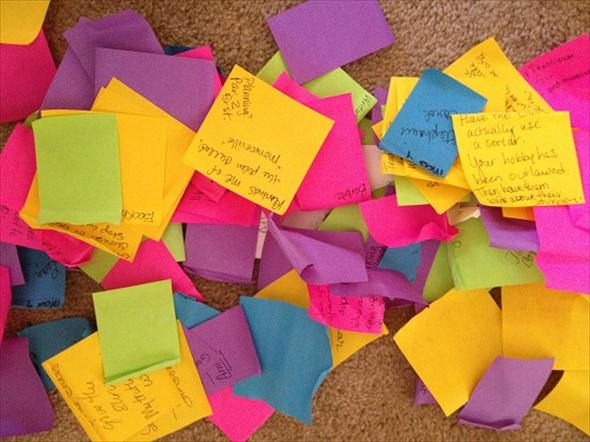 Post-it notes are present everywhere – from a CEO’s office to an employee’s desk to fridge at home, from a doctor’s cabin to nurse’s desk, and so on. Post-it notes is a product which is very simple and flawless in design.

Dr. Spencer Silver at 3M labs in late1960s was in process to develop a total new range of adhesives but the outcome was a disaster & the experiment deemed failure. But Dr. Spencer kept experimenting & discussing with colleagues.

One of his colleagues, Art Fry, took immediate interest in it because he was in need for bookmarking hymens in church. Regular paper pieces were falling from book. He used Dr. Spencer’s adhesive to make bookmarks stuck comfortably. Later on, Dr. Spencer & Art Fry went on to experiment further & started distributing stick notes to employees. Very soon, whole organization was using sticky notes. Very soon, 3M invested resources to develop the product commercially. 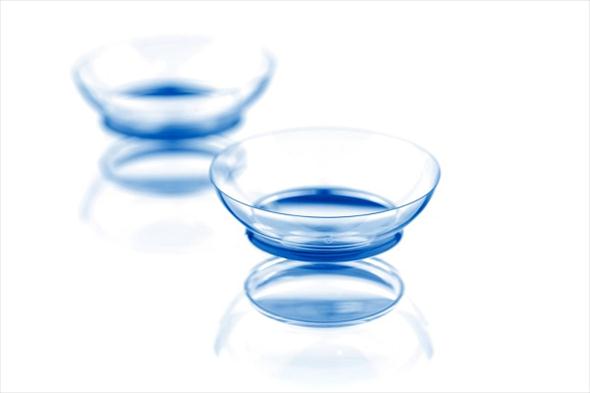 Today, people who wear spectacles cannot imagine their lives without the comfort of contact lenses. Contact lenses are an embodiment of a utility which is so easily accessible, versatile, flexible & comfortable.

Professor Otto Wichterle, a polymer chemist from Czech, Prague republic started working on the idea of changing power of cornea by submerging eye into bowl of water in late 1950s. He came up with initial prototype of modern contact lenses. The machinery for the prototype was built using parts of bicycle and children’s building sets.

Later, Lomb & Bausch from the US started working on this prototype & came up with soft, hydrogel lenses which were made available commercially in 1971. 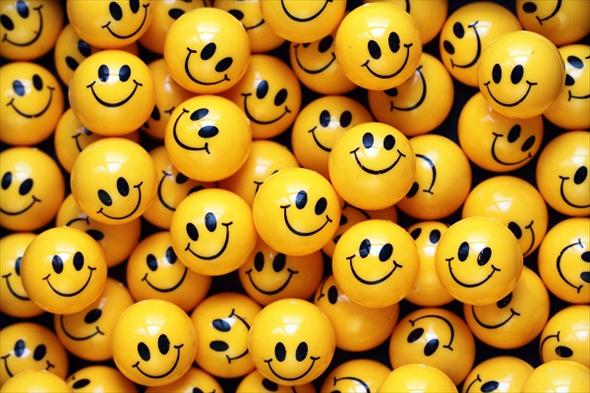 Yellow smiley faces have become inseparable part of our aesthetic lives. We meet & greet with happiness these faces at malls, retail stores, fashion places, cars, buses & so on. They are found stuck on the bags of 1st standard kid to the bags of professionals to the social networking biggies.

In 1963, Harvey Ball in the US drew this face to make his company’s client, State Mutual Life Insurance, happy & got $45 in turn.

Later, Murray & Bernard Spain brothers, bought the legal rights for this face & started using for their novelty store adding the now infamous tagline, “Have a nice day”. This yellow smiley became a contagion quickly & swept the whole country. Now it has become a worldwide phenomenon. In 2000, Spain brothers sold their chain to Dollar Tree. 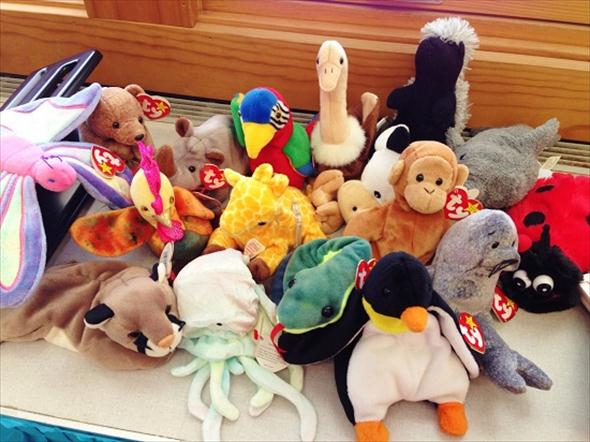 Take a sack, stuff it with beans, add furry ears, give buttons at the places of eyes & nose, and sometimes use bow wherever necessary and give cool names like Splash the Whale, Sizzle the Bear, Chocolate the Moose & so on. We are talking about a toy type, which has led the foundation of a toy empire bigger than Mattel & Hasbro combined in 1993.

Idea of Beanie Babies stuck to the mind of Ty Warner in 1993. But, he did not market his product in big retail chains and never advertised it. Also, every product was produced in limited quantity & designs were regularly called back, thus making Beanie Babies a collectible. By this, he made his toys exclusive & more desirable compared to competitors.

In 2000s, several famous kids’ characters were modeled into Beanie Babies like Shrek the Third, Dora the Explorer and Doc McStuffins etc. 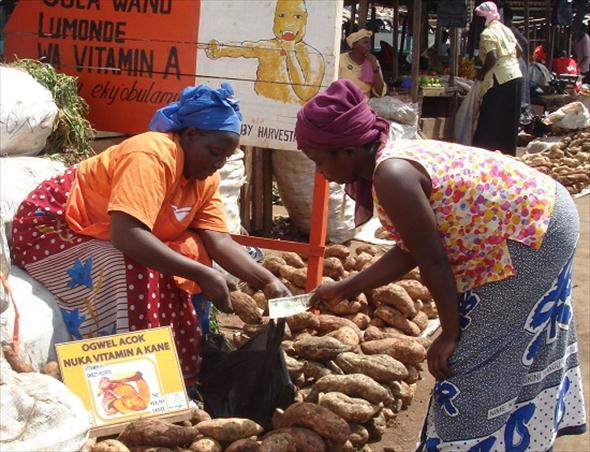 Approximately 3 million children are suffering from blindness in Africa alone because of vitamin A deficiency. Government & NGOs distribute vitamin A supplements but its impact is not significant. Adding beta-carotene to local crops was sustainable & profound impact making.

A new variant of sweet potato was developed which contains 4-5 times more beta-carotene (converted into vitamin A by the body) than conventional sweet potato. It was further distributed to 10,000 farmers in Uganda alone. Farmers’ income rose by nearly 40-50% and clinical tests on 12 to 35 months on non-breastfeeding children shown that vitamin A deficiency has reduced from 50% to 12%. Now many NGOs & agencies are nurturing & implementing this idea in Uganda, Mozambique etc. 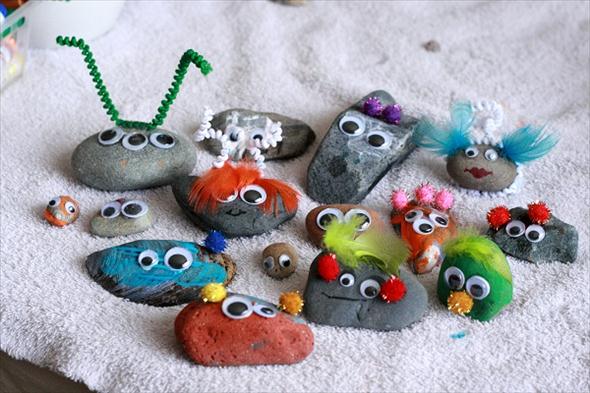 Gary Dahl came up with the idea of rock as a perfect pet while listening to his friend’s complaints about his pet in California. An ideal pet would not need food, bath, grooming, walk, clothes & it will not become sick ever.

Dahl, sold his ‘pets’ on a pile of hay at $3.95 as an ideal pet with complete pet training & maintenance manual with a card box as pet carrier & each unit sold gave him profit of around $3 & became one of the greatest fads quickly.

The first pet rock was grey stone & marketed as a live pet, carried in card boxes with holes for breathing and pile of hay. 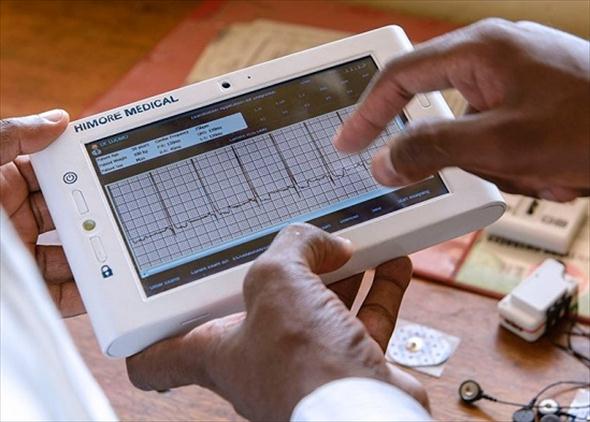 The so called first touch screen medical tablet invented & made in Africa is Cardiopad, invented by 24 year old Arthur Zang, a Cameroon based entrepreneur.

Arthur noticed a sudden rise in heart disease cases in its population of 20 million which is highly underserved by only 40 specialists. Rural people often have to travel hundreds of kilometers to consult a doctor & so the risk increases multifold.

Electrodes are placed near heart & signals generated from heart beats are captured in the Cardiopad which is later transferred to a specialist, wireless over GSM network, for diagnosis. Research of the data coming out of this process has shown that it is helpful in preventing sudden deaths to some extent. 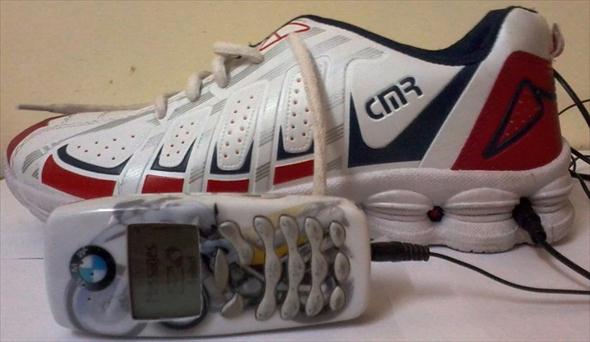 This was the idea of Kenyan inventor, Anthony Mutua. Energy generated from pedestrians is used to charge mobile phones. As the person walks, pressure energy is converted into current through a micro crystal chip fitted in the sole of shoe. This microchip carries current through wire to the phone in your pocket.

Also, it is not necessary to walk continuously to charge phone. Shoe can store energy & charge later. Also, energy is stored while you run or walk & can be transferred as current to charge mobile phone later.