Jobs are the most important aspect of taking admission in MBA. From sales & marketing, to finance jobs, to HR managers to a variety of other management and strategy profiles, jobs are on the top priority of MBA's. Here are some of the best job portals in India. 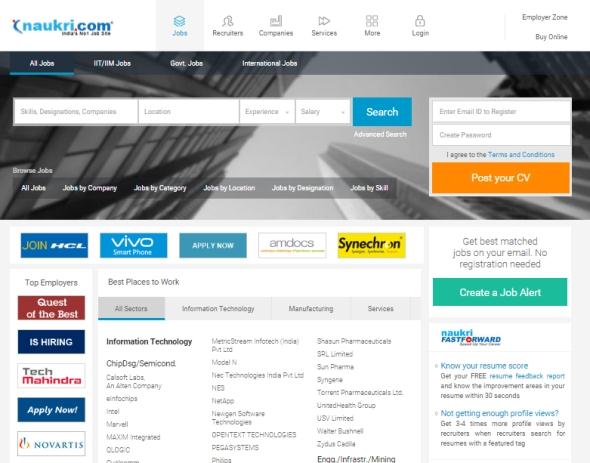 Naukri.com is one of the foremost online job sites to have started in India. It started in 1997 and as of March 2011, its database boasted of 25 million job seekers and over 80000 job listings from a variety of Corporate Customers. Primarily popular for its MBA job listings, Naukri.com has almost 19000 currently listed jobs under the category MBA in India. It lives up to its popular slogan ‘India’s No 1 Job Site’ and has won the award for Best Classified Website at the Indian Digital Awards.

With an Alexa ranking of 462 worldwide, it is among the top job portals all over the world in terms of web traffic. Apart from normal job classifications they also have a lot of related services like job alerts, CV services like resume flash and questions papers for interviews-among many others. 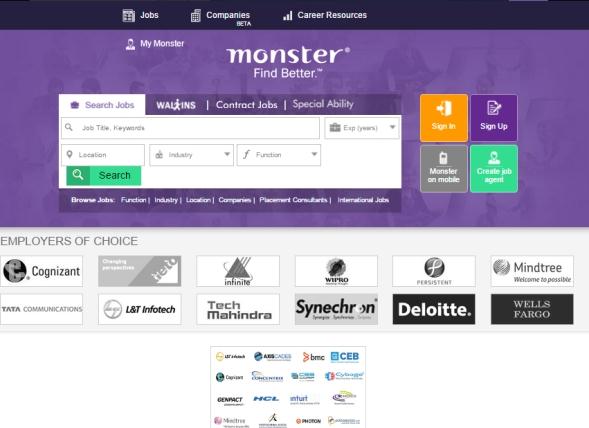 Arguably the most popular job portal in not just India, but also in the USA. Monster.com has grown onto reaching cult status in the international domain. With an estimated outreach of 23 million worldwide (according to Alexa Rankings), Monster.com not only provides good job listings, but they also have career services like resume writing, Salary Wizard, Personal Salary Report, removal of spam listings, and career counselling, that have been highly acclaimed. With almost 12000 job listings for Indian MBAs on today’s date, Monster.com also has over 150 million resumes in its database from all around the globe.

Even though it is a late entrant into the Indian online job portals market, yet its added advantage of having job listings from not only inside India but also worldwide, has made Monster.com more preferable in comparison to its competitors. 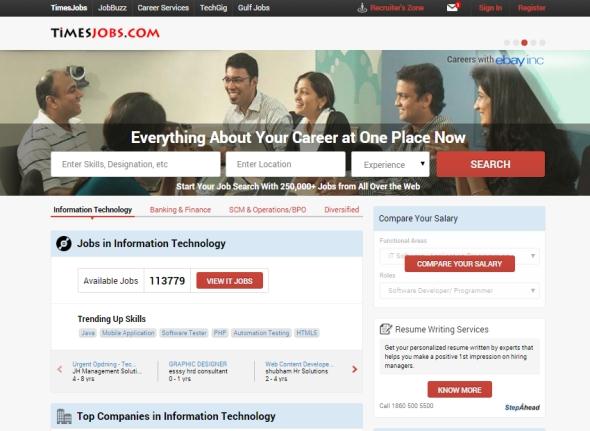 Another very popular job website that has come into existence in 2004, Timesjobs is owned and operated by The Times Group. Known not just for its job listings in India only but also in and around the Middle East, TimesJobs is slowly becoming a pioneer in the industry. It also has a few domain specific offshoots like Government Jobs, Advertising Jobs, BPO Jobs, etc. To this date TimesJobs have a database of 10 million candidates, with almost 20000 resumes being uploaded every day.

Having almost 6000 jobs under the MBA category (with listings from big names such as Deloitte, Microsoft, Amazon-among many others) , it is very safe to say that TimesJobs should be a sure shot venture for all MBA job seekers. It also has added services like Resume forwarding and Magic Resume that have been acclaimed by many. 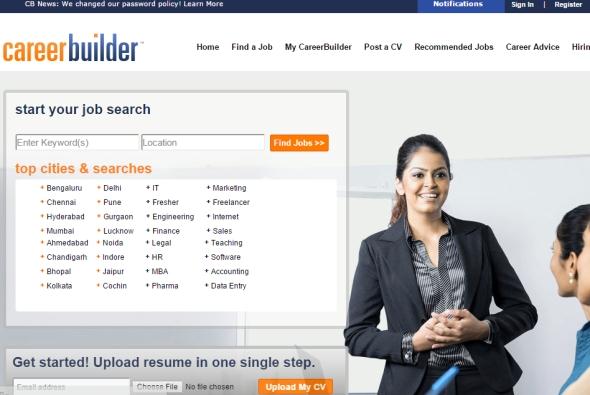 Careerbuilder is also known for its huge global partnership network with over a 1000 newspapers and leading portals, prominent among them being Incruit in South Korea. Their mission statement of ‘empowering employees’ is also very popular. They also provide additional services like Career Advice and My CareerBuilder. With partner such as MSN India and AOL Careerbuilder is definitely a must try destination for job seekers. 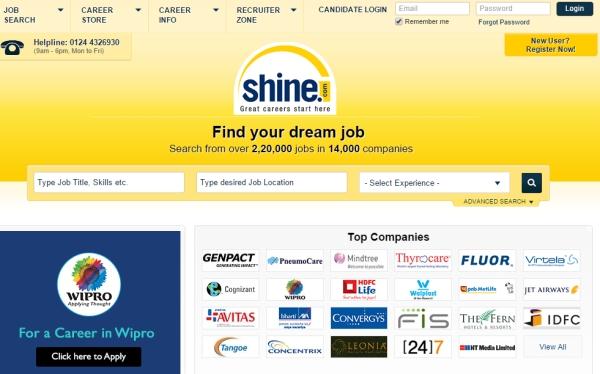 Shine.com is another website that is making recent waves in the online job portals market. It comes under the Hindusthan Times Media and was formed in 2008. Even though it is a very new site and is fare from the market leaders yet they are becoming more popular because of their innovative new steps. One new feature they added is My Paricha. Users can link their online job profiles to their Facebook profile and use their personal network to leverage whatever job they want to achieve among the ones classified. This feature has received a lot of positive reviews after its inception.

With over 4000 jobs listed under MBA in India, Shine.com has seen a lot of compliments and is surely to become much bigger in the coming years. A must visit for MBA job seekers. 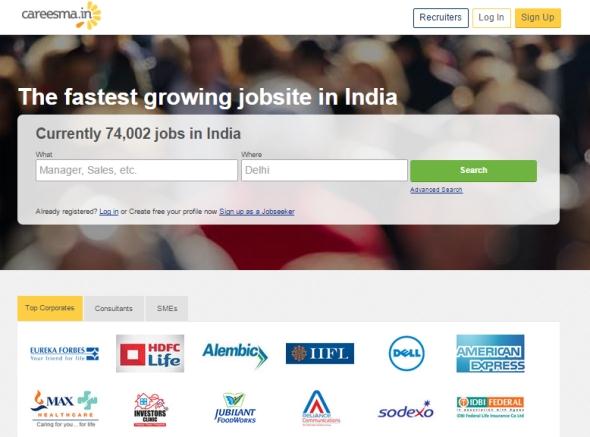 With 9 million job listings worldwide, Careesma is another one of the up and coming job portals in India. Originally formed in Europe in 1995. Careesma handles InfoJobs.it in Italy which is arguably the best online job portal in Italy with 4.5 million resume uploads. They also have premier job portals in Poland, Austria and other parts of Europe as well. They were launched in India as a partnership with IndiaMART.com.

With almost 5000 job listing under MBA in India, Careesma.in is highly preferable for MBA candidates in comparison to the other job portals that have come up in recent times. In total they boast of almost 84000 job listings, and top recruiters being Aircel, Bosch, Reliance Digital, ICICI Securities, SBI Life Insurance, TVS-among many others. 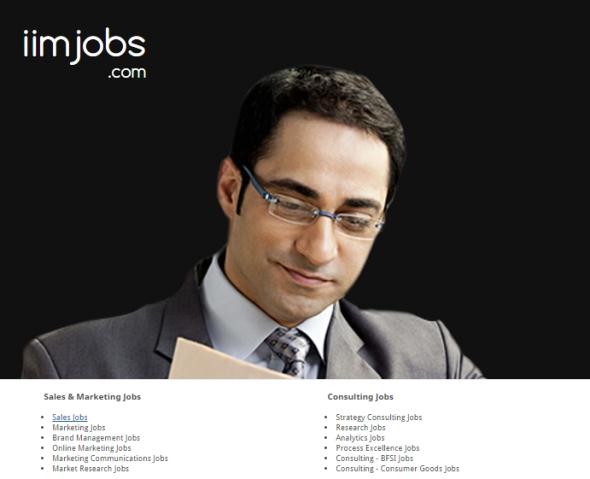 The latest in a new line of innovative job portals, iimjobs.com have made huge strides since its inception in 2008. Though it is mainly for the crème de la crème, yet iimjobs is highly acclaimed in many circles. Build from the ground up by Tarun Matta, an IIM Indore graduate, iimjobs boasts for nearly 200,000 job seekers to this current date.

Recently they have introduced a slew of new paid features like ‘Insights’ that help compare jobs, and ad free job search experiences among many other features. One other important aspect of this site is that recruiters do not need to pay anything to post their job listings. Specifically catered to just MBA and other related courses, this site is a must visit for MBA job seekers. 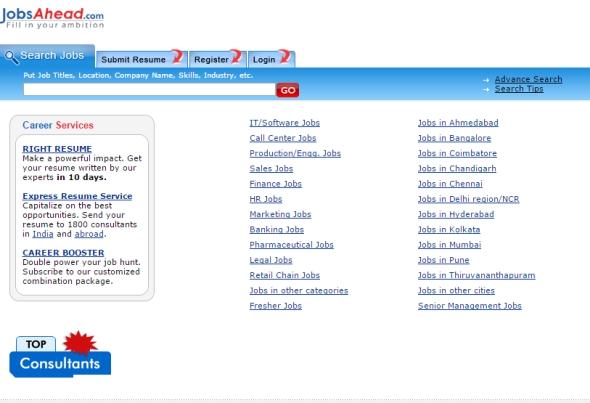 Another up and coming popular job portal, Jobs Ahead is another leader in the e-recruitment market in India. They boast of interesting credential like 3 million jobs seekers, almost 1.5 lac jobs from over 6000 clients. Not that popular like Naukri or Monster India, yet Jobs Ahead is also a nice visit from MBA job seekers. With a large number of jobs in popular segments like Retail, Senior Management, Advertising, Finance and Accounts and many more- Jobs Ahead deserves a resume upload from any MBA candidate looking for a job.

They have received compliments for many of its factors, one of the most prominent among them being the ease of using the website and their fast load times-something they boast about themselves. They also hosted a ‘Job Fair’, which is among the first incidents in India by an online job site. 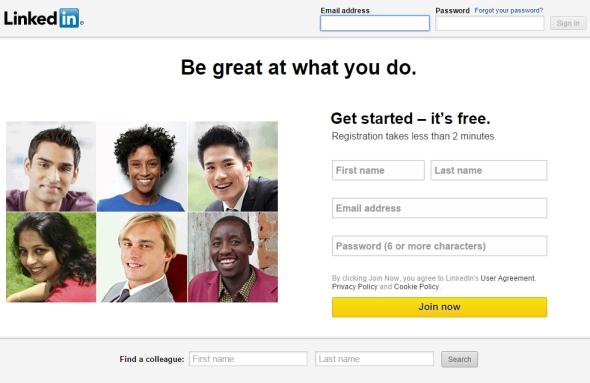 Linkedin may be considered the world’s largest social networking website in terms of business orientation, yet Linkedin is also popular for its job listings. Many are not aware of this. Even though it was launched in 2003, the job listings and the application to jobs feature did not start till 2011. With 178.4 million unique monthly users globally and an Alexa rank of 10 worldwide in terms of web traffic, Linkedin is not only a very busy site for professionals, both job seekers and job recruiters, it also boasts of almost a million job listings all together, and around 2300 for MBA graduates in India.

Linkedin is not only the world largest professional social networking website, also many top profile recruiters are very active on this site and hence the job listings are plentiful as well as highly credible. A must visit for all MBAs looking for jobs in India as well as abroad. 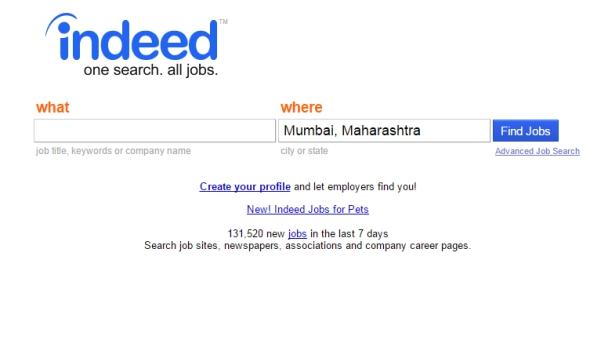 One of the most popular job portals in the whole world, Indeed also has very good presence in India. With their 14 crore unique visitors every month statistic as well as overtaking Monster.com as th most viewed job portal in USA in the year 2010, Indeed is also worth a visit and a resume upload for MBA job seekers. Listed under the category MBA in India, Indeed.com has almost 18000 listed jobs, which is a very high statistic in terms of its other competitors in India.

Worldwide they have an Alexa rank of 176, which is very high in terms of all other job search webistes. They have important features such as job search, resume upload, job competition index, salary search, etc. Their keyword tool search has also been claimed to be very fast and efficient.