Products which flopped due to poor Diversification Strategy 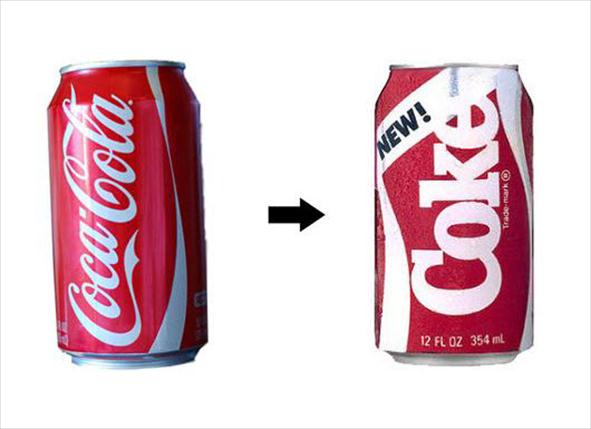 The Coca-Cola Company of Atlanta, is registered in United States since March 27, 1944. Ironically, it was first used as a medicine until businessman Asa Griggs Candle led Coke to iconic heights of the world’s soft drinks market. Its logo was created by Frank Mason Robinson in 1885. Coca Cola Company keeps on re-inventing its products, to keep up with ever changing demands. Thus, it launched an all new recipe in the form of New Coke in 1985. Roberto Goizueta, the then Chairman, said in an interview that the New Coke tastes “smoother, uh, uh, rounder yet, uh, yet bolder…has a more harmonious flavour”.Customers quite liked the flavour initially, but they soon started missing the original Coke. In fact, the company also tried to salvage the drink by changing its name to Coca-Cola II. After immense backlash from their fans, they withdrew the product and went back to the usual ways.The new coke may still be available in Yap & American Samoa. 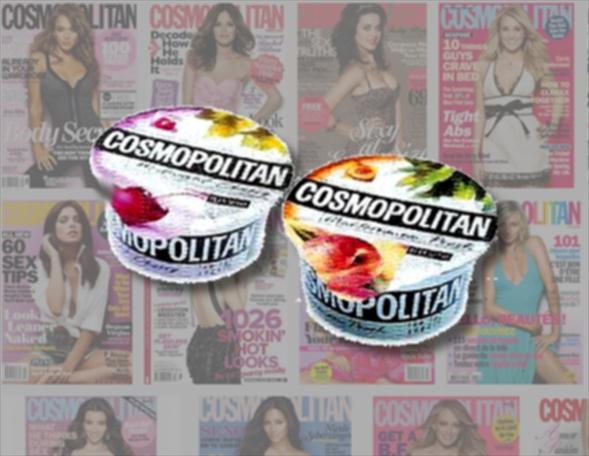 The world famous Women’s magazine-Cosmopolitan was first published in 1886 as a family magazine and has vowed many a hearts for the past so many years. It has 64 international editions, is printed in 35 languages and is read in more than 100 countries by the young as well as the old! On the other hand we have yoghurt which is said to have originated in central Asia. Do you see any link between the two? Well, cosmopolitan people perhaps saw some connection between the two. Thus, deciding to go far away from its area of expertise, Cosmopolitan launched Cosmopolitan Yogurt. It left customers baffled asmost of them could not relate Cosmopolitan to Yoghurt. Also they were priced considerably higher than competitors and were touted as sophisticated and desirable. As expected, it had an early demise. It was brought off the shelves within one and a half years. 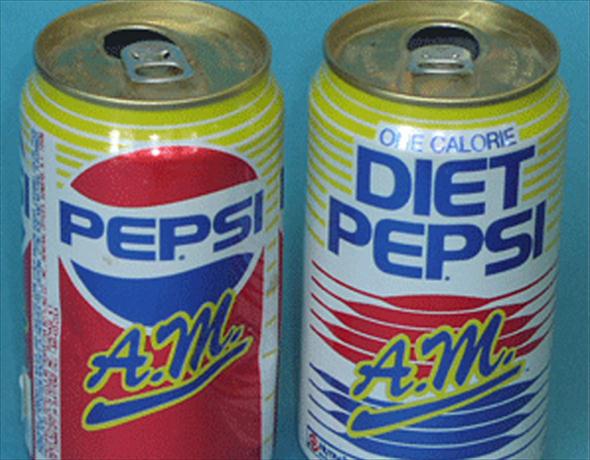 The iconic drink Pepsi was first introduced as ‘Brad’s Drink’in 1893. It was later renamed to Pepsi Cola in 1898, after the enzyme pepsin and Kola.Would you like to have soda drinks in the morning for breakfast? No right? Well, Pepsi probably didn’t ask this question to anyone. In 1989, it first launched Pepsi AM. It contained more caffeine than the regular Pepsi and was promoted as the ideal early morning drink. It also confused customers who thought it had to be consumed before 12 noon only. Another notion against their fate was the fact that people were considered to be drinking less caffeine during the 80s, in order to get healthier. As history stands, it fizzled out in a year. They gave it one more shot in 1992, by launching Crystal Pepsi (clear cola). But as they say, never mess with a tried and tested formula. It died an early death too in 1993. 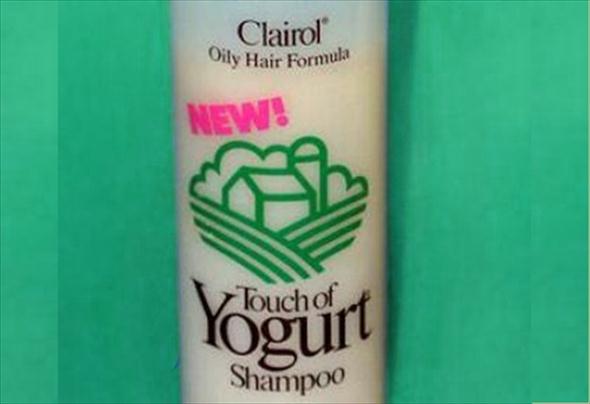 Launched in the year 1979 by the FMCG giant P&G, it came across as the perfect solution to hair care! But somehow, at that time, customers could not digest the use of yoghurt in a shampoo. Clairol evidently opposed the attraction to proceed with names like Fragrance of kefir or sound of sour cream. Yogurt was comparatively stylish and logical. They doubted its authenticity and effectiveness. It was clearly ahead of its time and confusing. A lot of people were known to have consumed it because they thought it was edible yoghurt and not a shampoo. It was soon discontinued. The take away, just because it’s popular doesn’t mean it will work. 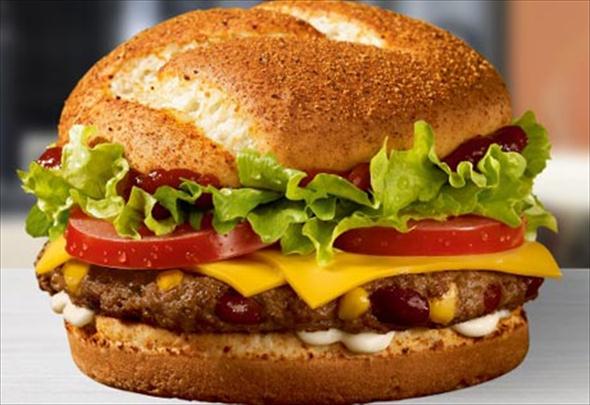 McDonald’s is the world’s largest chain of hamburger fast food restaurants. It serves more than a staggering 60 million customers in a day in over a 100 countries across 35000 outlets. McDonald’s was constantly a children favourite hangout place. But Mc.D. wanted to expand its wings to a more adult audience. Therefore, in the iconic year of 1996, McDonald’s tried its hand at refining its product offering by introducing a ‘fine dining’ style burger-Arch Deluxe after spending 300 million on the market research. It boasted of quarter pound of beef with potato flour and gorgeous bun. It was generously topped with bacon, lettuce, tomato, cheese, shallots, ketchup and a ‘secret’ mustard along with mayo. It was promoted with the world’s most expensive advertisement campaign till date. What they completely ignored is the fact that people expect McDonald’s to be fast, simple yet sumptuous. They do not expect them to serve high end products. It was in stark contrast to their brand identity and thus a failure. It was highly priced, weird ads and high calorie content. 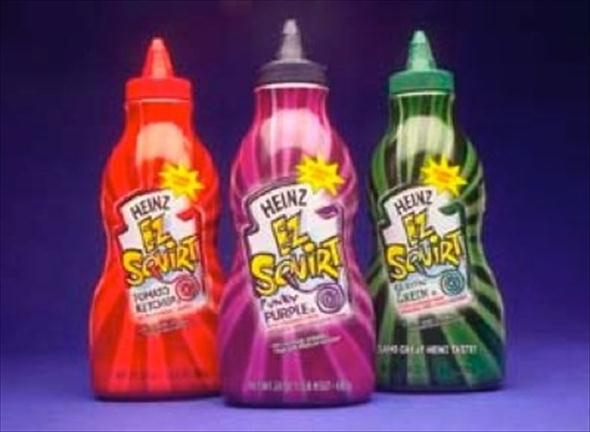 Heinz, is an American food processing company, headquartered in Pittsburgh, founded by Henry Heinz in 1888.The company took a massive risk in the new millennium by launching coloured ketchups to appeal to the younger crowd. They had bizarre colours like passion pink, awesome orange, totally teal, electric blue and funky purple, to name the few. Heinz EZ Squirts first launched the blasting green and created to support the Shrek movie! As expected, the kids ran to get their own. In fact, each new colour gave Heinz and increased leverage in the market. More than 25 million bottles were sold. Instead of becoming a staple on the dinner table, it was despised by parents who found it resembling extra-terrestrialtomato sauce and unhealthy due to artificial colouring. Timing is everything. Green was a safer bet to begin with as tomatoes could be green. But the next colour came out after a huge gap of 2 years! As expected, it bid goodbye pretty soon. 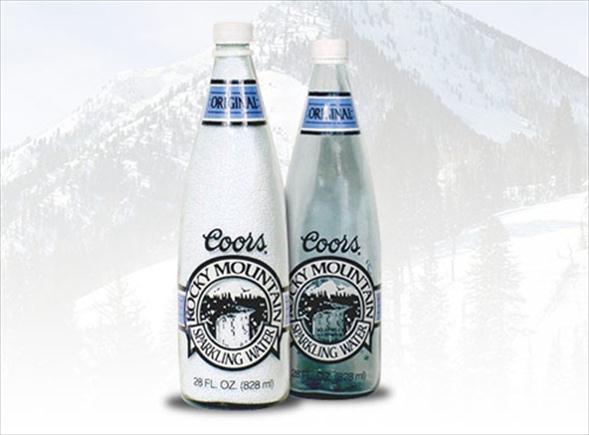 Adolph Coors Companyhad always promoted itself as the one with a touch of spring water in its resplendent beer. It is said that the spring water had been used since 1873 to brew its beer. Around 1980s there was a growing attraction towards low alcohol consumption and healthy living. Thus, in 1990,it introducedits first non-alcoholic beverage named CoorsRocky Mountain Sparkling Water. The vastly evident mistake that the company did was that they kept the Coors front logo & centre on the label same as on their beer. This may have confused consumers and worried them about the presence of alcohol in the water. There wasalso a lot of criticism for using pure spring water in production of beer. Eventually Coorsdiscontinued it bottled water trademark in 1997. 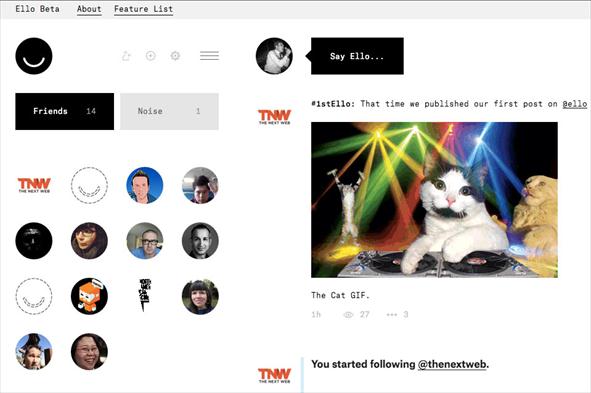 Do you get irritated with the constantly blinking ads and tracking of personal searches on Facebook? Well, Ello is just for you then! It launched with much aplomb on an invite only basis by Paul Budnitz & Todd Berger in March 2014. It was mostly created as an ad free alternative to Facebook. However, it was running on nothing more than ideology.They promise to never engage in data mining or pressurize the need to use real name! In October 2014, Ello recently received $5.5 million in VC funding but technologist are not very optimistic about its fate. It is said that even users have issues with its boxy interface Beta and visible efforts of trying too hard to be different. Another extremely important reason is the ever bugging fact that all your friends are on Facebook. Facebook poses to be the ultimate threat as it is big, flamboyant and ‘Social’. 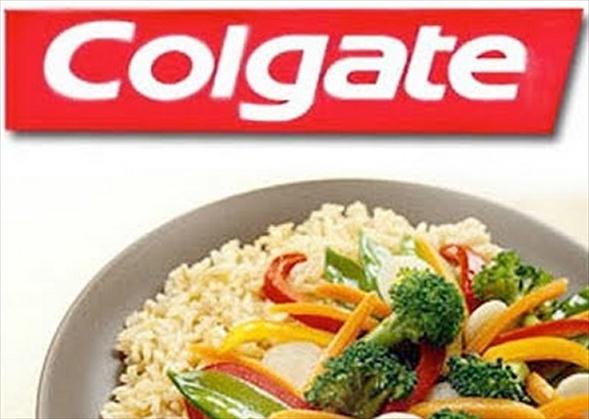 Colgate is a brand under the umbrella of Colgate Palmolive. Its first toothpaste was sold in 1873 and also a pioneer in using the collapsible tube.But we don’t know what Colgate people were thinking when the introduced their hugely infamous frozen food products line in 1982. They explained the logic as, people can eat a nice meal using Colgate utensils and then brush their teeth using Colgate toothpaste. Unfortunately, customers didn’t not share their vision and the kitchen line was withdrawn almost immediately.The brand had historically been the epitome of oral hygiene. It was impossible for customers digest food from the brand which helps them clean their teeth in the morning.A magical phenomenon on paper didn’t quite transpire into a magic in kitchen, unfortunately! 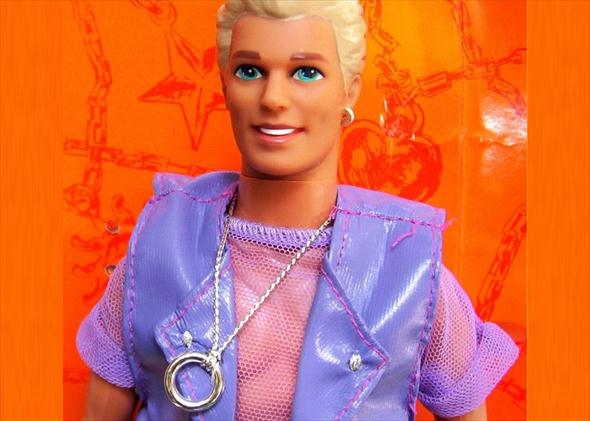 Barbie is manufactured and promote by American Toy Company Mattel, Inc. has been the most famous toy for kids, especially girls, ever since its launch in 1959. The Barbie is creation of Ruth Handler who used to see her daughter Barbara play with paper dolls! It has been constantly evolved to be up-to-date with the times and trends. But, the sore thumb in the Barbie series is Magic Ken. Dubbed as Barbie’s boy-friend, he was dressed in a mesh t-shirt, leather vest and an ‘earring’. Similar to Barbie, Ken also had an up-to-date line of apparels & accessories. Ironically, unlike Barbie, its underpants were permanently attached to his body. The Earring Magic Ken had a classic following among the Gay fans as this was close to what people expected a gay to dress like! Parents were appalled by the thought of their kids playing with a ‘gay’ doll. Eventually, the collection was brought off the shelves. 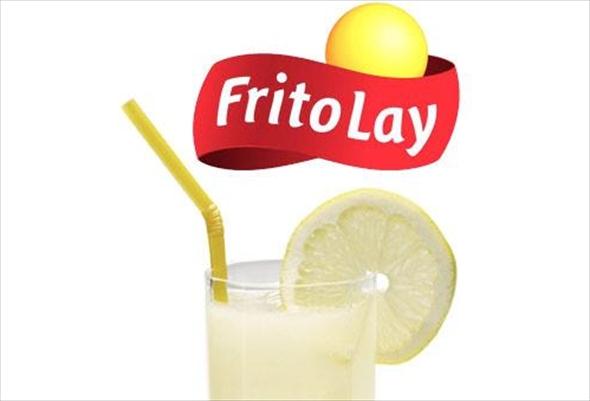 Frito Lay, Inc. is a division of PepsiCo, which sells corn &potato chips & other snacks.It began in 1930 as The Frito Company & H.W. Lay and Company. Later they both joined hands to form Frito Lay. Itis extremely famous for its lovely and light crisps like frittos, doritos Cheetos & lays!What usually happens is that people feel pleasantly thirty after the salty delights. A beautiful, tangy drink along with that would make anyone’s day. That’s exactly what Frito Lay thought. Unfortunately, people could not go beyond their salty crisps as a product offering. A thirst buster from Frito lay after salty chips that made them thirsty didn’t not work in the consumers mind. This seemingly logical extension to the brand’s identity unfortunately turned illogical. This product like all others, was discontinued.