How Products looked when Launched for the First Time?

Since centuries, inventions have defined how mankind has evolved. There have been some amazing inventions over the years, which have solved many problem areas of the people. Here is list of some amazing products and how they looked when they were first made! 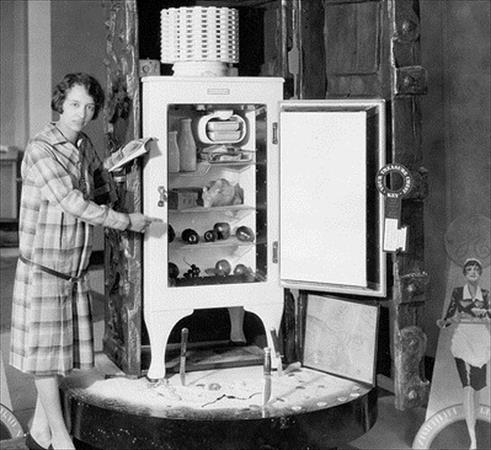 Before mechanical refrigeration frameworks were presented, people cooled and preserved their meals with ice and snow, either sourced directly or hunt down from the mountains. The initial attempts at cooling systems were openings dug into the ground and lined with wood or straw and stuffed with snow and ice: this was the main method for refrigeration for the vast majority of history.

The main known genuine refrigeration was shown by William Cullen in 1748 at the University of Glasgow. He didn't utilize his revelation for any viable reason. In 1805, an American creator, Oliver Evans, devised the first refrigeration machine. The principal behind his humble refrigerating machine was assembled by Jacob Perkins in 1834; it utilized ether as a part of a vapor pressure cycle. An American doctor, John Gorrie, designed the first fridge taking into account Oliver Evans' outline in 1844 to make ice to cool the air for his yellow fever patients. German engineer Carl von Linden, licensed the methodology of liquifying gas in 1876 that is a piece of essential refrigeration innovation. 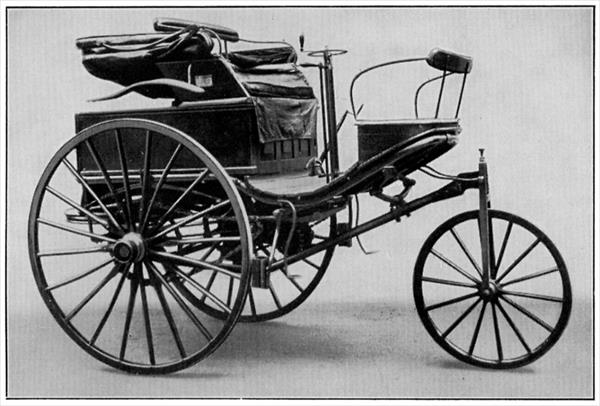 The first motor car (Benz Patent-Motorowagen) was built in 1886, which is considered as the first car ever. It was sold close to USD $1000 and worked on the principle of the internal combustion engine. It was created by Karl Benz and tested by his wife Bertha Benz. Since then the automobile industry has evolved in leaps and bounces and is an integral part of the growth of the modern civilization. 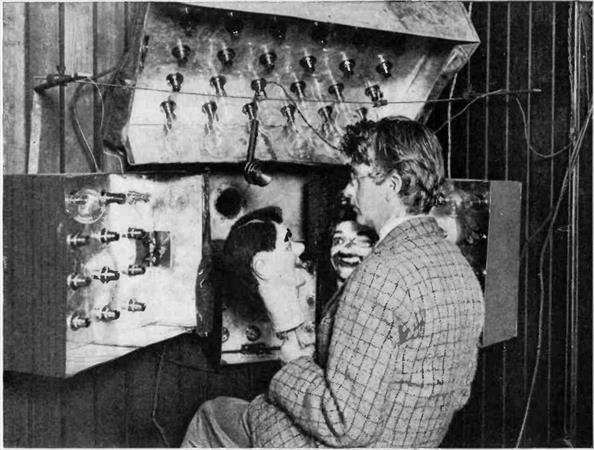 T.V. was a fascinating invention made in 1925 by the efforts of J.L.Baird. He used his televisor equipment and dummies "James" and "Stooky Bill" to show the images on screen. The mechanical TV produced a moving image of a silhouette, since the contrast was unable to be captured by his device. In 1927, Baird was able to transmit a signal over a distance of 705km, between London and Glasgow. Since then, TV’s has evolved and went on to have electronic TVs. Color TVs, Digital TVs, Smart TV, LCD and LED TVs. 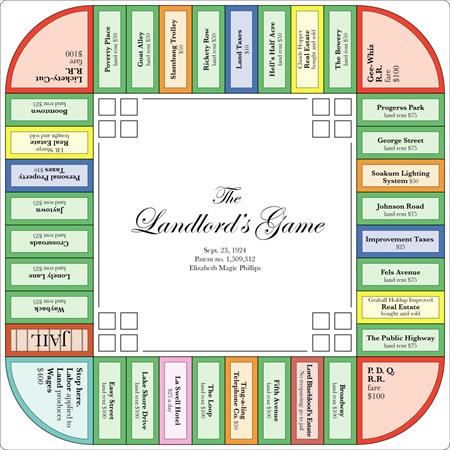 Elizabeth Magie made 'The Landlord's Game' to help spread the financial hypothesis of Georgism—describing to the players the truth behind area snatching, the weaknesses of leasing, and the requirement for a solitary area worth duty on proprietors. Fun stuff! Magie registered the table game in 1904 and independently published it in 1906. Almost after 30 years, a man named Charles Darrow reorganised the board outline and message and sold it to Parker Brothers as 'Monopoly'. The organization purchased Magie's patent for $500 with a decision for no further payments.

The current version available in markets was published in 1935. It is now produced by the game and toy company Hasbro. In monopoly, players move around the game board buying and trading properties, utilizing the property to build houses or hotels, and collecting rent, with the ultimate goal to drive all the opponents to bankruptcy. Thus being declared the the Monopolist. 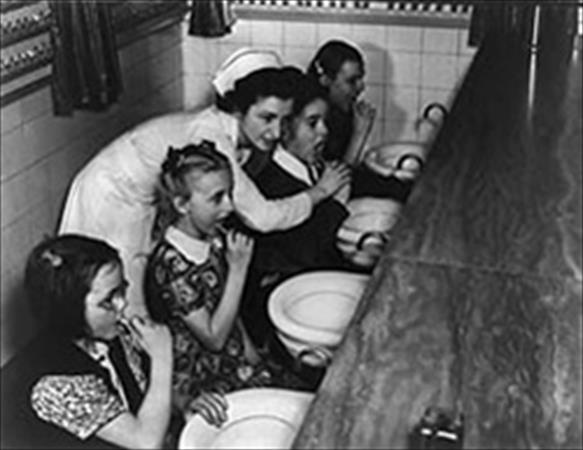 Back in 3500-3000 BC, the Babylonians and the Egyptians made a Tooth brushing devices by rubbing the ends of a twig. Around 1600 BC, the Chinese created "biting sticks" which were produced using sweet-smelling tree twigs to rouse breath.

The Chinese are accepted to have designed the first regular swarm toothbrush produced using the bristles from pigs' necks in the 15th century, with the abounds appended to a bone as a handle. When it was conveyed from China to Europe, this outline was adjusted and frequently utilized gentler horse hairs which numerous Europeans favored.

The main toothbrush of a more current outline was made by William Addis in England around 1780. The handle was cut from dairy cattle bone and the brush segment was still produced using swine abounds. In 1844, the initial 3-column brush was composed. 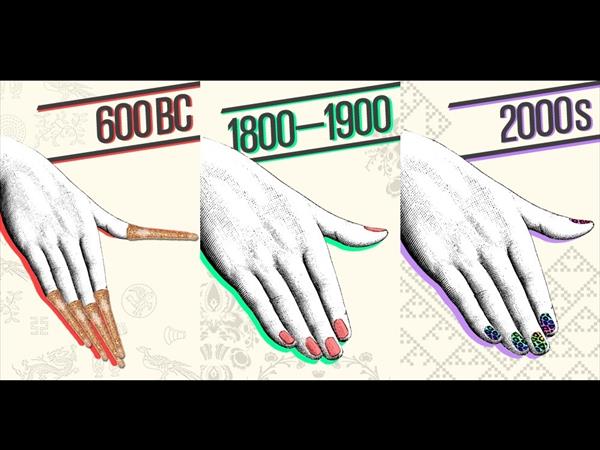 Despite the fact that illustrations of nail polish can be found in numerous old developments, it was the cutting edge times when these cosmetic items came to its ubiquity. Enabled by the fantastic advances of the modern unrest and new capacities of current scientific expert, nail lacquer developed as one socially worthy restorative item that was acknowledged by female populace in the western side of the equator.

It was in late 17th century when first representations with gleaming nails began showing up. Starting there on, nail care began streaming down to the all inclusive community, getting to be generally acknowledged amid the Victorian age. As indicated by the antiquarians and pre-historians, 5000 years back nail polish was made in China where it was utilized by high class to separate themselves from the all inclusive community. Prominent hues were of metallic nature and they symbolized influence and money & power, for example, silver and gold. 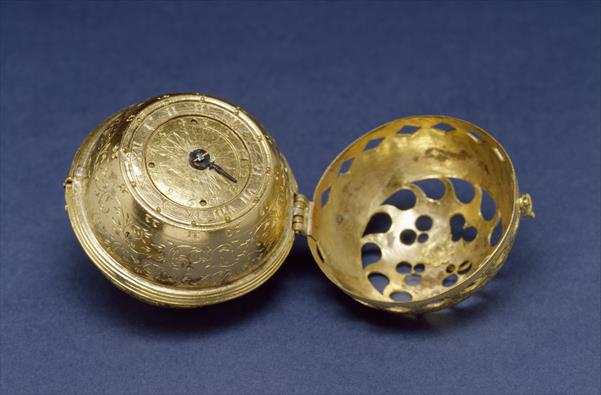 The first wristwatch was made for a lady, Countess Koscowicz of Hungary

, by Swiss watch maker Patek Philippe in 1868. In spite of the fact that it was the first timekeeping gadget to be outlined particularly for utilization on the wrist, it was proposed fundamentally as a bit of beautifying adornments. It has been propagated that pocket watches were adjusted to be worn on wrist arm ornaments preceding 1868, maybe as ahead of times as the 1570's. On the other hand, there is no solid confirmation to bolster this, and Patek Philippe's outline for Countess Koscowicz was the first genuine wristwatch in the advanced feeling of the word.

Wristwatches were a characteristic movement from pocket watches, however men did not at first take to the thought, wanting to depend on the bigger, more conventional (and manly) timepiece. On the other hand, the wristwatch, which could be worked with one hand instead of two, in the end won over mainstream conclusion, engaging particularly to those in the military, who were expected to have the capacity to screen the time while additionally work on hardware and weaponry. Hence, the first wristwatches to be created in huge amounts were those produced particularly for the German military in the 1880's by Swiss watchmaker Girard-Perregaux. 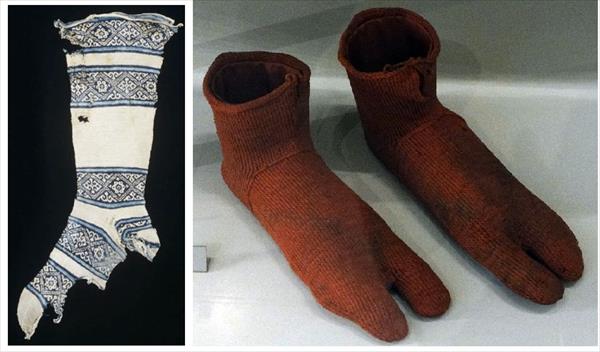 The evolution of socks has occurred over a hundred of years, from the earliest models, which were produced using animal skins, bound together and tied around the ankles. In the 8th century BC, the Ancient Greeks wore socks from tangled creature hair for warmth. The Romans additionally wrapped their feet with calfskin or woven fabrics. By the 5th century AD, socks called "puttees" were worn by heavenly individuals in Europe to symbolize immaculateness. By 1000 AD, socks turned into an image of riches among the wealthy.

The creation of a sewing machine in 1589 implied that socks could be sewn six times speedier than by hand. Regardless, sewing machines and hand knitters worked next to each other until 1800. The next upheaval in socks innovation was the presentation of nylon in 1938. Until then socks were regularly produced using silk, cotton and fleece. Nylon was the initiation of mixing two or more yarns in the creation of socks, a process that still proceeds. 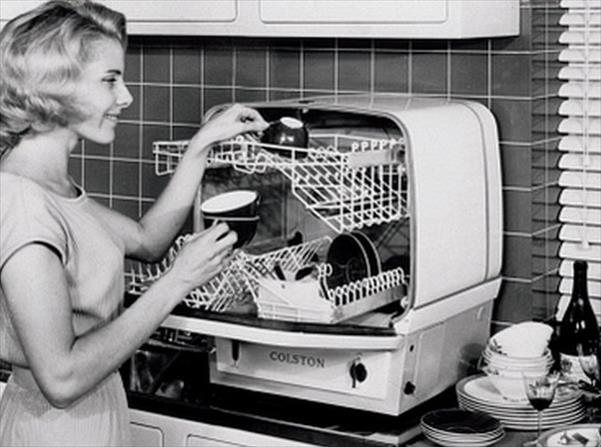 Dish washing is the method of cleaning the cooking dishes & cutlery, among other things. This is either accomplished by hand using a sink or utilizing dishwasher. Dishwashers can be found in eateries and in homes. Not at all like manual dishwashing, which depends generally on physical cleaning, has the mechanical dishwasher cleaned by showering high temp water, regularly at the dishes, with lower temperatures utilized for fragile things. A blend of water and cleanser is circled by a pump. Water is pumped to one or all the more pivoting splash arms, which impact the dishes with the cleaning mixture. When the wash is done, the water is drained, more boiling hot water is pumped in and a flush cycle starts. After the flush cycle completes, the dishes are dried utilizing one of diverse drying strategies.

The first dishwasher was patented in 1886, which joined high water weight, a wheel, a heater, and a wire rack like the ones still utilized for dish drying. Designer Josephine Cochrane never utilized it herself, however it made life less demanding for her workers. 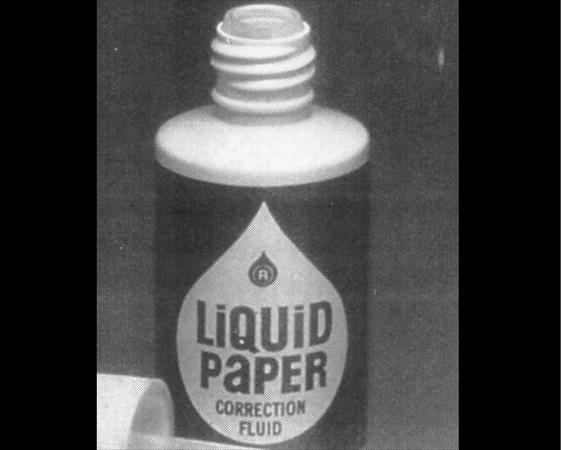 In 1951, Bette Nesmith Graham devised the first rectification liquid in her kitchen. Filling in as a typist, she used to commit numerous errors and constantly strived for an approach to adjust them. Beginning on a premise of tempera paint she blended with a typical kitchen blender, she got the result liquid Mistake Out and began to give her collaborators with little containers on which the brand's name was shown.

By 1956, Graham established the Mistake Out Company and kept working from her kitchen in the evenings and weekends to create little groups of remedy containers. She was let go from her typist work after she committed an error by writing in her organization name rather than the bank's. After this stroke of misfortune, she chose to commit her time to her new organization. She later offered the item to IBM, which declined the offer. She sold the item from her home for a long time; the name was changed to Liquid Paper soon after. By 1968, the item was productive & profitable, and in 1979 the Liquid Paper Corporation was sold to the Gillette Corporation for $47.5 million with eminences.

In 2000, Liquid Paper was procured by Newell Rubbermaid. Graham's child Mike Nesmith, guitarist/vocalist in the mainstream 1960s pop band The Monkees, was the essential beneficiary to her fortune upon her demise in 1980. 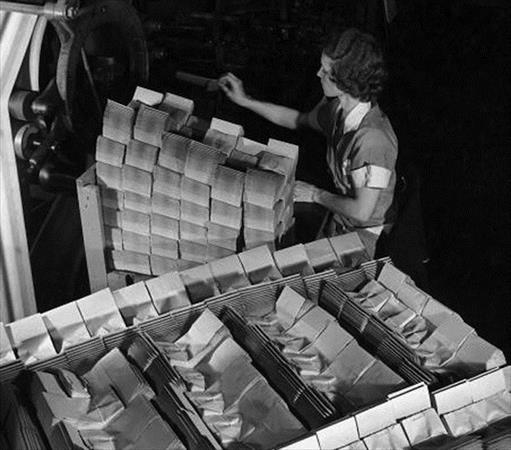 Francis Wolle is credited with the invention of the paper bag making machine in the United States. In 1852 he procured the license in the United States, and later in France and England, for the machine that he formulated for making paper bags. It was the first of its kind, and spreads the crucial standard of the numerous comparable machines that are currently being utilized. In 1869, Wolle and his sibling established the Union Paper Bag Machine Company. Their decision to open a plant in Savannah was incredible news to the discouraged Savannah in 1935. On the opening day, Savannah nationals spilled through the plant to witness the creation of a triple decker of paper every moment. The plant is still in operation today and is owned & operated by International Paper.

Margaret Knight is credited with over 90 creations and 20 licenses. Knight's most noteworthy achievement was the first machine to make the square-bottomed paper bags. Others had been attempting to create such a machine for a considerable length of time, following the envelope-moulded sacks then utilized were limited and unstable. 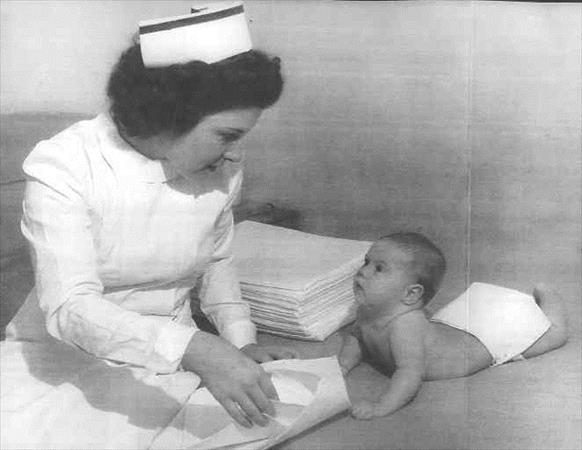 Marion Donovan didn't take all the wreckage out of diaper changing when she licensed the waterproof Boater in 1951. Point to be taken, she did revolutionize parenting and the care for babies, forever. The waterproof diaper, initially made with a shower drapery, was first sold at Saks Fifth Avenue. Donovan, after much deliberation, sold the licence to the Keko Corporation for almost $1 million and after that made a totally expendable model a couple of years. Pampers was eventually conceived in 1961. Today, a diaper alternatively called a nappy, is a sort of clothing that permits one to urinate, without the utilization of a washroom. At the point when diapers get ruined, they oblige changing, by and large by a second individual, for example, a guardian or parental figure. Diapers are principally worn by newborn children, and by youngsters who are not yet prepared to use the loo or who experience bed wetting. They are additionally utilized by grown-ups with incontinence or in specific circumstances where access to a bathroom is distracted.