Electricite de France (EDF) marketing strategy helps the brand/company to position itself competitively in the market and achieve its business goals & objectives.

The product strategy and mix in Electricite de France (EDF) marketing strategy can be explained as follows:

EDF or Electricite de France (EDF) has been known for electricity generation to distribution in the world wide. They are also involved in transportation, power plant design and construction & dismantling. All these are studied as a part of its marketing mix product strategy. It has been seen that EDF focuses on every sectors from generation to trading and transmission with the help of available expertise. It is the world’s largest producer of electricity. EDF makes use of its available resources such as people’s expertise along with its Research and development wing in order to deliver quality solution to the customers. EDF provides electricity at a reasonable cost along with the energy services to its 37+ million customers that are spread across the globe. They also give advice to business users on how to improve their financial performance through the optimization of the energy flows so that it has lesser impact on environment. 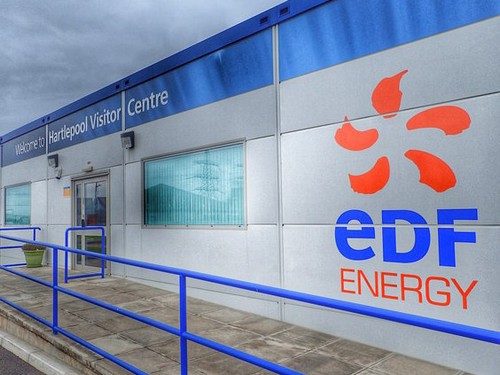 Below is the pricing strategy in Electricite de France (EDF) marketing strategy:

EDF has always tried to cater the customers through its quality products and services at a reasonable price.

It has always maintained prices that are affordable by all consumers segment and taking into consideration the prices set by the competitors. The pricing strategy in the marketing mix of EDF is mostly based on competitor offering. From the inception, EDF has always tried to increase its customer base through increasing brand visibility. It has been seen that customers are choosing EDF as one of the major players in energy sector. Though competitions influences pricing strategies for EDF, but mostly it is influenced by quality that they strive to give it to its customers. They also take into consideration the desire to expand it domestic customer base while deciding the pricing of its products. Even, they want to have better economies of scale along with higher profitability.

Following is the distribution strategy in the Electricite de France (EDF) marketing mix:

EDF is in the business of generation and distribution of electricity. Their presence can be felt across the globe. There are around 38 million customers under EDF networks. They partner with different companies in various countries to serve the needs of their customers. In UK, they acquired British energy group PLC which comprises around 20percent of British electricity. In US, they work with Unistar Nuclear Energy, EDF trading North America and constellation energy nuclear group.

Thus, venturing with different companies made them to easily establish their business in different nations.

The promotional and advertising strategy in the Electricite de France (EDF) marketing strategy is as follows:

EDF group uses various promotional strategies to attract new customers. Initially, they hardly believed in advertisements and promotions as they enjoy monopoly in the electricity generation and distribution segments. As market dynamics changed, accordingly thoughts of EDF groups changed. In the year 2008, EDF energy started advertising on television through various satellite channels such as ITV, channel 4 and many more. They even came out with their slogan “It’s not easy being green” so that they can show themselves as eco-friendly. They started a campaign “Team Green Britain” campaign where athletes promoted environmental awareness among the Britons. In the year, they launched new Mascot Zingy. This completes the marketing mix of EDF.

EDF stands for Électricité de France S.A. commonly known as Electricity of France, is a French company which specializes in electric utility. Large parts of the company are owned by French state. It was founded in the year 1946 by a person named Marcel Paul. It’s headquarter is in Paris, France and serves all across the globe. It has operations in South America, North America, Middle East, Africa and Europe where it serves through various portfolios of gigawatts of generation capacity. EDF mainly operates in electricity generation, transmission and distribution and energy trading. EDF achieved milestone in the year 2009 as a largest producer of electricity. They have around 20 nuclear power plants in France which has around 58 active nuclear reactors. Out of this, 34 reactors have a capacity of 900 megawatt, 20 reactors have the capacity of 1300 megawatt and 4 reactors have capacity of 1450 megawatt.

They have two subsidiaries i.e. EDF Energy and EDF Luminus.