Marketing Strategy of Vinci analyses the brand with the marketing mix framework which covers the 4Ps (Product, Price, Place, Promotion). There are several marketing strategies like product innovation, pricing approach, promotion planning etc. These business strategies, based on Vinci marketing mix, help the brand succeed in the market.

Vinci marketing strategy helps the brand/company to position itself competitively in the market and achieve its business goals & objectives.

The product strategy and mix in Vinci marketing strategy can be explained as follows:

The group has two major business segments: contracting, and concessions. Both these can be studied to understanding the product strategy in the marketing mix. VINCI Concessions is involved in designing, financing, building and operating transport infrastructure and public facilities under public-private partnership arrangements. Under Concessions Vinci has the following subsidiaries VINCI Autoroutes; VINCI Airports; VINCI Highways; VINCI Railways; VINCI Stadium and Infra Foch TopCo SAS.

VINCI Autoroutes is one of the leading operators of motorway in Europe. It holds the biggest motorway network under construction in Europe the 4,300+ kilometres of motorways in France. VINCI Airports is a global player in the airport sector. It operates 30+ airports worldwide. VINCI Highways builds roads, motorways bridges and tunnels in 11 countries. Vinci Highways not only builds and operates but also finances road infrastructure assets around the world in partnership with local players. It has around 20 road infrastructure assets around the world with 1300 urban roads and 1600 of motorways, bridges and tunnels.

Vinci contracting has Vinci Construction, Vinci Energies and Eurovia under it. Vinci energies provides solution for energy efficiency and renewable energies. Its clients include businesses as well as local authorities. It operates in industry, infrastructure telecommunications and services. Eurovia operates in transport and urban development infrastructure sector where it builds and maintains motorways, roads, rail, airport surfaces and other industrial and commercial facilities. It also provides other related services such as urban development, demolition, utility networks and earthworks. It is also involved in mining, processing and marketing natural and recycled materials with over 400 quarries and 154 recycling facilities. VINCI Construction is a global operator active in about 100 countries and eight sectors: buildings, facilities, transport infrastructure, hydraulic infrastructure, renewable and nuclear energy, environmental engineering, oil and gas, and mining. 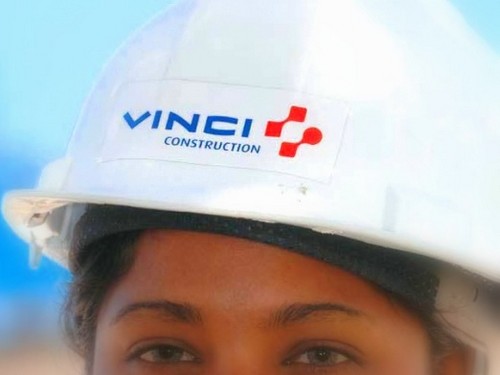 Most of Vinci’s remuneration comes from short term contracts.

Contracts are negotiated with fixed prices or price indexing clauses and awarded. In case of long term contracts with non-revisable prices, price risks are analysed on a case to case basis using methods such as

- firm price agreements with suppliers for a given time period;

- cash-and-carry deals, with supplies bought or paid for by the client at the beginning of the site works;

- hedging derivatives based on commodity indexes, where the supplier uses a price review mechanism based on an index that can be hedged in financial markets

There are various clauses specifying the time periods of payments. Vinci reduced prices to maintain sales of projects in which construction has already started in residential projects. For new constructions prices and sizes are adjusted to changing demand and market conditions. Vinci reduces risk of price hikes by having fixed price agreements with subcontractors and suppliers. Vinci is largely affected by changes in raw material prices such as oil, steel and cement. Price sensitivity differs from segment to segment such as fluctuations in oil prices which mainly affect Eurovia the business activities of which consume bitumen. This gives an overview on the Vinci marketing mix pricing strategy.

Following is the distribution strategy in the Vinci marketing mix:

Vinci Autoroutes is one of the largest operates in Europe.

Since Vinci is mostly involved in B2B activities direct marketing is less. However, Vinci promotes itself to end consumer by enhancing customer experience. Vinci has several apps and websites to achieve this. Mobile version of vinci-autoroutes.com website was launched in 2015 and over 6.1 million users accesses the website. The VINCI Autoroutes app launched in 2011 has been downloaded by 600,000 users. Theses apps provide information on traffic conditions, rest and service station among many others. 3605 is a customer service help line by VINCI Autoroutes where employees answer questions on traffic, weather, cost of journey 24/7. Vinci launched a promotion campaign with BlaBlaCar to promote sale of tags which are used at toll booths. This resulted in sales of 55,000 tags. At Vinci airport passengers can get personalised alerts through a mobile app. Passengers are also guided to nearby shops and services they may require using this app. Geolocation technology is used for this purpose. All these measures increase the brand visibility and brand value of Vinci. Hence this covers the marketing mix of Vinci.

VINCI is a French multinational concession and construction group. Globally it is the largest construction company by revenue. It employed 185452 people by the end of 2015. It has 280000 projects in about 100 countries. The group earned revenues of € 38.5 billion in 2015. It is headquartered in Rueil Malmaison, France. It over Autoroutes du Sud de la France, the second largest motorway operator in Europe to become one of the leading integrated concession-construction companies in the world. The mission of the company is “to design, finance, build and manage infrastructure and facilities that improve everyday life and mobility for everyone”. Vinci undertakes projects related to urban development, transport and energy infrastructure and communication networks.

The major area of operation of the company is Europe. Vinci is a component of the Euro Stoxx 50 index.