Volkswagen marketing strategy helps the brand/company to position itself competitively in the market and achieve its business goals & objectives.

The product strategy and mix in Volkswagen marketing strategy can be explained as follows: 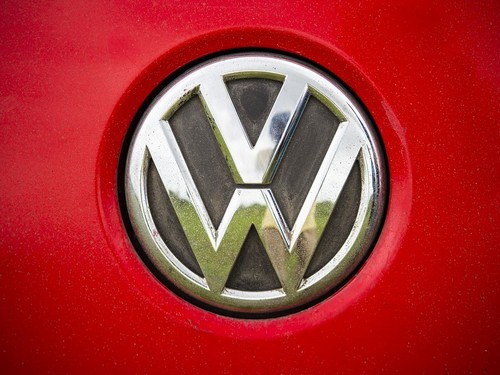 With 34500 vehicles sold every day, Volkswagen prices its products competitively for certain developing nations and slightly more expensively for economies where it is seen as a brand which can command a higher premium. Volkswagen banks on its higher quality as a measure for its slightly expensive prices. Psychological pricing is one of the tactics used by Volkswagen to further its pricing objectives. Reduction in buyer remorse through perceived and actual high quality helps them justify the extra money they pay for Volkswagen cars. Spares too are priced on the expensive side. Hence, he pricing strategy in the marketing mix of Volkswagen is mostly based on competition, segment, demand, features offered in the car and the geography being served.

Following is the distribution strategy in the Volkswagen marketing mix:

Volkswagen cars are available almost everywhere throughout the world. Having assembling lines and manufacturing facilities in several parts of the world. These includes Germany, Mexico, USA, China, India, Indonesia, Russia, Czech Republic, Portugal, Spain, South Africa, Poland, Slovakia. After recognizing Indonesia as a top destination for car and van sales, Volkswagen set up a new plant for $140 million towards the manufacturing of large transport vehicles and multi-vans. As far as India is concerned Volkswagen to start the assembly of specific export modules of engines and also local engines to increase localizations levels to 90% from the current 70%. In its latest venture into Algeria, Volkswagen also launched a new production plant there to help boost localizations levels and make cars cheaper. Volkswagen boasts a truly international presence and has its distribution well laid it out for the countries it operates in.

Volkswagen cars are available throughout the world via company owned dealerships and multi-brand car showrooms.

Volkswagen has always been forceful with its ad campaigns. As a part of its marketing mix promotion strategy, Volkswagen has used 360 branding to promote not only the parent company, but all its cars individually. With higher grade of tensile strength used in its steel, greater depth and shine of paint, higher craftsmanship of its cabins and better equipment levels has helped Volkswagen drive ‘higher quality’ as a trait of all of its car and most of its promotions in developing countries advertised the same. Abuse friendly build and solid construction along with longevity was advertised in India and helped it gain important sale numbers. Aggressive promotional activities using social media networks and online platforms including Twitter, Facebook, You Tube and Instagram help Volkswagen remain at the top of the promotional game as competitors are increasingly heading into online space. Product differentiation is one marketing tactic used in the creatives for promotional activities of Volkswagen and safety and German build quality are two traits used most often in campaigns of its vehicles. Volkswagen also engages with other prominent brands globally via sponsored events. Hence, this summarizes the entire Volkswagen marketing mix.

Founded in 1937 in Wolfsburg, Germany by German Labour Front, Volkswagen is the largest automobile manufacturer in the world. It is the biggest company within the Volkswagen group comprising such brands Audi, Lamborghini, Bentley, Scania, MAN, Skoda and SEAT. Literally translating into ‘People’s car’ Volkswagen was started as a mass market producer of affordable cars in Germany at a time when only 1 out of every 50 Germans could afford a car. Recording cumulative sales of approximately 10+ million vehicles with a market share globally of 11%, Volkswagen is an automotive giant rubbing shoulders with Toyota. Volkswagen became one of the largest in the world.

In the United States of American it planned to doubled its share. Volkswagen’s largest and most prominent markets are Germany and China and is doing reasonably well in developing economies like India.