Marketing Strategy of NTPC analyses the brand with the marketing mix framework which covers the 4Ps (Product, Price, Place, Promotion). There are several marketing strategies like product innovation, pricing approach, promotion planning etc. These business strategies, based on NTPC marketing mix, help the brand succeed in the market.

NTPC marketing strategy helps the brand/company to position itself competitively in the market and achieve its business goals & objectives.

The product strategy and mix in NTPC marketing strategy can be explained as follows:

NTPC or National Thermal Power Corporation in one of India’s leading power generation companies. NTPC has a coal based installed capacity of 35,885 MW and with 19 coal-based power stations. NTPC is the largest thermal power generating company in the country. Products like electricity, natural gas etc come under its marketing mix. In Gas based Thermal Power plants, it has collaborated with Ratnagiri Gas and GAIL in State of Maharashtra. The installed capacity is 1967.08 MW. In Hydro Based Power Projects, it has focused on Hydro development for a balanced portfolio for long-term sustainability. NTPC has ventured into Renewable Energy and Distributed Generation for clean and green sources of electricity. It aims to transform NTPC into largest green power producer in the country. NTPC has installed Solar Photovoltaic Power Plants in states of Uttar Pradesh, Andhra Pradesh and many more thereby commissioning 310 MW of total. NTPC aims to develop a long term plan to become 128000 MW company by 2032. It has signed a MOU with Government of Sri Lanka and Ceylon Electricity Board for setting up a 500 MW coal based thermal power plant. 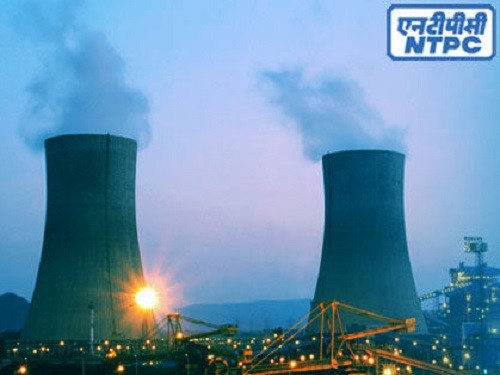 NTPC has estimated a revenue of Rs.

71000+ crore by end of fiscal year 2015-16 and aligning itself with the government policy of Power for everyone. NTPC has set up a benchmark for offering cheapest and minimum average tariff for power in India. It develops power in sustainable manner thereby taking the community together and has developed economic pricing policy. NTPC wants to supply electricity at a uniform rate across the country. The pricing decisions in its marketing mix also depends on state electricity boards and government bodies purchasing electricity from NTPC as well as market conditions. It plans to bring down the average power tariff to Rs 3 a unit across the country. NTPC aims to reduce the cost of power to state distribution companies are reduce the average net loss.

Following is the distribution strategy in the NTPC marketing mix:

NTPC presence spread across 55 locations in the country and has developed its operation in Sri Lanka and Bangladesh. NTPC has 25 Coal based Thermal Power plants and various parts of the country and 7 Gas based thermal power plants. The various hydroelectric power plants are Loharinag Pala Hydro Power Project, Tapovan Vishnugad, Lata Tapovan, Koldam Dam, Rupasiyabagar Khasiabara, Singrauli CW Discharge and Rammam Hydro. NTPC has installed solar voltaic power plants in 11 places across India and the largest power plant with a capacity of 560 MW is under implementation. It has signed an MoU with Kyushu Electric Power Co. Inc., Japan, for exchange of information and experts from different areas of the business.

NTPC has won numerous awards like Mahartna in 2010 and in 2009 ICSI National award for excellence in corporate governance. It has also participated in Swachh Bharat Abhiyaan by contributing on variety of events. NTPC has its presence in social media like Facebook and Twitter where people can evaluate and appreciate the various projects undertaken. It also has NTPC school of Business where it trains employees for full time 15 months industry based residential programme and has developed programmes focused on power and energy sectors. It released various advertisements on print and electronic media creating awareness about the various projects undertaken. Also it has developed programmes for welfare of community at large. Hence, this concludes the NTPC marketing mix.

NTPC abbreviated as National Thermal Power Corporation is engaged in electricity generation and is a public sector undertaking. The headquarters of NTPC is in New Delhi. Its core business involves generation and selling of electricity to state owned power distribution companies and various state electricity boards in India. NTPC also undertakes various consultancy based projects that involve engineering, construction management, project management and operation of power plants. NTPC has also ventured in coal mining and gas exploration field. It was founded in 1975 by government of India and in 2010; Union Government of India conferred it with Maharatna status. In 2014 NTPC was ranked among the top companies in Forbes.

It was ranked 2nd amongst the 250 largest power producers in world by Platts. NTPC received ICSI National Award for excellence in Corporate Governance in 2009.