Marketing Strategy of Engie analyses the brand with the marketing mix framework which covers the 4Ps (Product, Price, Place, Promotion). There are several marketing strategies like product innovation, pricing approach, promotion planning etc. These business strategies, based on Engie marketing mix, help the brand succeed in the market.

Engie marketing strategy helps the brand/company to position itself competitively in the market and achieve its business goals & objectives.

The product strategy and mix in Engie marketing strategy can be explained as follows:

Engie is a French energy company and one of the biggest in electric utility. The core business of Engie in its marketing mix is providing Electricity, Energy service and Natural gas and liquefied natural gas service. Engie provides these services to individuals, businesses and cities

• Electricity business: Engie generates power and electricity from renewable sources of energy like biomass, hydroelectric, wind, solar power sources then the company trade and sell this electrical energy. Engie is the leader in independent producer of electricity

• Energy service: Engie also sells energy efficient services to individuals, cities and other businesses. Some of the service offered are: engineering and infrastructure energy projects, electrical and climate engineering, industrial maintenance etc. Engie uses digital technology and IT services to be competitive and satisfy the need of the customers. Engie designs and provides energy services using variety of technology to more than 30 countries in the world. 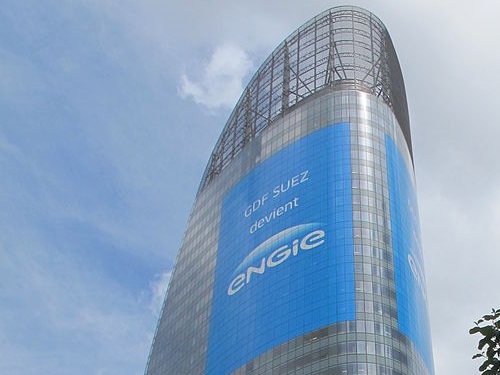 Engie is known to keep its pricing very low.

It uses predatory pricing strategy in its marketing mix. Engie currently hold 80% of the residential and 60% of non residential market. The company has now been asked by French regulators to follow competitive pricing and now it has entered into may long term contracts with its competitors regarding pricing strategy. As the company has diverse portfolio its pricing scheme differs for customers, businesses and cities. Oil prices also play a big role in identifying the price of the services and products offered by Engie. Engie has to take into consideration the government policies, supply and demand of product, transportation expenses before it sets up the price of any of its products.

Following is the distribution strategy in the Engie marketing mix:

Engie has got a global presence covering 70 countries. The company has got employee strength of more than 1.6 lakh peoples. The company serves individuals, businesses and cities by giving innovative solutions in four sectors: renewable energy, liquefied natural gas, energy efficiency and digital technology. Engie has got a business structure of having 24 business units and 5 Metiers. Engie has also got the 2nd largest gas transportation network and largest distribution network in Europe. Engie has got about 343 exploration or production license in about 13 countries for natural gas production. The company has got 11 research and development centres globally. Engie is the leader in providing energy efficient services around the globe having heating and cooling network in 13 countries. In terms of revenue, Engie made approx.

Engie is a electric utility company which operates in both B2C and B2B market. Engie advertises of its offerings using TV, digital, print media and others. Engie is very also active in online social media. GDF Suez decided to change its name in the year 2015 to become Engie which means energy. The global communication plan of the company changed the name of the company and brought a new logo as a rising sun symbolizing a new day. Also its tagline ‘by people for people’ is also well received by the audience resulting in increased brand awareness. Hence, this concludes the marketing mix of Engie. Hence, this gives an insight in the marketing mix of Engie.

Engie, earlier GDF Suez, decided to change its name in the year 2015. Engie is known to be a global energy player and this multinational French electric utility company has businesses under electricity, natural gas and energy services. GDF Suez was formed in the year 2008 after the merger of Gaz de France and Suez. Engie has its headquarter at La Defense, France. The current CEO of the multinational group is Isabelle Kocher and the current managing director of the company is Gerard Mestrallet. The company has got employee strength of more than 1.6 lakh peoples. The company serves individuals, businesses and cities by giving innovative solutions in four sectors: renewable energy, liquefied natural gas, energy efficiency and digital technology. Engie has got a business structure of having 24 business units and 5 Metiers.

The company has got a global presence covering 70 countries. The tagline of the company is ‘By people for people’.