ConocoPhillips marketing strategy helps the brand/company to position itself competitively in the market and achieve its business goals & objectives.

The product strategy and mix in ConocoPhillips marketing strategy can be explained as follows:

ConocoPhillips is one of the most recognizable companies in the energy sector. ConocoPhillips explore, produce, transport crude oil, natural gas, liquefies natural gas, bitumen and natural gas liquids. They execute their projects safely and explore for new potential and promising areas for resource energy. ConocoPhillips portfolio in its marketing mix includes North American tight oil and oil sand assets; legacy assets in various continents; and an inventory of global exploration projects. They grow their production through horizontal drilling and hydraulic fracturing. With great knowledge in geology, geophysics and reservoir management they find petroleum hydrocarbons and extract them from the earth. They have total proved reserves of 8,180 MMBOE.

After years of planning and execution across the company, ConocoPhillips successfully implemented seven major projects in 2015 including a megaproject at Australian Pacific LNG in Australia and Surmont 2 in Canada.

In 2015 ConocoPhillips produced 605 MBD of crude oil, 156 MBD of natural gas liquids, 151 MBD of Bitumen and 4,060 MMFCD of natural gas. They also transport petroleum liquids to south central Alaska through an 800-mile pipeline. 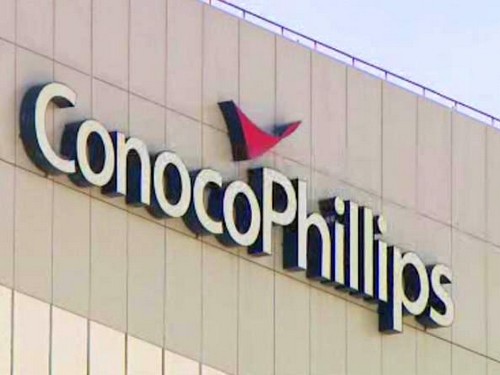 ConocoPhillips, being an energy company, the prices are governed by several external factors.

ConocoPhillips’ total production and operating expense was good as compared to its competition. Despite the turbulent global scenario, the company was able to reduce its operating cost by 14% from the previous year.

Following is the distribution strategy in the ConocoPhillips marketing mix:

ConocoPhillips is Headquartered in Houston, Texas. They have been operating in 21 countries which shows its strong place and distribution network in its marketing mix. ConocoPhillips are producing in the United Kingdom, the United States, Russia, Angola, China, Malaysia, Norway, Canada, Australia, Timor-Leste, Indonesia and Qatar.

ConocoPhillips has ownership interests in Prudhoe Bay and Kuparuk, which are the largest oil fields in Alaska’s north slope. It is the largest owner of state and federal exploration leases in Alaska. On the western north slope of Alaska ConocoPhillips operates the Colville river unit which includes the Alpine field and three satellite fields.

They do explorations in Gulf of Mexico. ConocoPhillips’ unconventional explorations include Niobrara in the Denver-Julesburg Basin and the Wolfcamp and Bone Springs in the Delaware Basin.

ConocoPhillips own a lot of plants in joint ventures like the San Juan Gas Plant, Lost Cabin Gas Plant and Sugarloaf Condensate Processing Facility to name a few.

They own 50 natural gas processing plants in Canada.

All the marketing activities of ConocoPhillips are performed through offices in Canada, the United States, Europe and Asia. ConocoPhillips fully utilize their transportation and storage facilities while they also purchase and sell third party volumes to better position the company and satisfy consumer demand. ConocoPhillips does all sort of advertising be it billboards, TV or radio as a part of promotional strategy. They also do online advertising. The company has launched advertisements campaigns in the past. Their 28-week promotion for Phillips 66brand gasoline was launched in 2011 with an official tagline which said experts in gas since 1927. From time to time they have come up with campaigns to dispel public fears about the techniques used to extract natural resources and to address other public concerns. “Power in Cooperation” was one such campaign. Hence, this concludes the ConocoPhillips marketing mix.

Headquartered in Houston, Texas, ConocoPhillips is an exploration and production company. They explore and produce crude oil and natural gas globally. Ryan M. Lance is the chairman and CEO of the company. Seeing the challenges in the industry the company has revised its operating plan. A global excess supply due to the low prices of oil had prompted ConocoPhillips to make structural changes within. Safety is the cornerstone of its operations. It drives their philosophy and they take utmost care of their people, partners and communities that they work with. ConocoPhillips follow SPIRITS value which is an acronym for safety, people, integrity, responsibility, innovation and teamwork. These values reflect in the work they do.

They generated a total revenue of $ 30,935 in the fiscal year 2015-2016 with a total production of crude oil, natural gas liquids, bitumen etc. ConocoPhillips employee 15,900 people across the world.