Marketing Strategy of Land Rover analyses the brand with the marketing mix framework which covers the 4Ps (Product, Price, Place, Promotion). There are several marketing strategies like product innovation, pricing approach, promotion planning etc. These business strategies, based on Land Rover marketing mix, help the brand succeed in the market.

Land Rover marketing strategy helps the brand/company to position itself competitively in the market and achieve its business goals & objectives.

The product strategy and mix in Land Rover marketing strategy can be explained as follows:

Land Rover is a luxury SUV brand which has a strong presence all across the world. Land Rover has a long history of coming up with innovations from 1969 when a prototype range rover velar was manufactured, in 1970 they came up with 3 door range rover which was replaced by 4 door range rover in 1981. Land Rover came up with second generation and third generation range rover in 1994 & 2001 respectively. It started with Range Stormer concept in 2004 and came up with range rover sport production in 2005. It launched LRX concept in 2008, Range Rover Evoque production. It came up with fourth generation in 2012 which was succeeded by Range rover hybrid in and second generation Range Rover sport in 2013. 2015 was one of the year when many new innovative concepts were launch as such Range Rover SVR sport launch, Range rover SV autobiography, Range Rover Evoque convertible. In 2017 they have launched new Range Rover Velar which has main focus as the family vehicle. Right from the starting Land Rover has focused on innovation and technology and is known for its luxury, comfort and speed. Land Rover products only focuses on the customers of above economical classes. Land rover’s current diverse product portfolio in its marketing mix which is giving a tough competition to others with its compact design are Range Rover, Range Rover Sport, New range rover velar, Range Rover Evoque, All new discovery, discovery, discovery sport. Land Rover to focus more on its positioning of cars and how to make it more visible and have stayed with high quality premium products rather than going for low cost models. 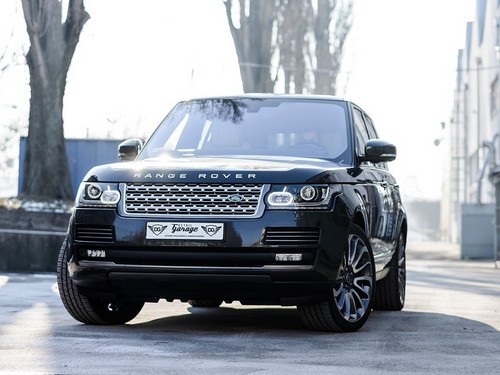 This helps in covering a larger number of customers who can access their vehicle according to their comfort. On the basis of product there is a huge variation on the products like usage of engines – when there is an original parts of engine then they use penetration pricing but with the change in the engines or some other parts or coming up with new innovations make them use a higher rate accordingly which is sometimes also known as prestigious pricing. Still being the premium product Land Rover prices are a little high and it has been preferred more by the customers who are in love with the brand and quality more than the price of the product. Not only its base price but its usage and maintenance cost which is way high also makes it as a premium product.

Following is the distribution strategy in the Land Rover marketing mix:

Land Rover has got a global presence which can be seen from its strong place & distribution strategy in its marketing mix. To prevent the post purchase problems for consumers like in service and maintenance, Land Rover has built up a channel which consists of various international network and more than 2000 franchise sales dealers. As now Land Rover has been purchased by Tata Motors which is an Indian company so Land Rover is focusing on its further expansion in Asia. Like to penetrate in China it has done a partnership with a localize company cherry automobiles which will help it in distribution of products.

Land Rover is also focusing to open up their exclusive Land Rovers showrooms in Asian sub-continent part especially in India in order so that their vehicles visibility increases and also they will be able to pitch their products to more audience.

Land Rover is one of the company who doesn’t need a very big promotion but still Land Rover lot of its effort to keep up with the brand name and make up an image of adventure spirits in the mind of customers. For promotion apart from the traditional way of TV advertisement, newspaper, magazines etc. Land Rover is famous for its different campaigns. It has organized various live campaigns like off-road challenge showing the supremacy of their model while driving off road, various fun drives etc. It also promotes its brand different sponsorship according to the interest of nations and participating in various rallies. To promote its theme spirit of adventure Land Rover has also opened a club – LROC. Apart from this Land Rover is also promoting its brand by doing various CSR activities which is very much an approach to make customers aware about their products and increase their revenue. Also Land Rover has been doing pretty good in promotion on social media sites while coming up with various innovative videos and online campaigns to increase awareness about their new products and services. Hence, this completes the marketing mix of Land Rover.

Land Rover is classy SUV rolling on the streets since 1948 who was earlier owned by British company Jaguar but few years before in 2008 was acquired by Tata Motors. Land Rover has always displayed the will of innovation by building the first its first range rover which had steering wheel in middle to a SUV with its compelling cleanliness and loaded with modern technology including design cues. Land rover is known for its best designs, technology, luxurious and comfort. Overall Land Rover has never broken the image of quality products which comes up in the mind of users on the name of Land Rover. Land Rover design and products are mostly influenced by the military vehicles, if we go through the timeline of products launched by Land Rover we will be able to find out many Land Rover products were close enough to military vehicles.

Jaguar Land Rover covers around 10% market share which they are expecting to grow this year. Major competitors of Land Rover are Audi, Ford, BMW etc.