Bugatti marketing strategy helps the brand/company to position itself competitively in the market and achieve its business goals & objectives.

The product strategy and mix in Bugatti marketing strategy can be explained as follows:

Bugatti is one of the leading luxury car makers in the world. Bugatti makes exclusive high-end performance cars as its product offerings in its marketing mix. Bugatti cars are known for their beauty and speed. Company uses only premium and high-performance auto parts in its design and manufacturing. The scale of manufacturing in kept low to achieve perfection in the quality of products manufactured by the company. The company has achieved several engineering milestones like developing the first ever W-configuration engines on a passenger vehicle. Bugatti shot back to fame with the launch of Veyron. The car was in many ways a pathbreaking innovation in the car manufacturing industry. Veyron models achieved a top speed of over 400 km/hr with 1001 hp engine and with this car the company exceeded the performance of any car till that point in time. Veyron production was terminated its production after selling 450th car in 2015. Chiron replaced the Veyron model of cars. Bugatti has also diversified its business into lifestyle clothing and other accessories such as sunglasses, belts, and bags. 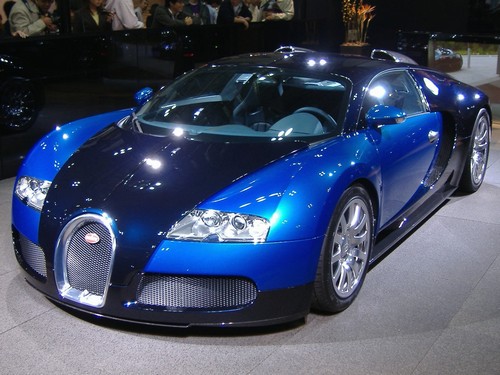 Bugatti models are very expensive to be brought by masses and thus provide exclusivity to its consumers.

Bugatti exploits price-quality inferences of consumers with expensive cars. Its high price is the representation of its performance and beauty and higher pricing enhances its status. Company’s latest model Chiron has a base price of €2.4 million. Bugatti follows product-quality leadership strategy of pricing in its marketing mix where its high price represent quality but they are priced just high enough not to be out of consumer’s reach. Reports suggested that the Veyron cars were always sold at loss to the company and yet Volkswagen pushed its production to displayed the technological advancement of the parent company which would benefit the other brands under its umbrella. Bugatti cars are customised for the consumer and hence it follows optional-feature pricing where it offers a base price for its model and charges premium over it for the demanded customization. The price for its lifestyle segment is also high because of perceived value of Bugatti cars.

Following is the distribution strategy in the Bugatti marketing mix:

Bugatti dealership is available in North America, Europe, Middle East, and Far East. Customers from other parts of the world can buy Bugatti cars from one of these dealership locations and ship it to their homeland. Bugatti dealership are a display of wealth. Bugatti’s largest showroom is in Dubai and is in an area of 2600 square feet. Dubai is the 15th showroom of the French car manufacturer in the world. The company manufacturing facility is only located in Mosheim, France. Bugatti lays great emphasis on customer service, and its after sales flying service consultants provide service around the globe. They provide service, maintenance, and repairs on Bugatti anywhere in the world by flying down to the customer location.

Bugatti lifestyle clothing, accessories and other merchandise can be brought online either through Bugatti online e-commerce portal and these merchandises are also available through other e-commerce websites such as e-bay and e-Bags.

The target consumer of Bugatti is a price insensitive high-income male in an age group of 35 years to 60 years. The promotion campaigns of the company are targeted to this audience. Bugatti uses different media to promote its cars and increase brand visibility like through TV shows, Auto-shows, TV advertisement, Auto magazines. Bugatti tries to display its speed and performance through viral video campaigns on digital media platforms such as YouTube. In one of the video campaigns, it highlighted its car’s prowess by comparing the performance with other benchmarks like for speed test it showed Bugatti’s race with an aircraft. Bugatti sponsors racing teams to position itself as a sports car brand. Bugatti’s commitment to its service is also a point of promotion to its targeted audience. For its lifestyle product Bugatti’s strategy is to leverage on its heritage by attaching Ettore Bugatti’s name to the project. Link of lifestyle merchandise is provided on its car’s webpage. Bugatti also utilises social media platforms like Facebook, Twitter, and Instagram to create buzz among viewers and customers. Hence this completes the Bugatti marketing mix.

Bugatti Automobiles S.A.S is a subsidiary of Volkswagen AG. Bugatti is premium brand which makes high performance sports and luxury cars. Original Bugatti was a French high performance automobile manufacturer founded in 1909 by Ettore Bugatti. Bugatti’s early dominance in race tracks made it one of most admired sports car manufacturer. Bugatti had also diversified its operations in making engines, machine tools, railway rolling stock other equipment used in automobile industry. However, following Ettore’s and his son’s demise the company lost its way and struggled financially which eventually led to it being defunct in 1963. Post 1963, there were several attempts made to revive the brand and in 1998 German Automobile group Volkswagen acquire the rights of using Bugatti brand. Since then the company has produced one of the most high-performance cars.

Bugatti’s annual revenue in 2016 was estimated to be around $112 million however it suffered a net loss of $0.62 million. Global high-performance car market remains attractive as it is expected to grow by 6% in the period from 2015 to 2020.