Marketing Strategy of HTC analyses the brand with the marketing mix framework which covers the 4Ps (Product, Price, Place, Promotion). There are several marketing strategies like product innovation, pricing approach, promotion planning etc. These business strategies, based on HTC marketing mix, help the brand succeed in the market.

HTC marketing strategy helps the brand/company to position itself competitively in the market and achieve its business goals & objectives.

The product strategy and mix in HTC marketing strategy can be explained as follows:

HTC was the pioneer in integrating Internet, entertainment, video and personal assistant functions into a mobile phone. HTC began to develop products based on needs of its customers. The company launched its brand globally and subsequently launched the HTC Touch smartphone, placing itself in the growing market of touch phones. With the smartphone market booming in recent years, HTC has actively innovated new product design, user interface to adapt to the changing customers need. This talent has enabled HTC to receive global recognition, with awards including “Device Manufacturer of the Year” at Mobile World Congress in 2011 and was listed in the top 100 international brands by Interbrand in the same year. In 2014, HTC began seeking new fields to apply its innovative and distinguished design. Though their main focus was on smartphones, but now they have started working on virtual reality, providing consumers the first and most advanced VR experience ever. The product line strategy in its marketing mix follows as below:

In 2016, HTC unveiled its annual flagship smartphone: the HTC 10, which was designed to deliver everything that customers would want from a premium smartphone. The media acclaim was overwhelming, with the HTC 10 winning over 150 awards and stellar reviews, clearly repositioning HTC as the leader in smartphone innovation.

HTC started shipping the HTC VIVE, the consumer edition virtual reality system developed in partnership with Valve. Over the year, HTC has worked tirelessly with Valve to deliver the best VR experience in the market, winning over a hundred awards in 2016 alone and receiving critical acclaim from media, consumers and the industry. The HTC VIVE has enabled people to experience immersive virtual reality in a way that lights them up to explore new things and change the world. HTC VIVE came up with three more premium accessories. These are

A wearable fitness band called the UA Grip fitness band is introduced in partnership with Under Armour in 2015. This includes five sensors for tracking the workouts. Among them, there is integrated GPS, which will help in recording the route, distance, pace and calories burned. Battery life is estimated at five hours with GPS enabled. 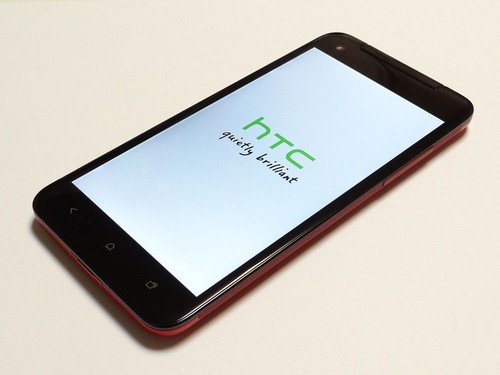 As most of the electronic manufacturing companies follow the skimming price strategy, HTC also follows the same.

In this strategy, the product at the beginning is sold at a high price keeping in mind the uniqueness and specifications, technology used. All this is done by considering the competitors and the target market which the company is focusing on. This helps to create an effective segmentation and acquire maximum profit from each segment. HTC has strategically made different price slabs as per the product and target audience to get the maximum number of consumers from the respective segments. The main target audience is upper and middle class people. Like HTC U series is an elite series while the HTC desire 650 comes at a bit lower place in terms of pricing.

Following is the distribution strategy in the HTC marketing mix:

HTC has its headquarter in Taiwan with sales and service centers in Europe, the Americas and Asia to ensure and enhance relationships with consumers by providing quality service. HTC captures global market by making its presence in the United States, Canada, the United Kingdom, Germany, France, Italy, the Netherlands, Myanmar, Hong Kong, Singapore, Thailand, Spain, Poland, Czech Republic etc which shows its strong distribution strategy in its marketing mix. HTC primarily designs and manufactures smartphones. Upstream suppliers provide smartphone components and parts, and operating systems. Downstream channels include telecom service providers and distributors and retailers. HTC works closely with the suppliers to improve the production efficiency and to reduce cost of production to enhance mutual competitiveness. HTC offers its products to the potential consumers through dealers in malls or through standalone showrooms which are well furnished and are operated by experienced sales person.

HTC has observed a huge sale of its products through the official website of HTC as well as other e-commerce websites.

HTC started with the tag line ‘Quietly Brilliant’ and global ‘YOU’ advertising campaign which was deeply rooted within HTC’s corporate culture and got popular, they restated the brand promise as the ‘Pursuit of Brilliance’ in 2015, with a promise to strive to empower the customers to pursue their own brilliance in big and small ways. HTC also sponsored initiatives that reflect their values, such as the Tour de France and the Wallpaper annual design awards. HTC made a partnership with Mama & Company in 2015 to have a presence at four music festivals, including Lovebox and The Great Escape, and nine live music venues. HTC also struck a three-year deal with UEFA to become the official mobile phone supplier of the Champions League and the Europa League. To promote their products, HTC used the strategy of celebrity endorsement and appointed celebrities like Robert Downey Jr, Gary Oldman, John Abrahm and Jacqueline Fernandez to feature in their advertisements. All the steps along the way have been carefully considered to raise HTC brand awareness in all key markets. This gives an overview about HTC marketing mix.

High-Tech Computer Corporation, a Taiwanese consumer electronics company, is a known brand for manufacturing mobiles and tablets in the field of telecommunication. HTC started its operations in 1997 with the goal of bringing the power of computing into the hands of people around the world. As soon as its operation started, Microsoft approached HTC to develop handheld products using Windows CE and they developed the world’s first handheld personal data assistant (PDA) to run on Windows CE and gained popularity.

The major turning point took place in 1999 when HTC entered the field of telecommunications. At present, HTC is one of the largest in terms of smartphones manufacturing in the world.