Marketing Strategy of Nintendo analyses the brand with the marketing mix framework which covers the 4Ps (Product, Price, Place, Promotion). There are several marketing strategies like product innovation, pricing approach, promotion planning etc. These business strategies, based on Nintendo marketing mix, help the brand succeed in the market.

Nintendo marketing strategy helps the brand/company to position itself competitively in the market and achieve its business goals & objectives.

The product strategy and mix in Nintendo marketing strategy can be explained as follows:

Nintendo is one of the world's leading video game console brands. The brand has been recognized for creating entertainment & video game devices since its inception. The main product strategy in its marketing mix was to develop video games & interactive games. It has a strong product portfolio.

Nintendo initially was a playing card manufacturer from the start till a long period of time. The cards became popular and they had to hire assistants to facilitate the mass production of cards. Later Nintendo ventured into many small businesses like cab services, love hotels, a food company, a TV network and many more. Nintendo was unable to sustain those businesses and eventually it had to shut them down.

It got a breakthrough when it fostered into electronic gadgets and started producing its own hardware for video games and console. This led it to the designing arcade games on its gaming console and the release of Donkey Kong in 1981 was a huge success. The profits and licensing gave Nintendo a boost and released an early iteration of Mario, the Jumpman, Nintendo’s mascot at that time.

The first huge success in gaming console was the Game & Watch series. To expand the market outside Japan, Nintendo set up experiential shops in the US, Europe in early 90’s where people could test and buy their products. They made advancements in graphic card systems, hardware, UI of the game were one of the top game sellers in the market along with Sega, Electronic Arts, 3DO, Philips and Acclaim. Nintendo developed DS (Dual screen handled) systems, role playing games, virtual reality and augmented reality games. Nintendo partnered with Niantic, developer of Pokemom Go which helped them have 33% of the profits after the huge success of Pokemon Go, the augmented reality game. 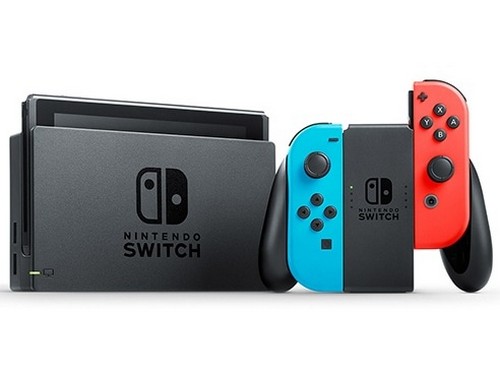 There is a lot of planning and thinking goes behind the pricing of the gaming consoles, game series.

As this is a technological market, the products no longer take time to go outdated replaced with a new technology, game, user experience. Customer loyalty cannot be taken into consideration as they demand for experience. Nintendo has a pricing strategy of keeping different prices of a particular product throughout the product life cycle. The launch phase, as it has a new technology, new user experience has a premium price range. This helps them to demand good profits if the product is a success. Later as the product has been adopted well in the market, the prices are made competitive so as to be upto date with the competitors. Some of the major competitors for Nintendo are Sony Xbox, PS4 station. As the product cycle goes into the declining stage, the prices are made promotional, discounts; additional benefits are offered to push the product as it reaches the bargain point. The average price of the Nintendo’s products range $1600-2000. Later either the product goes into nostalgic box or it can be counted into success stories of the company. Nintendo's annual revenue is more than $15 billion worldwide.

Following is the distribution strategy in the Nintendo marketing mix:

The overall distribution network is mature with all their products having the Nintendo mark for its originality.

Promotions is an important aspect as it helps people to be aware of what is the product, what new features does the product offer. Nintendo apply different ways to launch products for example having special days of launching the product, dedicated time events for the launch. They invite people to come and experience their new product themselves and distribute free goodies, console cases, T shirts. The launch campaign has to be huge and attention seeker. For instance 3DS product launch involved 85% of the UK people watching 3D video ‘Believe your eyes’. Nintendo is known for their way of product launch and advertising. Hence this completes the marketing mix of Nintendo.

At some point or the other in our lifetime, we all have enjoyed playing Mario. This game was developed by Nintendo. Nintendo is a Japanese multinational company which develops video games and also deals in consumer electronics. It is headquartered in Kyoto and one of the largest gaming companies in terms of market capitalization.

Its inception can be traced back to 1889, initially a playing card manufacturer and later developed video games and consoles. Nintendo is one of the most valuable company in Japan, market capitalization of over $50 billion. There are more than 5000 people employed with the company across the world.