The political factors in the Nintendo PESTLE Analysis can be explained as follows:

Nintendo is Japanese gaming console manufacturing company. Nintendo’s products are spread across the world as high-performance console with latest technology support. But since it is multinational is operating business it has to consider the political situation in all those regions. Political stability is necessary to have uniform laws setup which don’t change frequently. political factors comprise of not only political groups but also pressure groups. The content, theme of the game might not be acceptable to few groups of people which can lead to strikes, tension situation in region. Also, the country in which it operates should not have any risk of military invasion or unstable power transfer scenario. Political stability in Japan is responsible for efficient supply chain operation of the business. 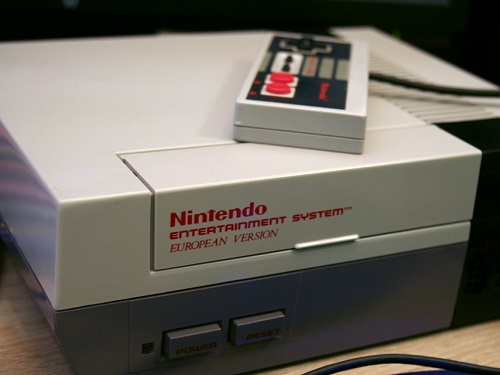 Below are the economic factors in the PESTLE Analysis of Nintendo:

80% of Nintendo’s revenue is generated from export of sale.

The interest rates in various countries influences the cos at which the raw material is procured. There are many youngsters who buy high end consoles on personal loans and in such situations if the interest rates shoot up the sales is tremendously affected. Also, with time the disposal income of public is increasing with increase in their income capacity. The exchange rate of Yen with respect to Dollar is important factor to guide their business. The increasing value of yen against dollar is a major economic concern not only for Nintendo but for all the firms in Japan in almost all sectors whose maximum revenue depends on export of their products.

This decade has seen a hike in the disposable income of people. And with this rise in disposable income the lifestyle of people has taken a huge shift. Gaming is now a luxury for kids. They want to play it on best in class consoles with updated technology. The extensive use of smartphones penetrates their products even more. People no longer think of video games as a game which can only be played at home. The needs have changed. People want to have best gaming experience while on commute to office or school. And thus, the portable gaming devices of Nintendo have gained a huge market share. With more level of education and more exposure to internet, technology right from school level itself, the product demand is ever growing. Although, the economical distribution of class of people in a region has to be carried out by Nintendo before it can target any specific group. Games have the power to influence the whole culture of society and Nintendo is thus the leader of gaming console.

The technological factors in the PESTLE Analysis of Nintendo are mentioned below:

Technology most effective in gaming industry. The advancements are ever evolving. There is the development in the way player interacts with the game or the theme of the game. Every gaming platform is approaching closer to reality. The console and gaming manufacturing want to give their customers best in class and as real experience as promised. Nintendo has focused on improving tech with time and thus it is prospering. The latest technology is gesture recognition using the manipulations as inputs on screen by user. Also, for pointing purpose accelerometer and optical sensor technology is used.

Getting the technology like cloud is a great step that Nintendo have been able to achieve in their Nintendo Wii and have revolutionized the whole gaming industry.

Following are the legal factors in the Nintendo PESTLE Analysis:

Gaming industry faces many copyright issues. Game manufacturing industry have a strong legal team at their disposal for smooth development of technology and protecting and patenting the new discoveries that firm makes. If not carefully taken care they may be sued for wrong usage of technology of other firms. For example, Nintendo has been sued by Maryland-based Hillcrest Laboratories alleging patent infringement against Nintendo. The case alleges Nintendo of infringement of 4 patents in the field of pointing device and interface system.

In the Nintendo PESTLE Analysis, the environmental elements affecting its business are as below:

The laws governing environment effects of manufacturing firms in textile, steel, or even gaming industry for that matter have become strict. This is more to do with the awareness towards sustainability that is supposed to be achieved as a global goal. The gaming components manufactured have a very destructive carbon footprint. The waste manufactured by Nintendo should not be directly disposed in air or water bodies.

The waste has to be neutralized and then only disposed. Neutralization is to reduce the adverse effect electronic waste has on our environment. But a better approach would be to make their products re-usable.

To conclude, the above Nintendo PESTLE Analysis highlights the various elements which impact its business performance. This understanding helps to evaluate the criticality of external business factors for any brand.