The political factors in the Starbucks PESTLE Analysis can be explained as follows:

Sourcing the raw materials for Starbucks has to take the political factors into consideration which has also gathered a lot of attention from the West and also from the countries from which they’ve been sourced. Thus, the sourcing strategies are being put into consideration since the company has to adhere to social and environmental norms, also giving importance to fair trade practices. Starbucks‘ business processes are subjected to greater scrutiny now due to the rising awareness thus the company has to monitor their political stability within the country as well. Also, the tax policy and the employment laws which have become very stringent have to be taken care of, especially in the country they source their raw materials from. The regulatory pressures, activism and increased political awareness is driving the company towards a safer political environment. 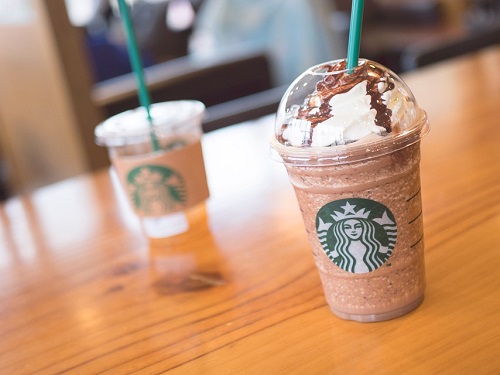 Below are the economic factors in the PESTLE Analysis of Starbucks:

Denting the profitability factor of Starbucks can be looked as a result of the recession of the global economy has also been seen as the prime external economic driver for Starbucks.

Since this happened, the consumers are bound to shift to cheaper alternatives but even then the consumers are not quitting coffee which shows a great opportunity here so the company can uphold it’s economic stability by taking advantage of this opportunity. Some economic costs that the company has to deal with are the rising labor and operational costs. Even the local currency exchange rates and the local environment in different markets are causing the falling and rising economic trends for the company. Some other costs include the taxation level costs. The inflationary environment and decreasing profits of the company mainly due to the market trends further due to recession are becoming a major concern.

The major concerns under the socio-cultural factors for Starbucks would be the green and ethical consumers who fret about social and environmental costs of the trends. The company has to be aware of this trend. This sector of people mostly comprises of the older generations so the spending by the baby boomer generation which were the targets before are retiring so now the company will have to approach the Gen X and the Millennials as customers. Also, there are other factors for Starbucks which are put into consideration., the consumer preferences, the changing work patterns of people, the changes in lifestyles of the population, the level of education of population in the local market, the changing family patterns in USA and Europe and the most important factor is the changing values among population.

The technological factors in the PESTLE Analysis of Starbucks are mentioned below:

Starbucks is at a very good state when it comes to the technological development. Since it has partnered with Apple to facilitate an app-based discount with coupons in this mobile wave, it is helping to ride easy in this technological era. Also, the company has introduced Wi-Fi facilities in its outlets thus making internet handy which is very important for its consumers. Mostly people like surfing the net while sipping their coffee or doing their work while having their morning coffee which is made available to them through the WiFi facility. This gives them an edge and gives an added value to the brand. A major innovation is the payments made online, Starbucks is already in the process of making this service available by testing it in the pilot locations.

Following are the legal factors in the Starbucks PESTLE Analysis:

Starbucks has to ensure that the rules and regulations are being followed properly in their home market as well as countries from where they buy their raw materials, especially them. They have to also stay alert about the introduction of caffeine production and policies related to consumption. Trade regulations have to be taken care of. Since Starbucks operated in the Food and Beverages industry therefore norms according to the health authorities have to be kept into consideration. Also, licensing regulations related to the industry have to be followed. There is great government influence on the expansion of the company. To expand the company, they need to have a proper legal permission from the government.

In the Starbucks PESTLE Analysis, the environmental elements affecting its business are as below:

Business practices usually don’t care about the environment which further lead to problems, just like that there are many Starbucks business activities which concern activists and international advocacy groups and even, the consumers are raising issues now. Thus, some of the factors that Starbucks should take into consideration are the government rules and regulations regarding the environment.

Also, the disasters in countries where coffee beans are produced should be taken into account. One of the major issues is global warming and other environmental issues at a global level. To initiate this, Starbucks is trying to do the best for the environment by the use of cups which can be easily recycled or reused.

To conclude, the above Starbucks PESTLE Analysis highlights the various elements which impact its business performance. This understanding helps to evaluate the criticality of external business factors for any brand.