The political factors in the Cadbury PESTLE Analysis can be explained as follows:

Cadbury being an international company has wide-scale operations across the country. Approximately 75% of its business is outside of the United States with a strong presence in emerging markets, which come up to approximately 37% of their entire sales. As a result of such a wide scale of operations, various compliances outside of the US for Cadbury also affect the company such as the Foreign Corrupt Practices act. The employment of new tariffs, quotas, trade barriers is a type of restriction on the sale of its commodities. Further any changes in trade relations with other companies, deepen the effect of already existing relations. A recent example is the trade war between China and the US that has affected the sale of the commodity in the Chinese markets. With changes in tax regulations and policies in India, Mondelez expects to increase sales and profitability. But the changes in taxes may not be favorable always, they may have negative effects also. With no Brexit in place, Cadbury had increased its resources and warehousing facilities in the first quarter of the year, owing to the deadline of March 2019. These increased sourcing plans are now seen as a negative, which may affect the further pricing and sourcing of the company. The exact effect on the Cadbury’s supply chain is yet not exact, but will surely have a major impact. Compliance with the various Labour laws is another factor that needs to be weighed in for smooth operations. The new law proposed by the President in the United States called the United States /Mexico /Canada Trade Agreement (USMCA), Is further expected to create a period of tension for the company. 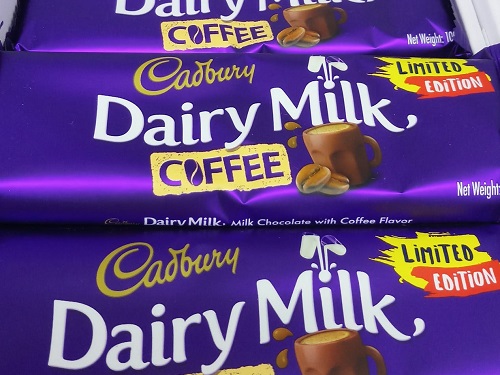 Below are the economic factors in the PESTLE Analysis of Cadbury:

Any changes in the political policies, affect the economic conditions in a region.

Any event that causes a currency devaluation or fluctuation in the currency values, especially in the developing markets such as, Argentina, Brazil, Mexico, Russia, South Africa, etc. affect the sales and revenue generated by the company. The events that cause these fluctuations may be a period of inflation, as in Argentina 2018, and can affect Cadbury’s business. Further a change in the capital controls, government currency policies such as demonetization in India, or others, increase the restrictions to the trade of raw materials or finished products to and fro from different countries. With the disposable incomes decreasing and the cost of consumer goods increasing, the sales might see a dip if the product's value is not synonymous with the needs of the consumer. This cost-conscious environment has led Mondelez & Cadbury to focus on newer recipes, and smaller products to address rising production and ingredient costs

As Mondelez says ‘it begins with the consumer’ for them. With the world moving towards a well-balanced and healthy life, people across the world have become conscious about what they eat. The preferences have been evolving at a much faster rate, with consumers demanding a more holistic meal than just fast food or a snacking item. With this thought in mind, Mondelez, the parent company of Cadbury has launched the concept of well-being foods. The underlying idea is to help people enjoy their snacks & Cadbury chocolates without guilt, and help them stay healthy. The future targets set by the company to help people stay healthy to include expanding the 10 existing well-being brands in their portfolio and achieve the goal of doubling the growth as compared to the base rate. They also wish to renovate and improve the nutrition and ingredients in their biggest-selling brands and continue to inspire consumers to snack mindfully. Growing health concerns have also prompted Cadbury to produce smaller bars and also reduce the amount of sugar. By undertaking these steps, Cadbury has ensured to reduce the cost of future lawsuits that may happen as a result of producing health food items.

The technological factors in the PESTLE Analysis of Cadbury are mentioned below:

The continuous improvement in technologies employed has enhanced the quality of the product served by Cadbury. These developments like the orange twirl launched in the UK, are a result of a continuous research and development process. The new technology implemented in the manufacturing of the goods has helped reduce the cost production and maintain the prices by canceling out the effect of the rising cost of raw materials. Cadbury uses social media, such as Facebook, as a form of connecting and communicating with its customers. This helps reinstate the relationship between the organization and its customers by increasing the awareness of its products. With increasing craze for AI, the company has a good prospect of venturing in this segment. This would help enhance its brand value, and also provide it with a competitive edge over the others in the market.

The use of AI will also help it to increase its interaction with the customer, thus increasing its brand value.

Following are the legal factors in the Cadbury PESTLE Analysis:

With many small local brands trying to use the logos and symbols of the company to sell their local products illegally, it becomes very important for Cadbury’s to maintain stringent and agile regulations for infringement of copyright and intellectual property rights. The legal laws across various countries require the producer to display contents on the package of the product. These rules keep changing and are different across the various regions. They are considered more serious issues in European countries as compared to countries like India or Africa. Keeping a tab on these changing regulations is a must for the company to function smoothly and efficiently. Concerns regarding obesity may further increase the stringency of the laws relating to sugar tax, especially in the UK. While Cadbury wishes to further expand into newer regions, it needs to keep a tab of all the patents and laws that already exist in that particular region. When a new plant is to be established the various environmental, employment and manufacturing laws need to be complied with by the company. The one advantage that Cadbury has, is the brand name that makes it easier for the country to accept it.

In the Cadbury PESTLE Analysis, the environmental elements affecting its business are as below:

Cadbury believes in staying at the forefront to fight against the changing climate. With regulations set by the UN enforcing laws for companies around the world to reduce the carbon footprint, Cadbury has a good opportunity to work towards reducing the CO2 emitted through its operations, and also to plan out their sustainability activities accordingly to achieve their global targets on time. This can be done through upgrading its sourcing to a more sustainable one and educating the farmers and its other raw material suppliers about the climate changes and encouraging them to become more productive in an environment-friendly manner. Through its cocoa life program, Cadbury is working towards helping the farmers across the world gain a better perspective at environmental friendly cocoa farming. With its harmony wheat project working towards reducing the pesticides by 20%, the company wishes to source 100% of its wheat from such fields by 2025.

The company has also undertaken to maintain 100% RSPO palm oil, traceable to mill from suppliers. Procurement of 100% cage-free eggs by 2025 is another goal that has been set by the company. Ahead of times, Cadbury is trying to make a difference to the environment through its various activities.

To conclude, the above Cadbury PESTLE Analysis highlights the various elements which impact its business performance. This understanding helps to evaluate the criticality of external business factors for any brand.