The political factors in the Coca Cola PESTLE Analysis can be explained as follows:

Coca Cola can have a direct impact by the laws and regulation of the government on the food products. These laws may vary from country to country. Earlier due to some trade sanctions of US and Burma, the sale of Coca Cola was banned in Burma. After nearly six decades the sale was started in the year 2012 when the sanction was suspended. There are still two countries Cuba and North Korea where Coca Cola cannot be bought or sold due to the political condition of these countries. The recent tiff between US and China resulting in a trade war has a major impact on the prices of the Coca Cola canned products. The company is facing cost pressure due to rise in the tariffs on steel and aluminum. 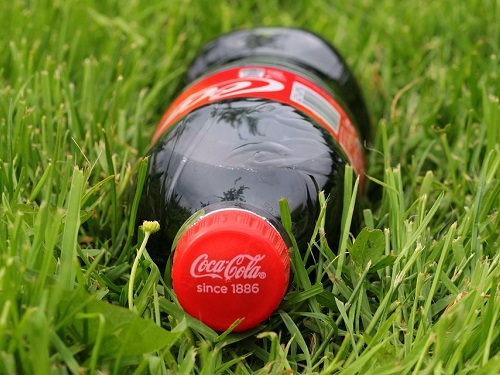 Below are the economic factors in the PESTLE Analysis of Coca Cola:

Despite all the increase in price due to the tariffs, it has reported 8% growth in the net revenue in quarter 3 of the financial year 2019. Though the margin was unfavorably impacted by acquisition of company like Chi Ltd. in Nigeria. The new trade agreement between US, Mexico and Canada is supported by the company for free and fair trade between the nations. The demand of consumers has shifted from sugary drinks to low calorie drinks. The Coca Cola company has reported 8% increase in retail value of its products like Diet Coke and Zero Sugar. The ceo of the company said that Coke Zero Sugar has had its best year in 2018 and grew the fastest. The demand for these products is expected to rise in the future too as people are becoming more conscious about their lifestyle.

Coca Cola has always come with some social campaigns to connect to its consumers. In 2014 it had launched a campaign #shareacoke which was mega successful. People were encouraged to find bottles with the name they feel connected to and then give it to their family or friends and share the same on the social media media platform with the hashtag share a coke. The online Coca Cola store also let the customers customize their name on the bottles. The brand connected to the consumer on the personal level. The company revamped all its social media handles with the mission of becoming more optimistic brand on social media. It was done on the world kindness day. It posted all of its content with #refreshthefeed. Such Coca Cola campaigns connect more to the millennials as they actively participate in these through social media and personalization has become their way of living.

The technological factors in the PESTLE Analysis of Coca Cola are mentioned below:

The Coca Cola company has always been experimenting in its product line. It is coming with first ever ready to drink frozen beverage in Japan. The company has a innovation driven culture. It invites consumers to play games online and associate with the Coca Cola products. It uses social networking technology to stay young, fresh and current. The company provides freestyle dispenser which allows consumers to create its own beverage in various combinations through computer like interface. It also saves data for market research which will be further used by the company to understand the taste and preference of the consumers.

It uses online advertising to make you feel like you want the product.

Following are the legal factors in the Coca Cola PESTLE Analysis:

Coca Cola has faced trouble due to quantity of caffeine in its products in different countries in the past. The company was also accused of paying low wages and inappropriately treating their employees which attracted various protests from labor unions. It has alleged suits against racial discrimination to its employees. Mislabeling of one its products as a pomegranate and blueberry juice in spite of apple and grape juice has led it to a serious concern. Issues regarding packaging, water usage and air pollution has been a topic of concern for the company. It should majorly focus on its corporate ethics. They are of primary concern to the Coca Cola company.

In the Coca Cola PESTLE Analysis, the environmental elements affecting its business are as below:

Coca Cola has faced massive amount of backlash for the reason of draining off the ground water in India. It has been reported as the biggest consumer of freshwater in the world. It has taken steps to eliminate these problems and reduce its carbon footprints to near zero.

It has used water smart farming methods like RAIN and CARE which uses as less water as possible. Coca Cola company are also turning to solar energy to make their beverages in Fiji. In their sustainability report 2018, they said they will be working towards a world without waste and set various goals for 2020 like percentage of improvement in water efficiency by25% which is at present 18%.

To conclude, the above Coca Cola PESTLE Analysis highlights the various elements which impact its business performance. This understanding helps to evaluate the criticality of external business factors for any brand.