The threat of new entrants in the Coca Cola Porter Five Forces Analysis can be explained as follows:

Coca Cola is one the leading beverage brands having a global customer base, worldwide distribution & prominent brand presence. Coca Cola being the one of the most well-known words in the world after OK says a lot about the kind of brand recognition Coca Cola enjoys. Any new player can have a small customer base locally, but globally, Coca Cola is very safe from new entrants. This is mainly because the beverage industry is highly saturated, and any new entrant cannot benefit from economies of scale, which the current players like Coca Cola enjoy extensively. Moreover, there is a significant knowledge barrier in terms of them being able to develop a formula for a soft drink that can compete with Coca Cola, and even the technological barrier can be assessed as substantial.

Any high-yield market would definitely attract new entrants who would want to have a share in the market, and that would result in lower prices by both old and new firms and hence lower profitability for all the players in the market. There are new entrants in the beverage industry all the time. Still, for them to gain a foothold as significant as Coca Cola would be an extremely difficult task. They would take a lot of time and also spend a fortune on marketing activities to gain the kind of brand image Coca Cola enjoys. The level of customer loyalty in the market is moderate, and hence to develop a brand overnight with a significant customer base is almost an impossible task.

Hence the threat of new entrants in the industry is almost insignificant for Coca Cola. 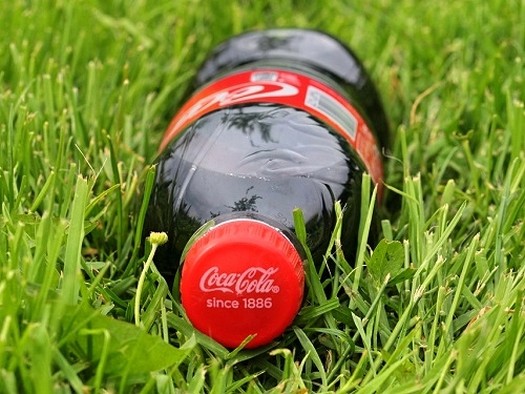 Below are the threats of substitute products of Porter’s Five Forces analysis of Coca Cola:

Coca Cola not only has to compete with other soft drinks but other beverages that one can drink instead of Coca Cola.

Threat of substitutes is the possibility of customers switching to a different product that fulfills the same basic need and hence reducing profitability. Some of the biggest competitors of Coca Cola are Tea, Coffee, & lemonade. As people are becoming more health-conscious, the threat of substitutes like freshly made Smoothies or Fresh pressed juices has increased multiple folds. The main substitutes that Coca Cola needs to consider are Pepsi, Fruit juices, Milk Shakes, Tea, Coffee & Water. This threat can be mitigated by expanding the product line, such as introducing non-carbonated drinks. The threat can also be tackled by being service-oriented rather than product-oriented and also by focusing on what the customer actually needs rather than what they are buying.

As the Switching cost is negligible and the benefits of the substitute product are usually good, the threat of Substitutes is Strong.

In the Coca Cola Porter Five Forces Analysis the bargaining power of the customers can be explained as:

The Coca Cola company deals with various kinds of buyers with varying levels of bargaining power. Some of them are listed below.

- Fast Food chain owners - They have Low to medium bargaining power as Coca Cola is one of the most demanded beverages.

One of the biggest challenges that Coca Cola faces in this category is that they need to keep the prices fixed even if the manufacturing cost is fluctuating. Hence, either the firm or the suppliers must absorb the loss.

This is a significant risk, but it is one that every other entrant in the mass market must face.

Hence, the overall bargaining power of customers is low to medium.

Following is the bargaining power of suppliers in the Porter’s Five Forces analysis of Coca Cola:

Coca Cola works with several suppliers for its raw material, labor, or services. Bargaining power of the supplier is the power which these suppliers enjoy. The bigger the company is, the more long-term contracts it must make with its suppliers, as the change in the cost of raw material or services will inadvertently lead to an increase in the cost of the final product. For example, Sugar is one of the major raw ingredients in Coca Cola, and a change in its price will eventually lead to a change in the price of the product. A year's bad harvest will cause the product's cost to increase, which is not ideal for the company as it needs to maintain the product's price constant. Contracts help prevent this and maintain a steady flow of raw material at a constant price. Being the mammoth it is, it is much easier for Coca Cola to shift to a new supplier, but it is much more difficult for the supplier to shift to a new customer that buys in the same magnitude as Coca Cola.

Hence the Bargaining power of suppliers is low.

The impact of key competitors in the Coca Cola Porter Five Forces Analysis is as follows:

When you think of the competitors of Coca Cola, the first name that comes to mind is Pepsi and these 2 companies have been in competition since the late 19th century. Their key products are very similar in both taste and looks, but there are some key differences as well. Competitive rivalry is the competitiveness of the rivals currently present in the market and their advantages over one another. One of the critical advantages of Pepsi over Coca Cola is that they also own several salty snacks brands such as Doritos and Lays, Coca Cola on the other hand, has stuck to beverages. If tomorrow there is a sudden drop in soft drink demand, it will affect Coca Cola more significantly as compared to Pepsi. But Coca Cola also owns some other beverage brands, such as minute made and vitamin water. Even if people don't buy a soft drink, Coca Cola is betting that they will have to drink something else instead. These 2 leading players are of similar size and offer similar products.

The level of differentiation is low.

Hence, we can conclude that Competitive rivalry between the firms in the beverages industry is strong.

To conclude, the above Coca Cola Porter Five Forces Analysis highlights the various elements which impact its competitive environment. This understanding helps to evaluate the various external business factors for any company.