The threat of new entrants in the Nike Porter Five Forces Analysis can be explained as follows:

Nike is an American multinational corporation which has set a legacy for itself in the design and development of footwear, apparels and equipment. Though the obstacles for new companies to enter the market and to start the business is quite low, their survival against leading brands like Nike catering the premium segment would be difficult. Sourcing supplies and starting the operation is not the concern for the new entrants here. The high cost involved in the brand development; the marketing efforts required to bring the product to lime light etc. are the major problems for them. Nike competes against a lot of local players who do not have much influence outside their country of operation. But these small companies will be unable to beat Nike because of the Economies of Scale of Nike. The brand can any day attract customers by discounting their retail price and providing additional benefits along with their product. But the new players will never be able to do so because of the operating costs in setting up and launching their business. Besides, if the new entrants are looking for taking their sales online, they will face a lot of issues in the supply chain and logistics management. They will be quite unmatchable against the already established sales and channel network which the company has. Thus, threat of new entrant is a very weak force in this context. 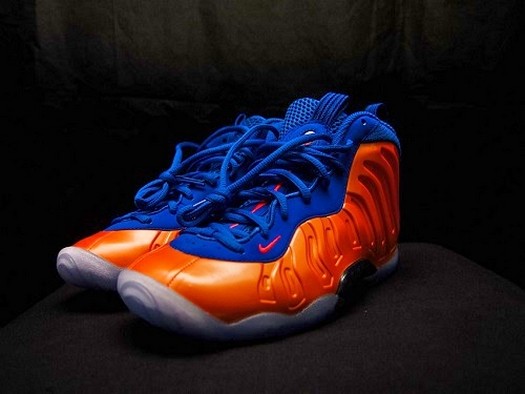 Below are the threats of substitute products of Porter’s Five Forces analysis of Nike:

There are no substitutes for the sports apparels and accessories.

Nike being a already established brand with a strong R&D capabilities does not give opportunities for a substitute to take over its place. Nike has a long history of having the best R and D team in the industry. Besides, the brand has more than 25,000 global patents more than anyone in the athletic brand category. But one thing that cause a problem to Nike is the rising number of counterfeit products resembling its products. Since, the functionality offered by the counterfeit products has also been improving recently, there is an emerging threat to the company’s sales. Nevertheless, the threat of substitutes is a weak force when it comes to Nike.

In the Nike Porter Five Forces Analysis the bargaining power of the customers can be explained as:

The major force that gives an upper hand to the customer’s is the lower switching cost for them. They can easily switch to the rival brand and the cost and effort involved in this shift is quite low. But this can be easily tackled by the fact that the contribution brought in by individual customers is very small. Besides, there is also a shortage in the number of substitutes available to the customers to shift to offering the same functionality as Nike does. This limited number of players to buy from makes customers at a disadvantage and hence the bargaining power can be assumed to be a force of moderate intensity. Though there are some customers who are price sensitive and want to look for cheaper ones, the quality, assurance and the good will associated with Nike justify its premium pricing. Besides, a rise in the knowledgeable population with an increased disposable income turns the tide in favor of Nike.

Thus, bargaining power of customers is a moderate force.

Following is the bargaining power of suppliers in the Porter’s Five Forces analysis of Nike:

There are large number of suppliers around the world who supply rubber, cotton, Eva, synthetic leather etc. to the athletic brands. This brings down the overall bargaining power of the suppliers in the industry. Nike being a well-recognized brand has a good will associated with it which the suppliers look forward to being associated with. The suppliers which Nike has associations with are moderately big and hence are devoid of having an upper hand in the bargaining power with Nike. The company follows the habit of cooperating with the region’s manufacturers to decrease the overall cost of the raw materials. Most of them are region specific MSMEs whose major client is Nike alone. They do not have the negotiation power since they are easily replaceable. Thus, the bargaining power of supplier’s can be safely assumed to be a weak force.

The impact of key competitors in the Nike Porter Five Forces Analysis is as follows:

Nike competes with a plethora of brands in selling its products. The sales growth data has been following a saturating trajectory and this can be safely attributed to the increasing competition in the market. The high penetration caused in the market by the competing firm and the overall saturation in the market has resulted in a stagnation in the growth of Nike. The aggressiveness of the competing firms make it even more difficult for Nike to replicate the growth it has done in the past. The rival brands like Adidas, Puma etc. have been investing lumpsum amounts into their marketing campaigns which makes it difficult for the brand to make a breakthrough in the market.

Though the number of direct competitors of Nike is low, the competition is intense and hence the competitive rivalry is a strong force here.

To conclude, the above Nike Porter Five Forces Analysis highlights the various elements which impact its competitive environment. This understanding helps to evaluate the various external business factors for any company.