The threat of new entrants in the Honda Porter Five Forces Analysis can be explained as follows:

Threat of new entrants would be low for Honda in the motor vehicle sector. The entry barrier for an automobile manufacturing industry is high as it is a capital intensive business. Large machines need to be set up beforehand in order to create the first vehicle. Inbound and outbound logistics need to be established, which is challenging to set up for a new entrant. Honda is the world’s largest engine manufacturer, and though companies with new technology advancement can come up but still its high investment cost nature limits companies entering into this domain. Similar is the case with all other products that Honda makes. Although in the Electric vehicles market, new startups are coming up since there is a lot of scope for innovation. Still, it requires huge investments and thus a backing by an investor. Here, the threat of new entrants can be considered moderate. On the customer side, since a vehicle is a high investment and a high switching cost product, the customer also expects a high brand value, good servicing, customer service, part availability in the market, and trust in the brand. All these are difficult to set up by any new entrant. 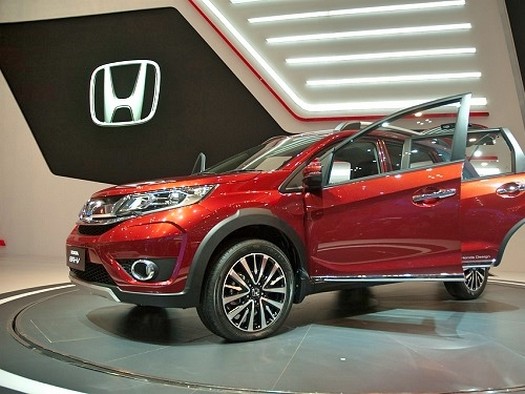 Below are the threats of substitute products of Porter’s Five Forces analysis of Honda:

Threat of substitutes should be moderate for Honda.

In the two wheeler market, Honda is present in almost all domains. Its high brand value and easy serviceability have also helped the brand retain its market share in the world market for many years. Honda needs to be on its toes for any technological market introduced in the market. However, as the government has levied regulations on cars, sales have decreased. Many startups and foreign companies have come up recently with Electric vehicles. Honda motor bikes and scooters are also facing competition from electric two wheelers. As more and more subsidies are given to the electric vehicle counterpart by the government, and as the technology is advancing, Honda is losing its market share. Public transport is also one of the major substitutes. With more and more countries developing their public transport infrastructure, people started preferring public transport for their daily commute. The high initial investment, hassle of maintenance, and changing regulations on motor vehicles by the government are some of the reasons why people have started commuting through the public vehicle.

In the Honda Porter Five Forces Analysis the bargaining power of the customers can be explained as:

Bargaining power of customers for Honda is high. Although Honda, being the world’s largest motorcycle manufacturer, is a well known brand. But buyers have a lot of options in two wheelers at almost every price point. Even in the two-wheeler electric vehicles market, many new companies are giving tough competition to Honda in terms of price and features. It also provides them with environmentally friendly and low maintenance cost alternatives. Since this is a Business to Consumer company, individual buyers do not have high bargaining power, but collective buyers hold high bargaining power. Being a high involvement product, customers search for the right product for them, and since all the information is available to them, only brand value cannot lure the customer in. Although since the switching cost for the customer is high, once a buyer buys a Honda vehicle, they tend to remain its customers for servicing and parts.

As far as power equipment and engines go, customers have many options in the local market.

Following is the bargaining power of suppliers in the Porter’s Five Forces analysis of Honda:

Bargaining power of suppliers for Honda is low. Honda values its suppliers and is valued by its suppliers a lot. It also honors its top suppliers with awards. Thus by maintaining a good relationship, Honda ensures that the supplier does not look for other customers. Moreover, Honda has a plethora of suppliers in various countries with a strong presence in Brazil, China, Mexico, and Argentina. Thus, Honda can switch its suppliers very easily as it has many options, and the cost of switching is also not that much. With this, Honda can maintain its price sensitivity with its buyers and buy its raw material at a competitive price. Also, many of its suppliers are heavily dependent on Honda as it is one of its major customers. If Honda switches its supplier, it could prove to be highly destructive for that supplier. Thus, they cannot afford to lose it, and this factor also reduces their bargaining power.

The impact of key competitors in the Honda Porter Five Forces Analysis is as follows:

The automobile industry faces very high competition. As it is an innovation dependent business, constant innovation is necessary to survive in this industry. As of 2020, Honda cars hold a market share of 6.4% and are 5th in the world behind Toyota, Ford, Nissan, and Volkswagen. In the Medium cars segment, which accounts for 14% of Honda’s worldwide revenue, Honda’s prices are greater than the market’s average price. This gives an edge to its competition. Whereas in the small SUV segment, which accounts for about 49% of Honda’s worldwide revenue, Honda’s prices are less than the market average in regions like the United States and Europe. This explains why Honda is a market leader in this segment, with 11.4% of the market share worldwide. Thus competition is less fierce in this segment. As far as motorcycles and internal combustion engines go, Honda is a world leader.

Although it faces high competition, it has been able to maintain its position for a long time.

To conclude, the above Honda Porter Five Forces Analysis highlights the various elements which impact its competitive environment. This understanding helps to evaluate the various external business factors for any company.