The threat of new entrants in the Samsung Porter Five Forces Analysis can be explained as follows:

Samsung is one of the world’s leading consumer electronics companies. The technology industry is highly competitive and requires constant innovations for a company to sustain itself in this business. These innovations require a high capital investment which is not possible to gather by a small company. If a prominent player enters this domain, they may struggle as they do not have the technical know how to sustain in this business. Moreover, getting into this business requires high brand value and trust amongst the customers, which might be difficult for a new player. Without high investment, getting a premium appliance into the market in the likes of Samsung would require a huge investment which is again very difficult to gather for a smaller player. Customers also have high brand loyalty for Samsung in the case of home appliances. Thus it isn't easy to pull Samsung or any other brand’s customers into buying a newer product. Samsung also enjoys economies of scale, which a newer company will not have. Switching cost is also very high in this market which further prevents customers from switching their loyalty. Threat of new entrants would be low for Samsung. 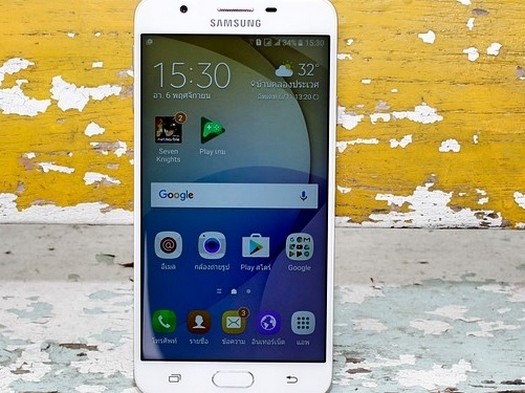 Below are the threats of substitute products of Porter’s Five Forces analysis of Samsung:

Threat of substitutes should be low for Samsung.

If we try to find any substitute, it is impossible to replace the level of capability supplied by a mobile phone in one package. Individual substitutions are possible, such as televisions for watching movies, standalone cameras for a photograph or video recording, landline or internet calling for calling, computers for other tasks, and so on. Even yet, combining all of these functionalities in one package, let alone in a tiny and portable form factor, seems unlikely in the near future. As far as home appliances go, all of the products, be it TV, washing machine, microwave, AC or fridge, none have received any significant substitute. Any device cannot match the convenience and experience provided by these appliances. Moreover, Samsung has many patents that restrict other companies from manufacturing a substitute product.

In the Samsung Porter Five Forces Analysis the bargaining power of the customers can be explained as:

Bargaining power of customers can be set to moderate. For low switching cost devices like mobile phones, the bargaining power is high. Because Samsung is a business-to-consumer corporation, no single client has a significant effect on Samsung's revenues. As a result, clients' individual bargaining power is limited. On the other hand, customers have a lot of collective bargaining power since they have a lot of alternatives in terms of brands and items accessible on the market to pick from. Furthermore, buyers and consumers now have access to precise information and comparison figures to make an informed selection rather than relying just on brand value. For products having a high switching cost, like fridge, AC, Microwave, etc., the bargaining power of the customers is low. This is because high investment is required to buy such products, and there is a limited branded option in this category.

Thus, the customer prefers to go with a well known brand.

Following is the bargaining power of suppliers in the Porter’s Five Forces analysis of Samsung:

Bargaining power of suppliers in the case of Samsung is low. Samsung has a large number of vendors to pick from. Samsung works with a variety of suppliers from across the world, including the United States, Taiwan, China, South Korea, Hong Kong, and Japan. Many of the vendors rely on Samsung for a large portion of their revenue. Thus, they cannot risk upsetting Samsung. Furthermore, because Samsung's switching costs for its suppliers are low, it is largely immune to any supplier ceasing to provide the raw material or if their prices are too high. When compared to the number of firms like Apple, Samsung, and LG who are consumers of these providers, the number of suppliers of specific electrical components is large. Moreover, Samsung produces chips, processors, and displays and thus can work as a supplier to many of its products. This reduces its dependency on any other external supplier.

The impact of key competitors in the Samsung Porter Five Forces Analysis is as follows:

Many tech rivals can compete directly with Samsung’s hardware and software. Companies such as Apple and Google produce high-end hardware, whereas Mi and OnePlus provide equivalent capabilities at a reduced cost in the mobile phone market. Customers also have an option of trying different devices because switching costs are low, and thus brand loyalty is rarely seen in the mobile phone market. On its home appliance front, companies like Whirlpool, Voltas, etc., are giving a high competition as they sell almost similar products at a similar price range. They have a lot of money to spend on R&D and are always coming up with new and inventive items. They may also use this money to perform a lot of promotions for their items. The life of these appliances is high and thus, getting a customer from the competitor is tough.

There is no such market that Samsung has joined, and no other company has entered it.

To conclude, the above Samsung Porter Five Forces Analysis highlights the various elements which impact its competitive environment. This understanding helps to evaluate the various external business factors for any company.