The threat of new entrants in the Apple Porter Five Forces Analysis can be explained as follows:

Apple Inc. is an American technology company based in California. It specializes in consumer electronics but has been diversifying its offerings. The company is known to be one of the most innovative companies and has grown to become the world’s most valuable company. The threat of new entrants is very low as the technology space is currently very competitive and the industry giants that have already established themselves have billions of dollars’ worth of investments that have allowed them to stay in the competition. Apple has a uniquely advantageous position even among these companies because of the way they have implemented their entire ecosystem of products that work extremely well with one another. Any new company or product range that wants to try to snatch some of Apple’s market share will need to not only invest gargantuan amounts in capital expenditure, research and development but will also have to build the kind of brand loyalty that is quite unique to Apple. Another aspect is that Apple has positioned itself as a premium product and is a status symbol. The aesthetic design, the highly visible logo and the steep price point all make it an aspirational product that a large section of the market wishes to own but can’t afford. 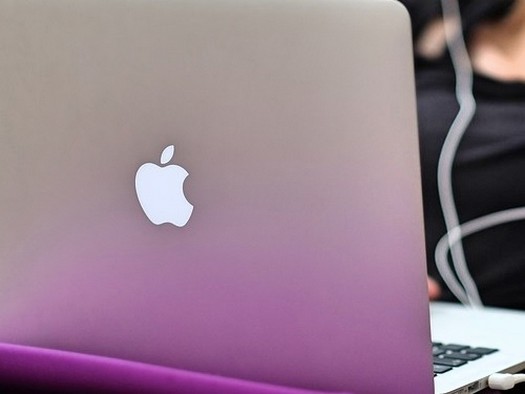 Below are the threats of substitute products of Porter’s Five Forces analysis of Apple:

Through its innovative and unique products as well as incredible marketing strategies, Apple has managed to achieve a huge market of incredibly loyal customers.

There is very less fear of substitutes as Apple has invested heavily in developing an ecosystem that is extremely user friendly and has a high switching cost in terms of getting used to the substitutes. The ecosystem has customers locked in and is far cheaper for most customers to continue using Apple products that all work well with each other. The company has also had several proprietary standards such as the Lightning port for power and data transfer. These proprietary technologies make it very difficult for an Apple user to use other devices within this ecosystem due to lack of cross-compatibility. It is much more convenient to use a variety of Apple products for different purposes than to use products from other manufacturers.

In the Apple Porter Five Forces Analysis the bargaining power of the customers can be explained as:

While the bargaining power of individual buyers is quite low, the buyers as a whole do have a moderately strong bargaining power over the company. However, there have been several instances where the company has not lived up to customer expectations, but this hasn’t resulted in loss of customers. An example is when the company had to face lawsuits because it was allegedly slowing down its iPhone devices through software updates. However, the company claimed that they were doing it in an effort to increase battery life. Although the company had to pay a settlement, this controversy did not result in a huge loss to the company’s share of the market. This goes to show that the company’s customer base is extremely loyal. Apple continues investing massively in R&D to counteract this force and keeps coming up with new product lines that helps bring in new customers as well as to retain the old customers.

The fact that Apple is currently the only major smartphone maker that promises data privacy is another reason that buyers who want privacy have little bargaining power here.

Following is the bargaining power of suppliers in the Porter’s Five Forces analysis of Apple:

The bargaining power of suppliers is quite weak as the company does not have a dearth of suppliers willing to provide parts. Indeed, the company has been doing backward integration for a long time and currently is in a position to manufacture a lot of the parts that it previously used to rely on external suppliers for. An example of this is the manufacturing of laptop processors. Earlier, the company used to use Intel microprocessors for its MacBook line of laptops but recently in 2020, Apple released its own processor, the M1 chip, that would be powering the next generation of MacBook laptops. This signals a move that could ultimately culminate in Apple using their own processors for all their products. The switching cost for the suppliers that Apple does rely on is quite low and these industries are also highly competitive and hence it results in almost all suppliers having incredibly low bargaining power.

The impact of key competitors in the Apple Porter Five Forces Analysis is as follows:

In the technology sector, there are several players that compete directly with Apple’s offerings. Some of these are Alphabet, HP, Amazon, and Samsung, all of whom are technology giants in their own rights. Any one of these could theoretically develop an ecosystem of products the way Apple has done and hence threaten Apple’s market share. Hence, this force is quite strong and Apple needs to beware of this threat. One thing Apple has done to mitigate this threat is to consolidate all the various stakeholders on the manufacturing side and to bring them all in its control. Hence, there is very little reliance of Apple on any of the other tech giants to manufacture its devices. The notable exception to this being Apple’s use of the Google search engine for which Google pays Apple several billion dollars every year just to make the Google search engine the default search engine in Apple devices. Hence, the company seems to be doing quite well to protect its position in the market.

There does not seem to be any threat looming up as long as Apple continues innovating and making products that are user-friendly, aesthetically pleasing and technologically superior.

To conclude, the above Apple Porter Five Forces Analysis highlights the various elements which impact its competitive environment. This understanding helps to evaluate the various external business factors for any company.