The threat of new entrants in the Starbucks Porter Five Forces Analysis can be explained as follows:

The threat from any new entrants into the market to Starbucks can be measured in terms of brand equity of the new entrant in the industry, supply chain cost and cost of doing business which can be considered the barriers of entry. Starbucks is a well-established name for specialty coffee, and as per its C.E.O., Starbucks is considered the third place away from work and home. For any new entrant, building such brand equity is hard and a time taking process and given the fact that Starbucks is already operating makes it even harder. With enough capital, supply chain costs can be taken care of, and similar is the case with the cost of doing business. Although there are other new coffee shops and cafes popping up every now and then, they are highly unorganized and do not pose any specific threat to Starbucks. With all these factors in consideration, the threat of new entrants can be considered less to moderate. 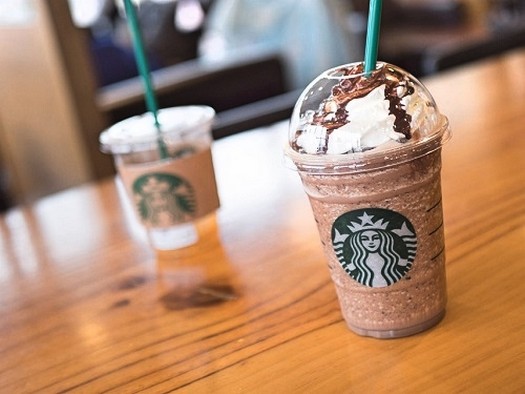 Below are the threats of substitute products of Porter’s Five Forces analysis of Starbucks:

But its main products are centered around drinks made with coffee, tea and cocoa. Any drink that can potentially replace them can be considered a substitute. Pepsi and Coca cola offer a wide range of soft drink products such as Coke, Sprite, Costa coffee, Georgia coffee etc. At the same time, there are local varieties of drinks from every country, such as Tea, Coffee and other beverages etc., that also have the potential to replace Starbucks coffee and other drinks. Some of these drinks that have caffeine in them, such as mountain dew, Sprite, etc., have greater potential to replace Starbucks coffee than others due to the similar post-consumption effect. Customers do not have to face any commendable switching costs to switch to the aforementioned substitutes. They are readily available in most stores in locations Starbucks operates at and are comparatively affordable compared to Starbucks products. Hence, it can be concluded that the threat from substitutes is high. Also people have home made options to have good coffee at home either using instant coffee like Nescafe or buying a coffee machine.

In the Starbucks Porter Five Forces Analysis the bargaining power of the customers can be explained as:

Buyers at Starbucks are mostly individuals purchasing a coffee for themselves, making purchases out of their individual conscience. They do not make bulk purchases and also do not exhibit any cohesive group behavior. Although bulk purchases are also made, they are mostly limited to corporations purchasing them and not individuals per se. This lack of cohesive behavior is an indicator of little bargaining power of buyers. But, it must be noted that there is a chance of buyers backwards integrating the recipes and preparing them by themselves for consumption or for retail sale. But, the brand equity and experiential benefit they can obtain only from Starbucks will not let them succeed.

Hence, the bargaining power of buyers can be considered less.

Following is the bargaining power of suppliers in the Porter’s Five Forces analysis of Starbucks:

The main raw materials required for Starbucks are all food materials. As per Starbucks official website, Starbucks does not cultivate any of its raw materials. Rather, it sources them from other farmers or suppliers as per the required standards put in place and are also separately audited for quality by third parties. They follow Coffee and Farmer Equity (C.A.F.E.) Practices that allow them to grow cocoa, tea, coffee and other raw materials in a sustainable and environmentally friendly manner. Given the fact that these raw materials are not something unique, they can be procured from suppliers that follow the standards. This would mean there is very little bargaining power for the suppliers against Starbucks, and at the same time, Starbucks is a large international firm, which lets it have more bargaining power over suppliers.

The impact of key competitors in the Starbucks Porter Five Forces Analysis is as follows:

Starbucks belongs to the specialty coffee industry, which is considered as one of the highest types of coffee. The competitive rivalry for the firm depends on mainly the number of competitors available in the market at the moment, product and brand differentiation and the switching cost of the customers. Currently, the main competitors to Starbucks can be all the local cafes, restaurants that serve coffee, other firms like Dunkin Donuts, McDonald's McCafé, Costa Coffee, etc., in the quick-serve restaurant segment and other specialty coffee brands available in retail as well. Given the fact that this belongs to the Food Industry, switching costs can be considered close to zero. As for the product differentiation, Starbucks offers a wide range of drinks and the experiential benefits associated with the outlets, but its competitors are equally large to contend that.

Owing to all these factors, competitive rivalry can be considered high for Starbucks.

To conclude, the above Starbucks Porter Five Forces Analysis highlights the various elements which impact its competitive environment. This understanding helps to evaluate the various external business factors for any company.